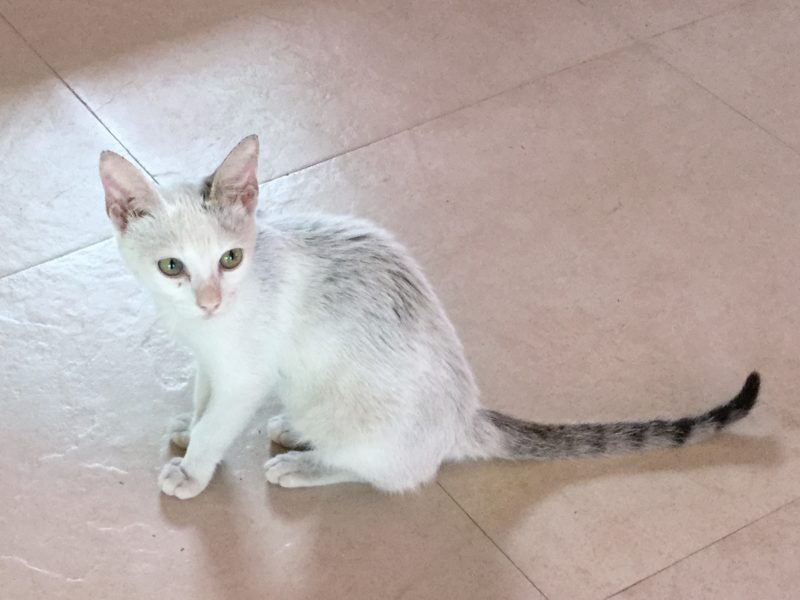 We have come to believe that the cat may prove male. Luckily Helsinki has no gender-specific connotations as the name for a cat.

Last night Irma woke up with it hissing and growling next to her in bed. She looked across the room and saw it hissing at another cat, black, white and orange, and twice its size. It leapt off the bed and chased the other cat downstairs, from where Irma could hear the sounds of fighting.

This morning it has leapt around in paroxysms of play-action like a cat that has won its first battle and won its spurs by defending its territory from invaders who will never dare to return.

The warrior cat will continue celebrating, running round and round the house and in and out, at full speed, until it finally collapses in an exhausted heap. I will catch it in a fleeting second of stillness.