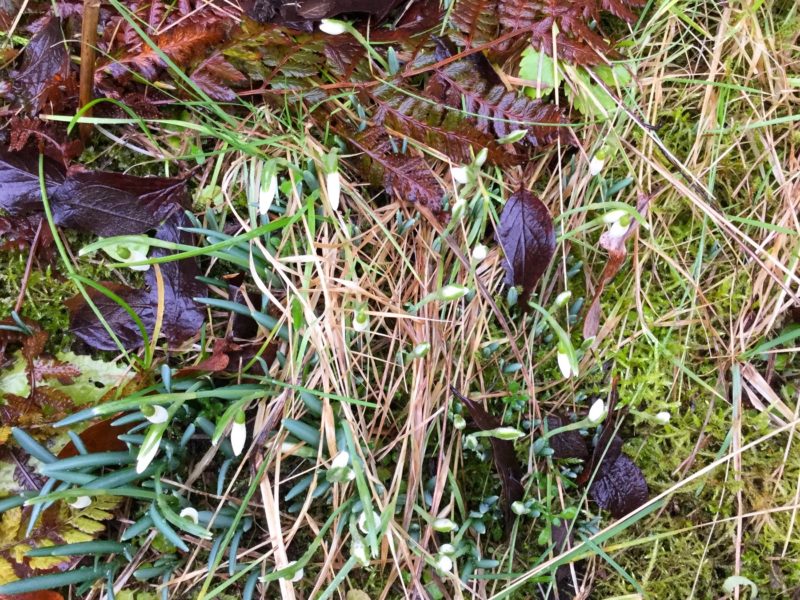 The rain has continued to fall for almost twenty four hours. No weekend walk for me today.

At 13:00 it stops for about fifteen minutes, before starting again and continuing the rest of the day. We have got the tail-end of Hurricane Dennis, the storm that caused chaos and death across England last week.

During the brief lull we venture into the garden. The white buds in this photograph will soon become snowdrops. They normally appear like this at the end of April or the beginning of May. We can also see other plants and small birds that we don’t expect to see until late Spring.

A sample of one hardly counts as something to draw conclusions from. However, this winter has resembled no other Finnish winter I remember. The temperature has risen to 8 degrees. If next winter follows anything like the same pattern then uncomfortable conclusions will get drawn.