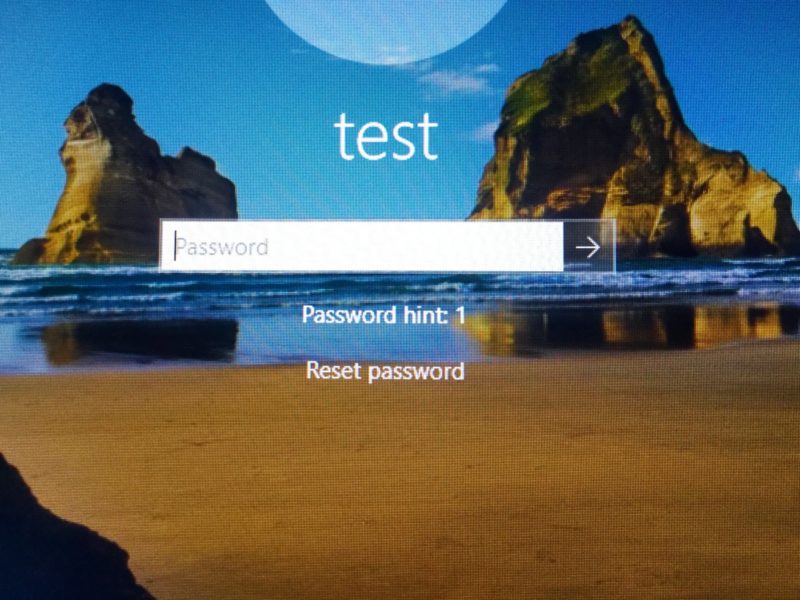 Today I finally finished the Snowcastle Valley website to the point where I don’t feel the need to fine-tune anything else. I have incorporated Font Awesome for the hamburger and Facebook icons, improved the colours slightly, standardised the fonts, and tidied up the self-documented css.

On Saturday I purchased an Asus all-in-one desktop computer (an Asus Vivi V2411UK-BA144T, fact fans) and I left Arcada immediately after the Media Management team meeting, in order to start setting it up. I bought it from Power’s outlet and saved 250€ for having a display model.

When I started it for the first time I found that someone had already installed the operating system. I also found they had set up an account called “test” and decided not to include any information about the password, except for the cryptic hint “1”.

I played around for a bit, seeing if “ABC123” worked. It didn’t and nor did any other passwords I could pull from my head. I phoned the Power helpline and discovered it operated from a premium number. I rolled my eyes and left the house for the bus stop.

When I got to Power I got taken on a guided tour of the shop until I finally saw the Support person. He suggested that I restart the computer with the shift key held down, which would send it into recovery mode, from where I could completely reinstall Windows and start all over again.

“I know that,” I replied, “but doesn’t that require knowing the password?”

“So that means that anyone who steals the computer can wipe it in minutes and keep it or sell it?”

“It isn’t as simple as that,” he said. “You have to restart it with the shift key down several times before it enters recovery mode.”

“Phew, that’s okay then. I just hope criminals never find out about this”.

He looked at me for a few seconds with a wry smile on his face and turned away to do something else.