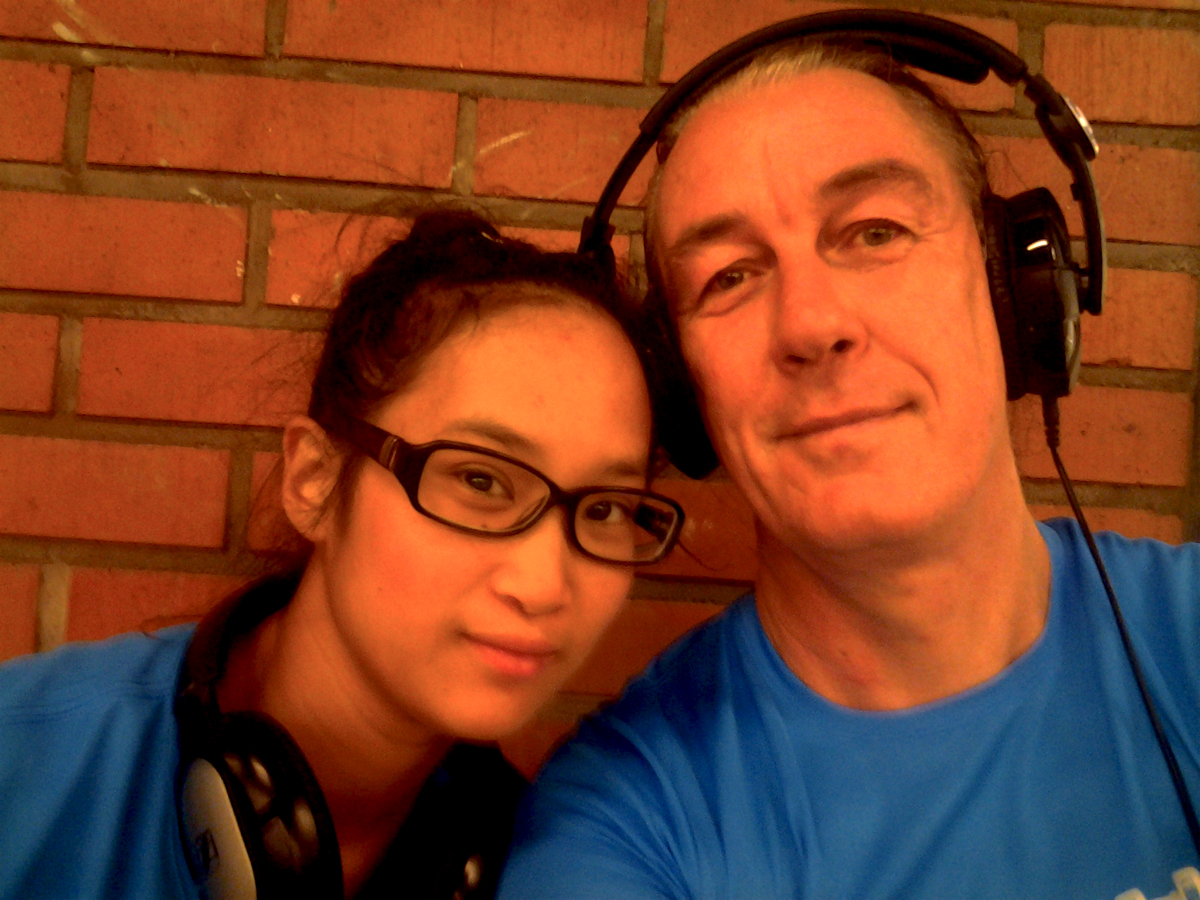 This morning Irma was in a very energetic mood. WE leaped up and took the car to get some oil. It turned out that it was completely out of oil and needed four litres. As we drove away from the gas station the funny knocking noises stopped. We then went to a bakery and to get a new battery for the car key.

By this point it had started raining so we went to Prisma to buy Naa and I some skin-tight running shorts.

We had a very late breakfast and an early dinner, and then Irma dropped Naa and I at Puotila in our running outfits, and we got the metro to Kaisaniemi. The rain was torrential and there was a howling wind. We walked to Senate Square wondering why we were even considering this.

The run started fifteen minutes late by which time everyone was soaked to the skin. As soon as we started the rain stopped and out skin-tight clothing dried rapidly. To our surprise and delight we did it. We had to walk between the 8 and 9 kilometre markers, but we did it. At the end we were both elated.

Now we are in Itäkeskus waiting to change metros, and I am taking a photo with my Samsung Xcover phone. Irma will meet us at Puotila again and drive us home for showers. Later I will look online and see that Naa completed the ten kilometres in 77 minutes (or 1:17:53), and I did it in 78 minutes (or 1:18:49, to be exact). Next time we will start in a faster group and not have to spend the first four kilometres trying to find a way through the slowest joggers.