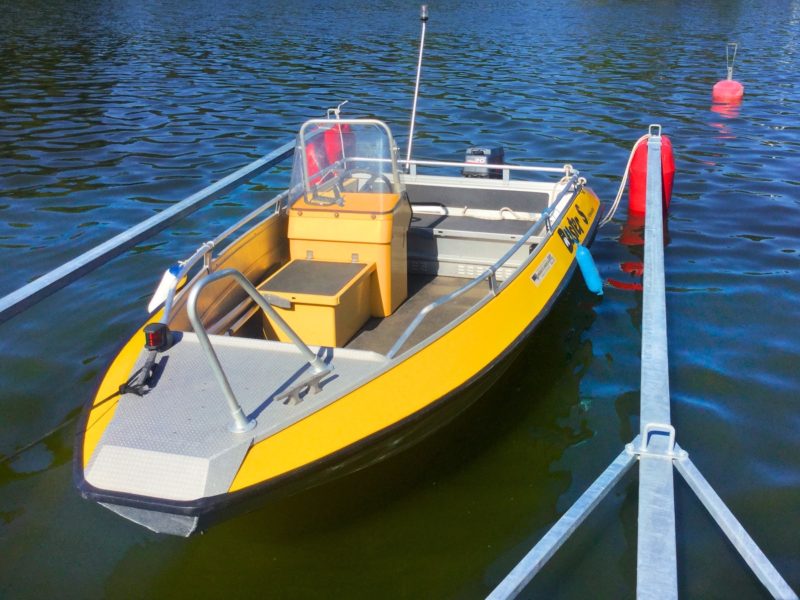 A day of surprises.

The Indian Embassy sent an email to tell me that they would after all like me to attend the farewell party for the ambassador tomorrow. I had previously understood that only a few select guests would go, mainly those with official positions in the Finnish Indian Association.

This happened just after I had made plans to stay in Sundö and write the first of my intended essays. I hastily rethought. I went to the sauna house and started working at a furious pace. Three hours later I had all my research material assembled and the outline structure in Scrivener. In fact I had approximately 2500 of the intended 8,000 words written.

Irma then announced that she has seen someone advertising a Buster for sale in Pellinki yesterday in an online news group. She went off to look at it with Ann-Sofie and then came back to fetch Mika. An hour or so later and we had suddenly become the proud owners of a yellow Buster S, not very different from the Sun Buster we owned years ago.

We took it out for a drive and now we have successfully berthed it. I photograph it bobbing up and down off the jetty.

We will finish the afternoon by taking the wooden rowing boat out for its first journey in two years. It will remain almost watertight and we will have a meditative rowing session around the bay.