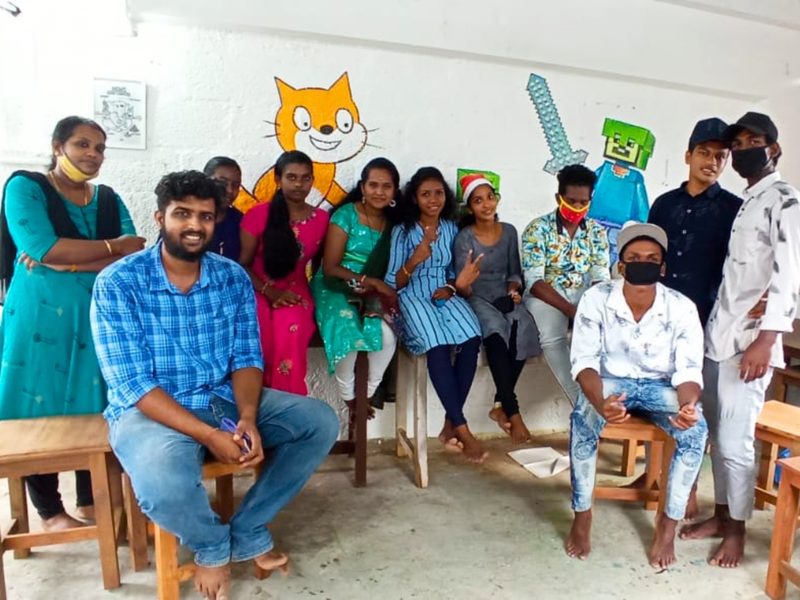 I have a long WhatsApp conversation with Sahan in the early afternoon concerning the laptops at SISP. The monsoon season has apparently rendered them all unusable. Sahan has taken his back for repair and it needed a new keyboard. Now he has travelled to SISP to collect the others and take them for repair.

He sends me a lot of pictures of the graduation ceremonies at SISP today, as various students received their certificates. He includes this image which shows Simi, Sahan, and the entire DGD crew, taken in the club room a couple of hours ago.

I feel a tremendous desire to go there and stand there with them: to see them, and makes jokes, and sit in the sun.

Later we will come to realise that the business about the laptops has become more complicated than we expected. I will still want to sit there right now.