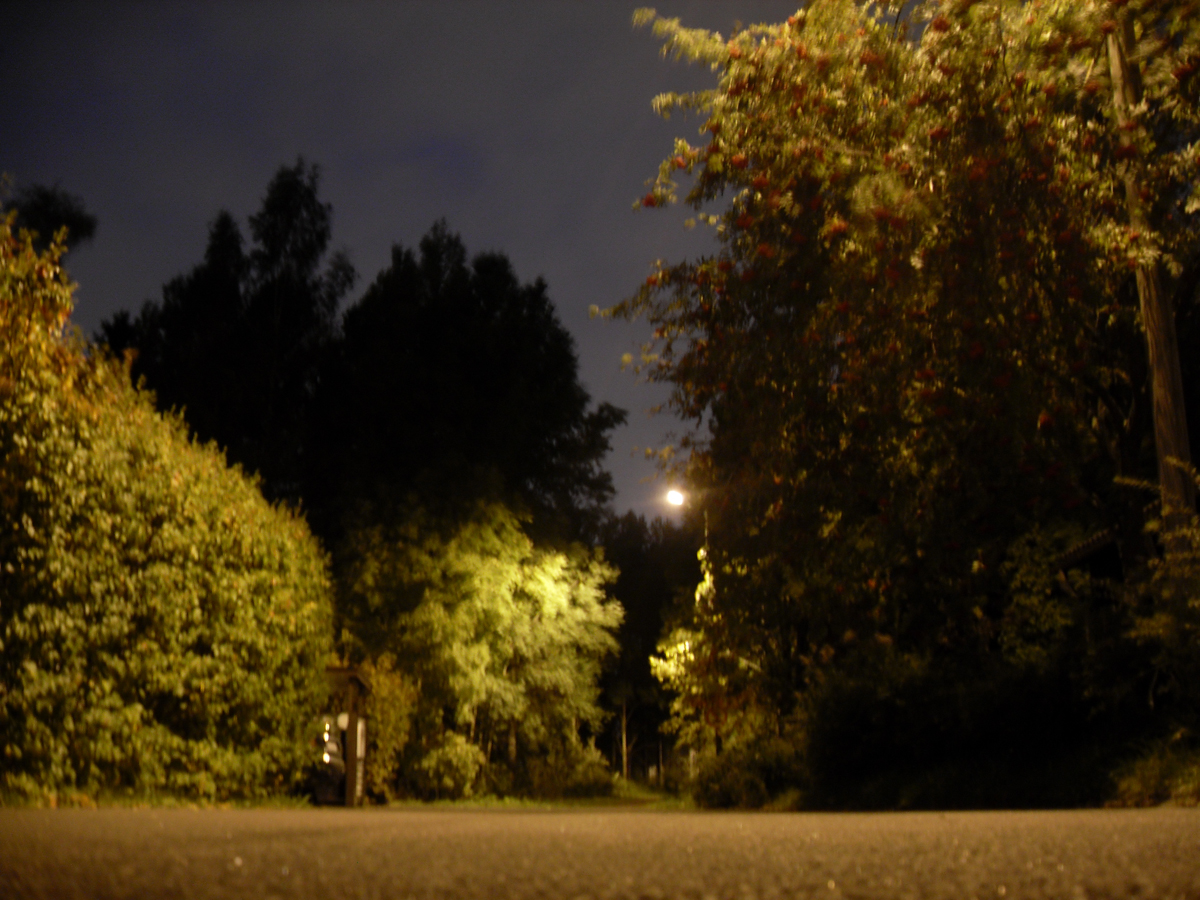 I spent the morning with Content Management Systems, during which we looked at the Disqus comment system. I added it here as part of the demonstration, and then tidied it up in the afternoon. I also sorted out a bunch of interconnected problems to do with some of the students’ ftp accounts.

I posted a trouble ticket with Left Coast Logic yesterday because Smart Pad no longer syncs since the upgrade to iOS6. I received a lengthy reply so I carried out the instructions. Nothing was fixed at the end, so I wrote a longer reply bac

On the way home I found a lost transport card on the road. When I prised it out of its folder it turned out to be Oona’s, the next-door teenager. I took it round to her mother.

Now I am at home. I have vacuum-cleaned and polished the taps, and the girls have arrived back from tennis and music lessons. It is dark outside and I am in the road doing some photographic experiments with a cheap camera. Some of them produce an eerie, cheap sci-fi film effect. Others are just blurry messes.