Summer saw me reading a lot and, since I can never remember exactly what I read and when (and who wrote it), I have decided to make a list here as an aide memoire.

1. I reread Raymond Chandler’s The Lady in the Lake for the first time in about thirty years. It made me want to read the rest of the Marlowe books (in order of course).

2. Irma’s mother recommended Colson Whitehead’s The Underground Railroad to me and so I ordered it from the library. So apparently did half of Helsinki because it still has not arrived. Instead I ordered his novel Apex Hides the Hurt which arrived in two days. I liked it very much. I found it clever, funny, and very acute about race relations in America, but in an oblique way that did not diminish the power of his observations.

I then ordered his first novel The Intuitionist which I have almost finished as I write this. I would make the same observations about this one. I will also add that this one has a denser more obviously allegorical plot about the history of elevators and the historical battle in the world of elevator inspection between empiricists and intuitionists. It feels denser too, whereas Apex Hides the Hurt has a cool, laid back feel to it. 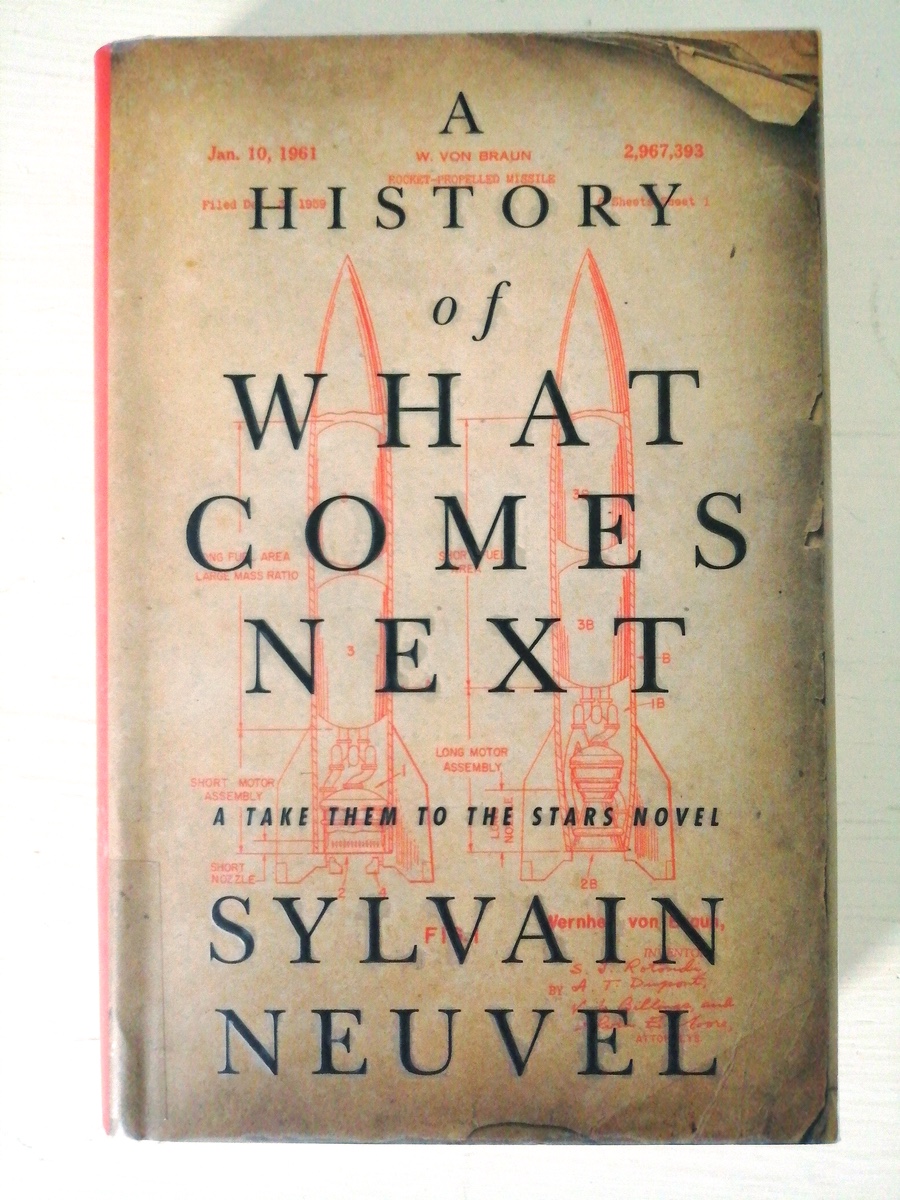 3. While collecting a Colson Whitehead from the library I glanced at the table of new books and saw A History of What Comes Next by Sylvain Nouvel. Never having heard of the author or the book I borrowed it.

I thoroughly recommend it as a high-concept adventure that also acts as the first third of a projected trilogy called Take Them To The Stars. That makes it sound like science fiction and I don’t necessarily think I would count it as that. Not quite. It takes place in the first six decades of the twentieth century, with flashbacks into the further past. It involves a lineage of mothers and daughters. I don’t want to say more.

4. After a conversation with Mark I reread em>Maigret’s First Case, somewhat reluctantly since I remember all of the Maigret books as existing at the dull end of dullness. I found it more interesting than I expected. It has political opinions and little real interest in crime and detection. At the end the chief villain buys Maigret a long, boozy fish lunch in which he explains what really happens after which they leave to continue their lives, no arrests having happened.

I might happily read another one in order to make a comparison, but I have no burning desire to read the whole series in order as Mark has just done.

5. On the other hand, The Broker by John Grisham left me feeling as though I had had an uninterestingly bad dream. It reads more like a lengthy plot synopsis than a novel. The characters have no character and the protaganist offers no reason for us to sympathise with him, or have any interest in his predicament whatsoever, except for the fact that it is rollercoaster-style “exciting”. What’s more, the end makes absolutely no sense whatsoever, even by the internal logic of the story.

Let me spoil it for you: he goes back to Italy to start a new life with the Italian woman who helped him in Milan, having decided he has messed enough people’s lives up with his ambition and greed. Fair enough, you say. The book clearly establishes though a page or two earlier, that the world’s deadliest assassin, a Chinese agent, has found his trail and “will never give up”. So his decision to start again with this innocent Italian woman will inevitably get her killed in the imaginary next chapter. The book doesn’t end. It just stops.

6. I read Albert Costa’s The Bilingual Brain, another popular science book that loves a good anecodote. Usually this gets balanced to some extent by lengthy footnotes pointing you to the anecdote-free actual science. Not here, though.

7. I read Miyoko Schinner’s Artisan Vegan Cheese which I loved, and intend to use as a guidebook for my forthcoming adventures in fermentation. In my head it falls into the same mental category as David Allen’s Getting Things Done: a set of brilliant ideas with matching practical techniques that could have appeared as a 16 page booklet except without bulking it out somehow you won’t have something saleable. In David Allen’s case he bulks the book out with examples and, wait for it, anecdotes. In Miyoko Schinner’s case, perhaps more usefully, she includes recipes and serving suggestions.