One thing we learned about Porto before we arrived involved the existence of a unique sandwich: the francesinha. We knew we had to try one.

According to Wikipedia a francesinha ”is a Portuguese sandwich originally from Porto, made with bread, wet-cured ham, linguiça, fresh sausage like chipolata, steak or roast meat, and covered with melted cheese and a hot and thick spiced tomato and beer sauce. It is typically served with french fries”. It looks like this. 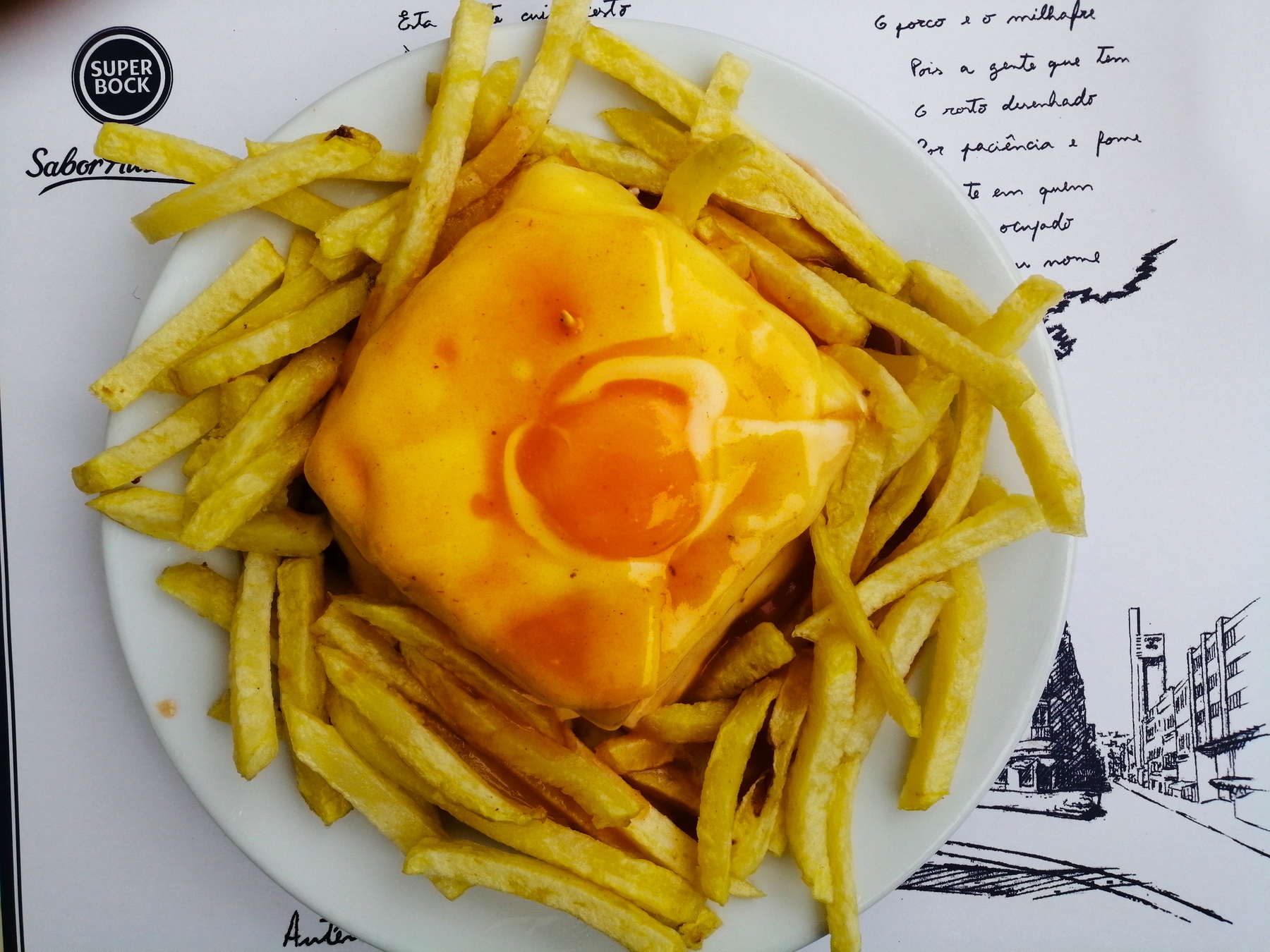 Again according to Wikipedia, ”Daniel da Silva, a returned emigrant from France and Belgium, tried to adapt the croque-monsieur to the Portuguese taste when he moved to Porto. He first made the sandwich with local meats and his special sauce in 1953 at ‘A Regaleira’, a restaurant in Rua do Bonjardim”.

This must count as one of the biggest misses in history. The Portuguese tosta mista resembles a croque-monsieur. The francesinha resembles an attempt to assemble every meat available in the city, as well as everything else in the kitchen, into one gargantuan mess and to then celebrate that as a triumph.

We had ours at a specially recommended restaurant Santiago da Plaça, where we had the unique house special: the Francesinha Santiago®.

Neither of us managed to finish our plate. Only the fact that the restaurant stood 200 metres from apartment allowed us to get home afterwards.