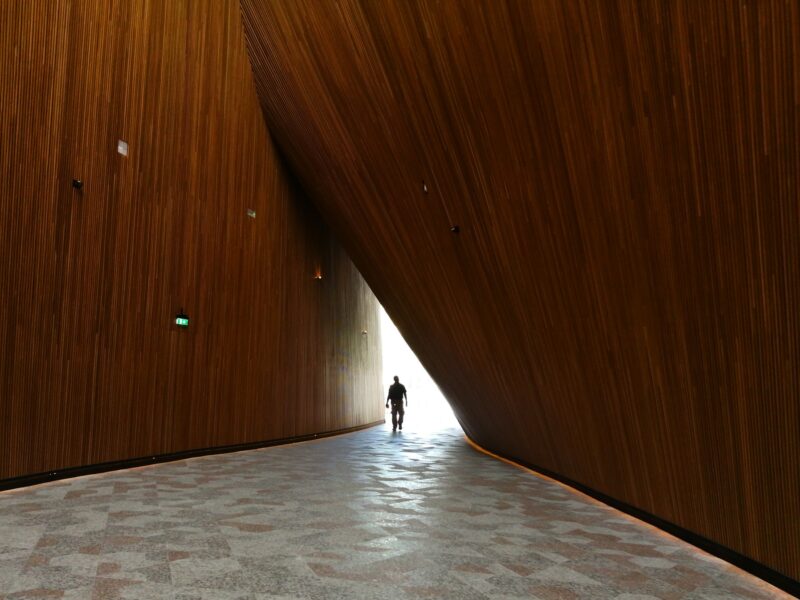 This time we had rehearsed, we knew what to do, and we knew how to do it. The result? We explored 17 nations in one day.

We started with Luxembourg which had the best imax surround sound immersive experience we have seen so far. Full of whooshes and mind-boggling visuals it displayed ”facts” as single lines of text that zoomed past occasionally. Who knew Luxembourg had a steel industry? Who remembers Radio Luxembourg on swinging 208?

The route through the pavilion also ended with a 21 metre slide for a minute of real-world excitement.

We finished with the raucous and rude after-dusk dancing and drumming of Angola. In between we saw enough to establish some patterns.

All countries decide whether to show or tell. In every case so far telling has proved a losing strategy. Show me a wall display saying “In the last 5 years over 270,000…” and my eyes shift elsewhere. When elsewhere shows another display saying “43 MILLION new…”, I feel an urgent need to leave the room.

Russia won today’s showing contest, with a display called The Mechanics of Wonder that focussed on a detailed breakdown of neuroscience and featured a giant floating brain and some thundering assertions.

MY SELF is my neural HYPERNETWORK: not a warehouse but a network. CONSCIOUSNESS is the traffic in this network. LEARNING IS A PROCESS OF CHANGES in neural interactions. CREATIVITY is the process of solving a new problem by CREATING A NEW pattern of CONNECTIONS. It is a spark between previously unrelated concepts.

Nothing explained why Russia wanted you to understand neuroscience but, nonetheless, that constituted everything they wanted to tell you.

Botswana had a simple, inexpensive, poetic and moving pavilion where we spent a long time. Finland’s pavilion suffered from untreatable schizophrenia.

The Mirage Oasis offered a wonderful wooden space which made everyone silent as they entered. A second such piece, a real ice hotel, for example, would have made for a genuine crowd magnet. A takeaway book of Finnish Facts would have completed the job and demonstrated both confidence and Nordic design.

In real life, however, the Mirage Oasis stood right next to a small and deeply mediocre “tell, tell, tell” exhibition that looked as though it had got thrown together at the last moment by certified dullards.

Its brevity constituted its only saving grace.