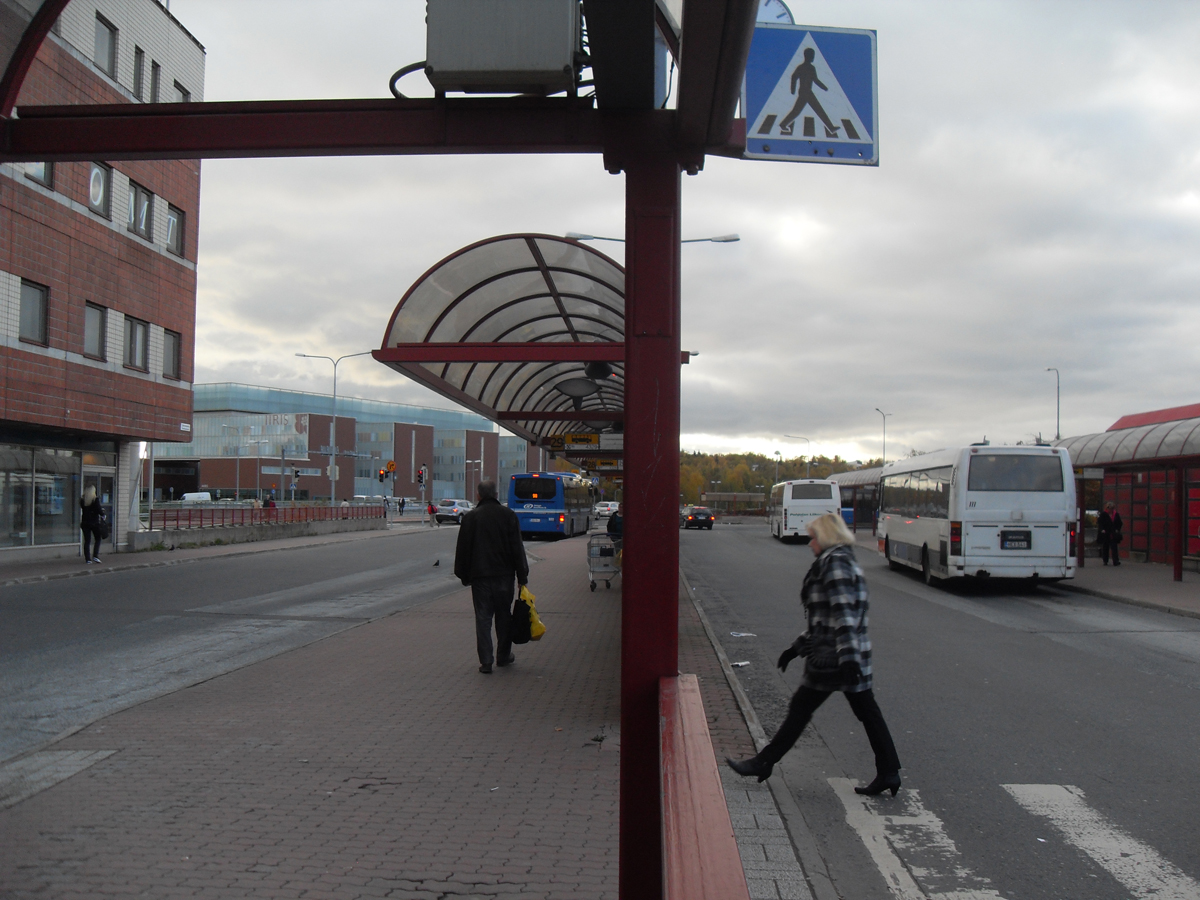 Naa was at Kamppi last night so the cat and I had each other to talk to this morning. The cat did a lot of talking, most of it about an increasingly urgent desire to get out of the house and into the woods.I said very little.

I spent the morning getting the CMS group off the starting blocks and into the first lap of their final project. Most people did fine, and some people did better than fine.

While doing this I learned that Monday’s team meeting has been cancelled because Tommy will be in Greece next week putting his boat up for the winter. I also agreed to test Pocket Informant Online, since I already have Pocket Informant and gSyncIt. If the two week trial works, and I am happy at the end of it, then it may become sort kind of model of best practice (or not storing stuff on Google, as it is known officially).

By 13:30 almost everyone had left the building, or at least the parts of it that I could see, and so I packed my laptop away to take home. With Monday cleared it occurred to me that I might actually finish the first part of the thesis sometime in the next ninety six hours.

Now I am waiting for a bus in a strangely empty bus station. Maybe other people know something that I don’t. When I get home I will do some tidying up and prepare Auo’s room to act as a weekend office. Naa will phone the vet for me when she gets home, and at 19:00 we will be there watching Sunshine get his stitches removed. I will buy the world’s most expensive bottle of pet-friendly disinfectant, and we will drive to Prisma for some weekend shopping.

Since we will drive past it on the way back from the vet, it hardly seems worth delaying the shopping until tomorrow morning. This plan will also result in the appearance of Iso Tuplasalami pizza for dinner.