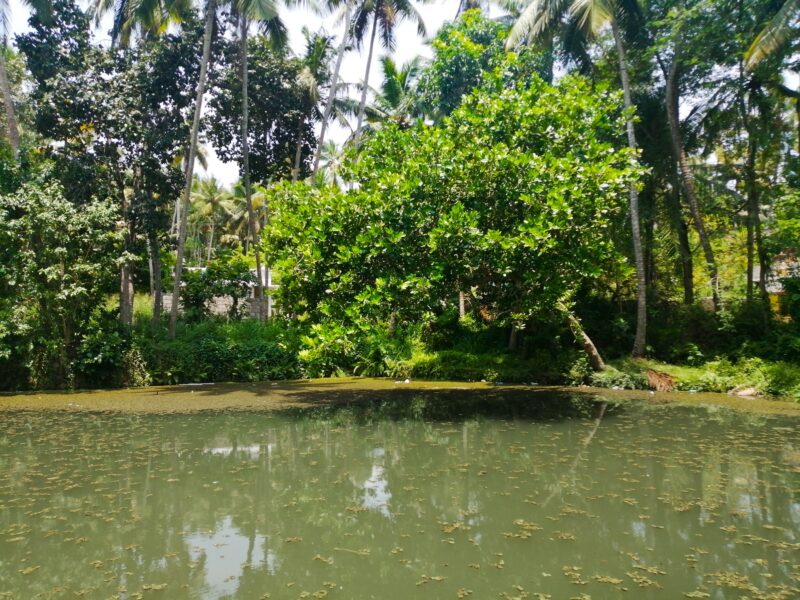 None of the roads around us seem to have names. The main roads do, but not the side roads and paths that branch off them. This makes describing where I want to go quite difficult: I have to do it by reference to landmarks or people’s houses that I and the driver might both know.

I suspect that local people have another method; or perhaps they and the rickshaw drivers simply both know all the same people so directions like “just past Sanu and Mona’s house” always work.

I thought all this as I walked to a lake that Irma had spotted a couple of days ago when Rajeev used a surprise shortcut. I could walk there in five minutes but I had no idea what roads I walked down to get there.

When I find it I stand there looking and then photograph it from a number of different angles.