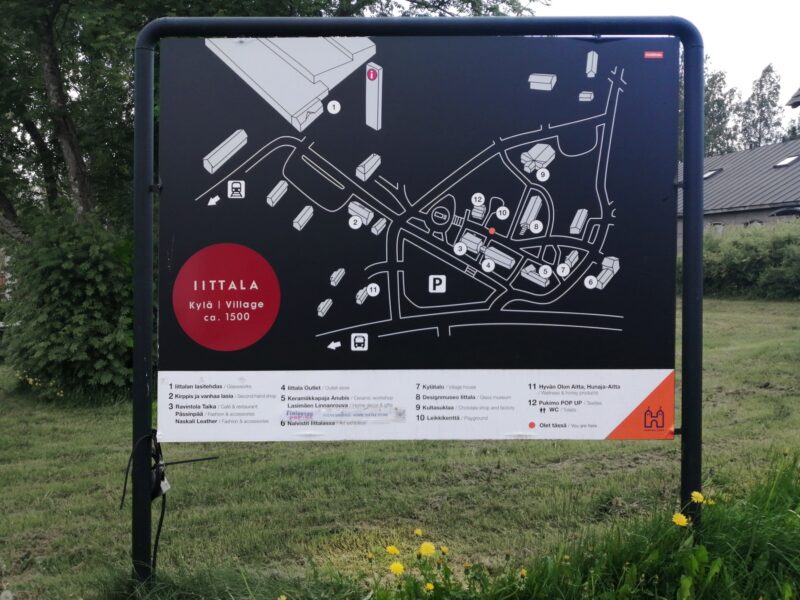 On the drive back from Tampere, we decide to stop at the village of Iittala, to look in the iittala showroom there. Like a number of other Finnish brands (Fiskars and Nokia spring to mind) the company gets it name from the village where it began. In the case of Fiskars and iittala the companies continue, in part at least, in the same village.

We wander around the showroom and I take a photograph of the map of the “village” that has grown up around the glass factory as a stopping place for tourists.

Iittala has had a number of owners as it has grown and now forms part of the Fiskars group, along with Arabia pottery, Hackman, Royal Copenhagen, Royal Doulton, Waterford, Wedgewood, and a few other brands.

Later we will stop again at Ullan Pakari, which also remains Finnish, to nobody’s great surprise. They makes excellent bread though.