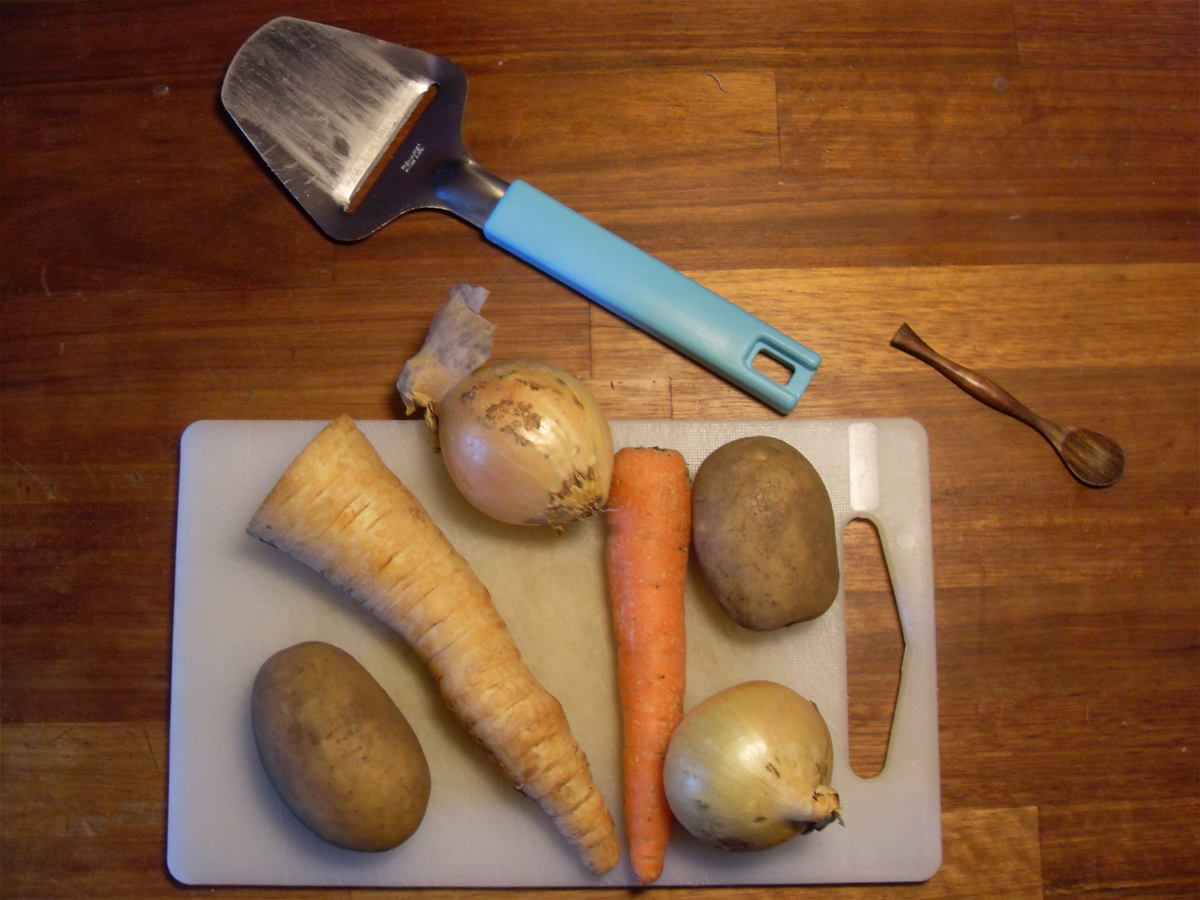 This morning I got up and did more writing. I tried to reinstall Pocket Informant on my Android phone and it didn’t work. I reset my phone and started again, and then wished I hadn’t. Hours passed and I finally had a phone that almost worked like it used to. While Evernote and Pocket were downloading data I did more writing…

Later I did some raking before I started raining heavily. Once it started I drove to Prisma for the weekend shopping. The fridge needs to have some reassuringly homey things in it for when the Global Travellers return early Tuesday morning.

When it stopped raining I cycled back to Prisma. I had forgotten to buy a turnip, and one of the homey things I promised was a big pan full of winter vegetable stew. I managed to cycle both ways before the rain started again.

Irma and Auo appeared on Facebook and all four of us had live chats in various combinations. Naa and I ate roast chicken, we checked that the house was tidy, and I drove her through the rain to the metro station. School starts again tomorrow and it starts very early. She is spending the night at Kamppi.

Yes indeed: once I have smelled the stew I will be going to bed.