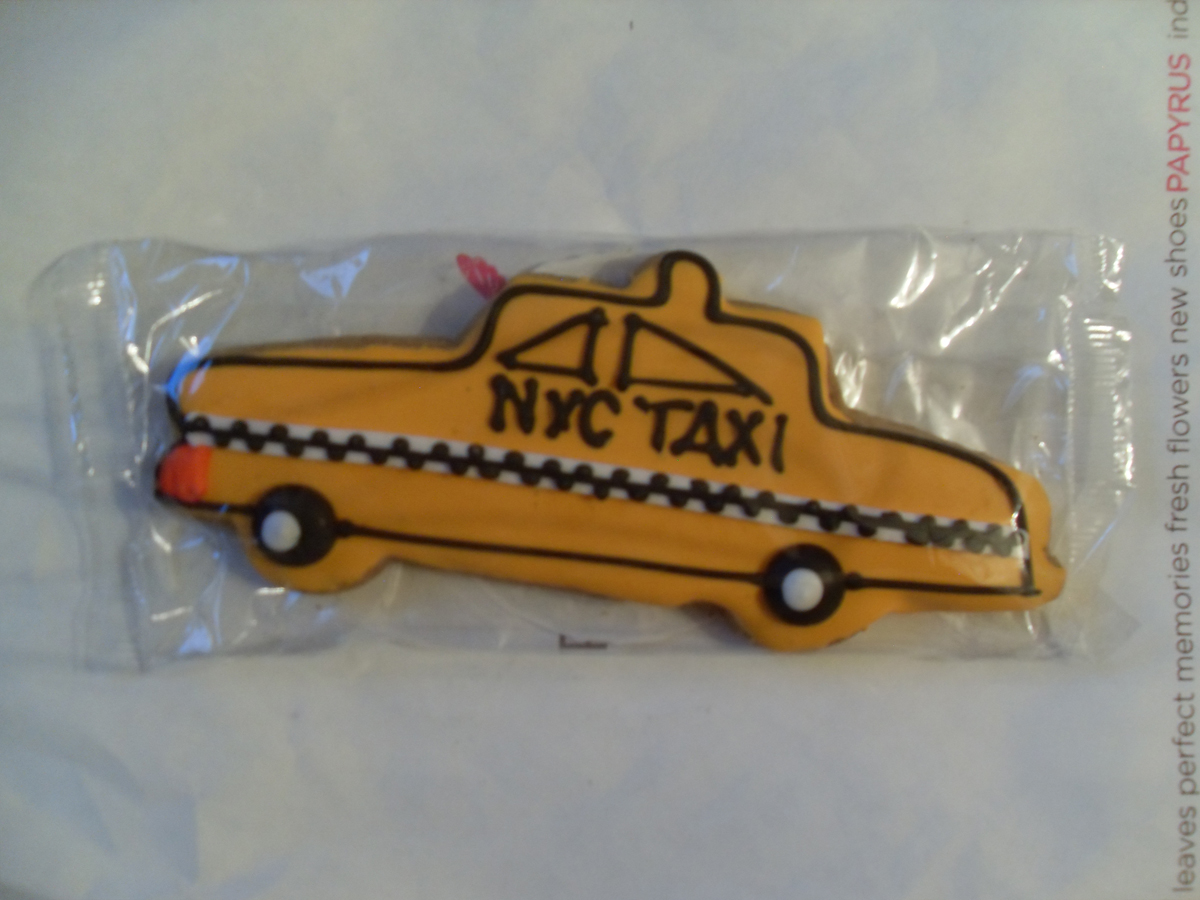 Auo phoned from the airport while I was on the tram. They had just arrived after two almost sleepless nights on planes, and were waiting for their bags. She talked and talked in a happy but out-of-body way.

In the morning I guided a dozen students through the final week of the first project for the Advanced Web Apps course, after which I met Shuhua Liu, who is Arcada’s new researcher. Her role is to develop business analytics, and my job was to see if her work would fit into the Media Masters degree course in the Spring. Yes it will.

After this I worked with Maija on NPCs for OpenSim. We now have lift-off, and we both think that we have (or almost have) a complete toolkit for building the kind of game-like responsive world we were discussing about two months ago.

Now I am at home, listening to stories about Chile and New York. Irma has brought me a decorated shortbread cookie in the shape of a New York taxi from Eli Zabar, and she is telling me how she was so tired in New York that, when she discovered that credit card holders could get wifi, she went up to the Info Desk and said, “I am Mastercard and I want wifi!”, realised what she had done, and was too tired to correct it.

Later I will look at some completely extraordinary photographs of the Atacama Desert, where the Thirsty Travellers spent four dry and dusty days.