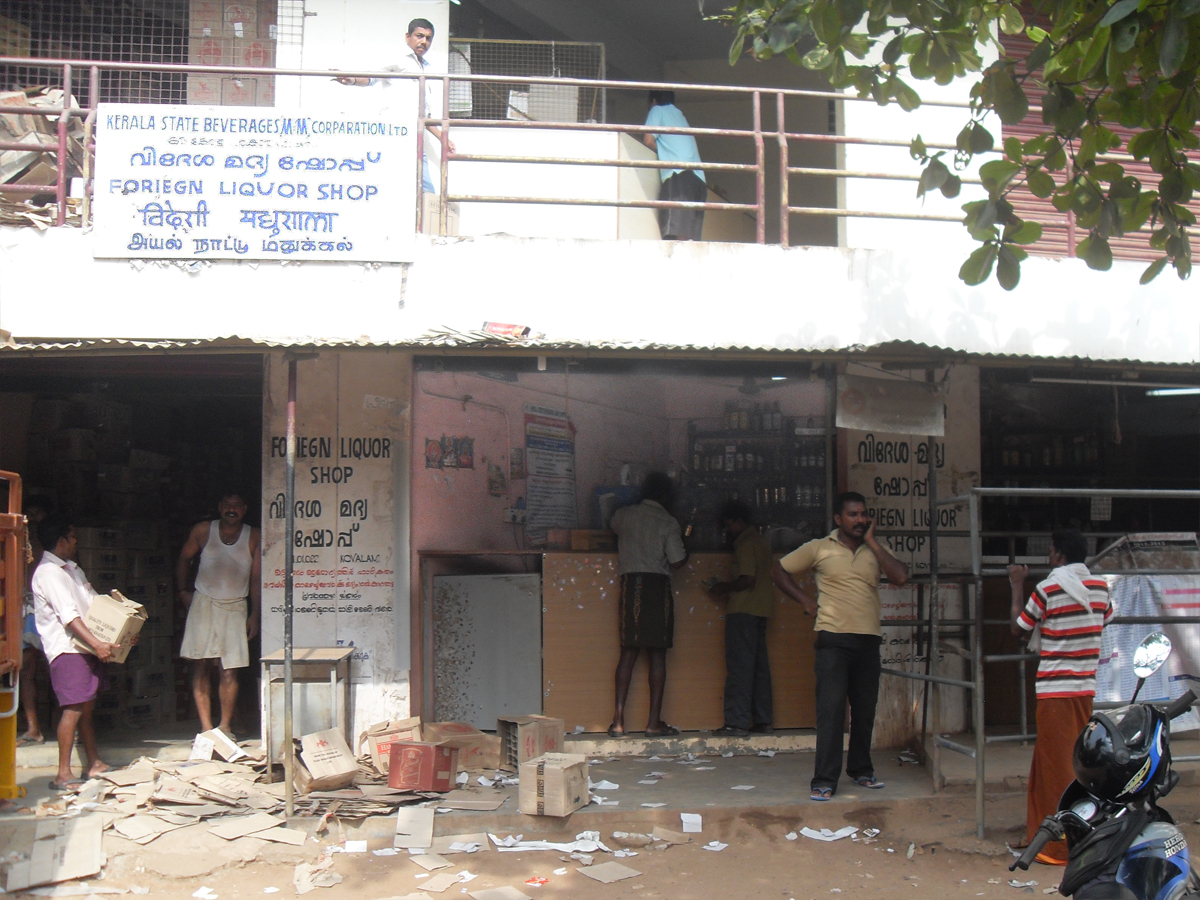 Unusually we both woke up at 7:00. At 7:30 I got up a nd Irma went back to sleep. I wrote until breakfast while several cats arrived in turn to eat, sit and leave. Auo counted six.

At 11:30 Irma was overcome with a need to visit Fabindia in Trivandrum. We phoned Anib to find the address and then called a taxi. The cab had no air-conditioning and the driver made no concessions to our sensibilities. He drove as fast as possible into any gap on either side of the road, i liked it.

Now we are on our way back. We are passing one of the two beer shops in the district and so we pause to stock up with a box of Kingfisher Extra Strong.

At home Irma will begin packing: the magical process in which she somehow crams a mass of stuff into half the space it appears to require. By the time we eat, three of the six suitcases will be packed.

We will eat home-made chicken and noodles in cream sauce, and then go to bed early. Irma will get up and read for two hours. I will sleep till morning.