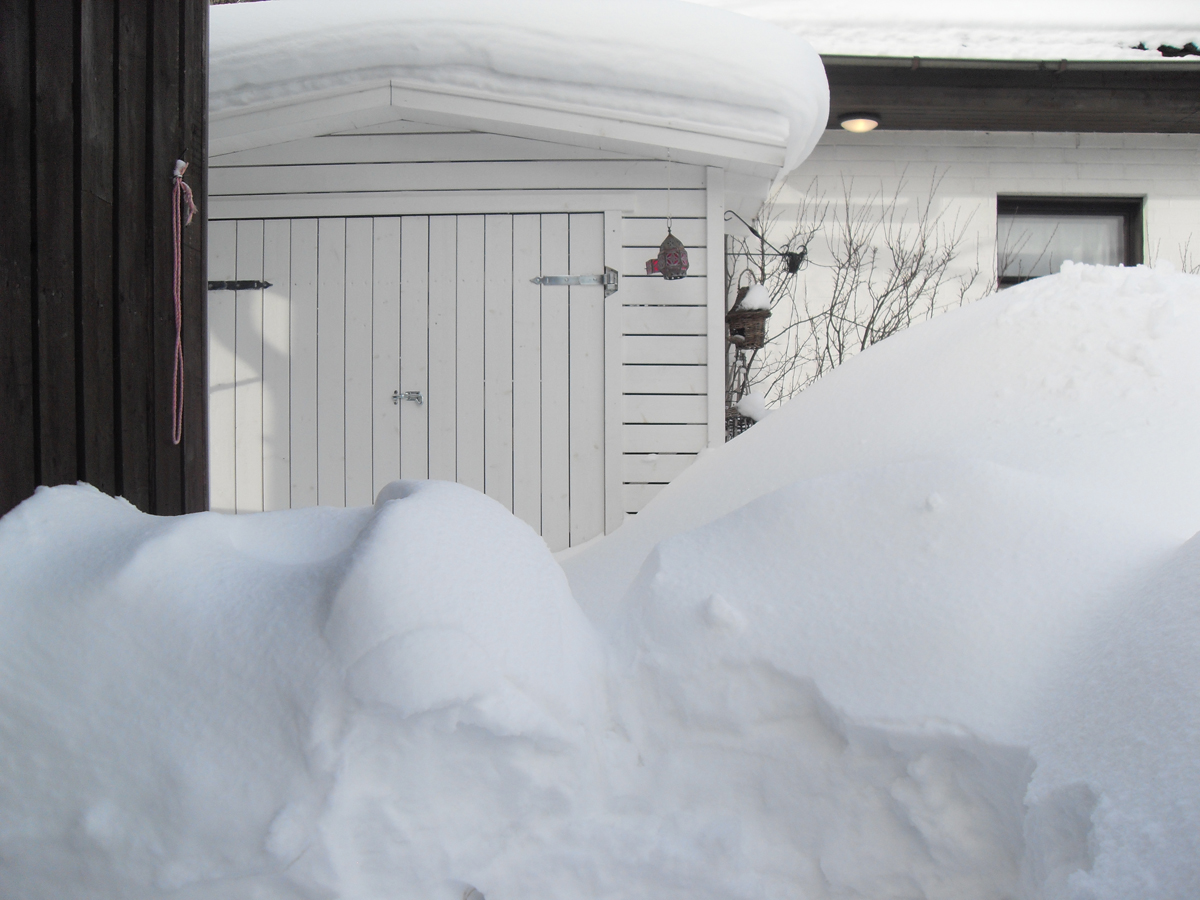 I had been planning to write all day today but I learned that I had to attend a meeting in the morning, about which I have nothing to say whatsoever. On the way back, as I neared home, it finally stopped snowing. According to Helsingin Sanomat there has been 75cm of snow at the airport in the last forty eight hours.

On the way home I stopped at the supermarket again to buy more sachets of Pirkka cat food. The cats seem to have developed bottomless appetities.

I am standing in the garden looking at where there were three paths joining on Saturday morning. Each path had been cleared right down to the ground. I have cleared one of them and this is where the other two should continue: one to the log shed and one to the right down to the compost bin. They have gone missing, and I am too tired to face bringing them back. There is now no room to put any more snow, except to drag it down the road to the woods, and, mysteriously, our road is the only one in the entire locality that has not had a snow-plough along it.

The road is therefore close to impossible to walk down or indeed drive down.

As I staggered down it to the bus this morning several neighbours were trying to clear enough snow to get their cars out of the road and onto the highway. The road is scarcely one car wide and has ruts that are axle-deep. If the temperature drops suddenly and the road freezes it will be literally impassable. Even as it is now, any doubts I might have held about the necessity of four-wheel drive have completely evaporated.

Having said all that, I spent the late afternoon and evening working alternatively on my writing and the coding for this site. By the time I stopped to go to bed I had done as much as I had intended during my Serious Writing Weekend, if not more.