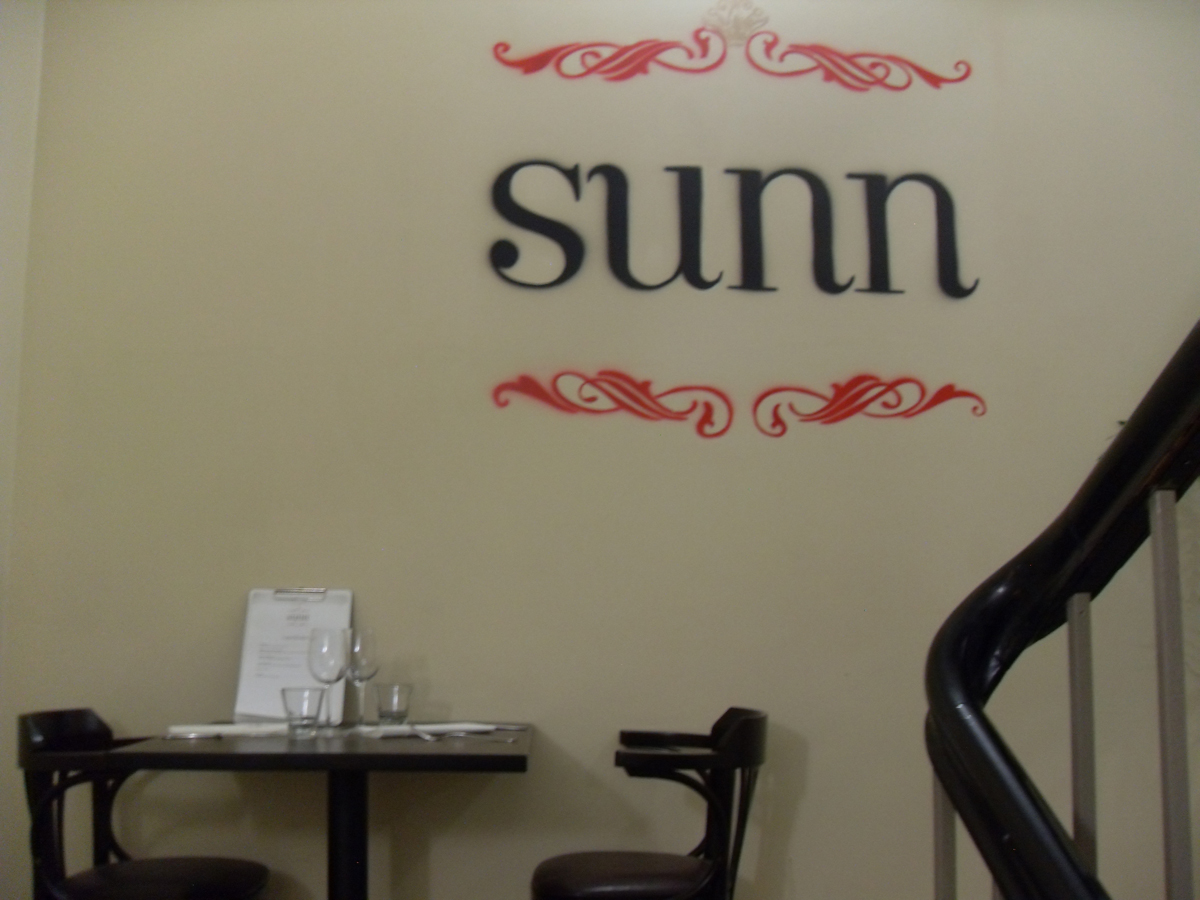 I have spent the whole day in a meeting at Helsinki University between Soc&Kom and Arcada’s Film&TV group. WE have been planning future cooperation. I was in a very useful and interesting group and our plans took the form of deciding to meet again on May 13th.

The day finished with a meal at Ravintola Sunn opposite Senate Square. I had pheasant terrine followed by a very modern surf n turf, where the prawns had been made into a jelly that lay sliced on top of cubes of steak.

Now I am leaving to get the metro home. When I get home at 20:10 I will find that Irma has got flu and is furious that I have had my phone on voiceless and thus not been able to race home. Looking at my phone I will see that Auo sent me the first message at 17:08, which was approximately eight minutes after the meeting ended, at which point I checked my phone for the last time, put it in my bag, and began the walk to the restaurant.

We will all go to bed early.