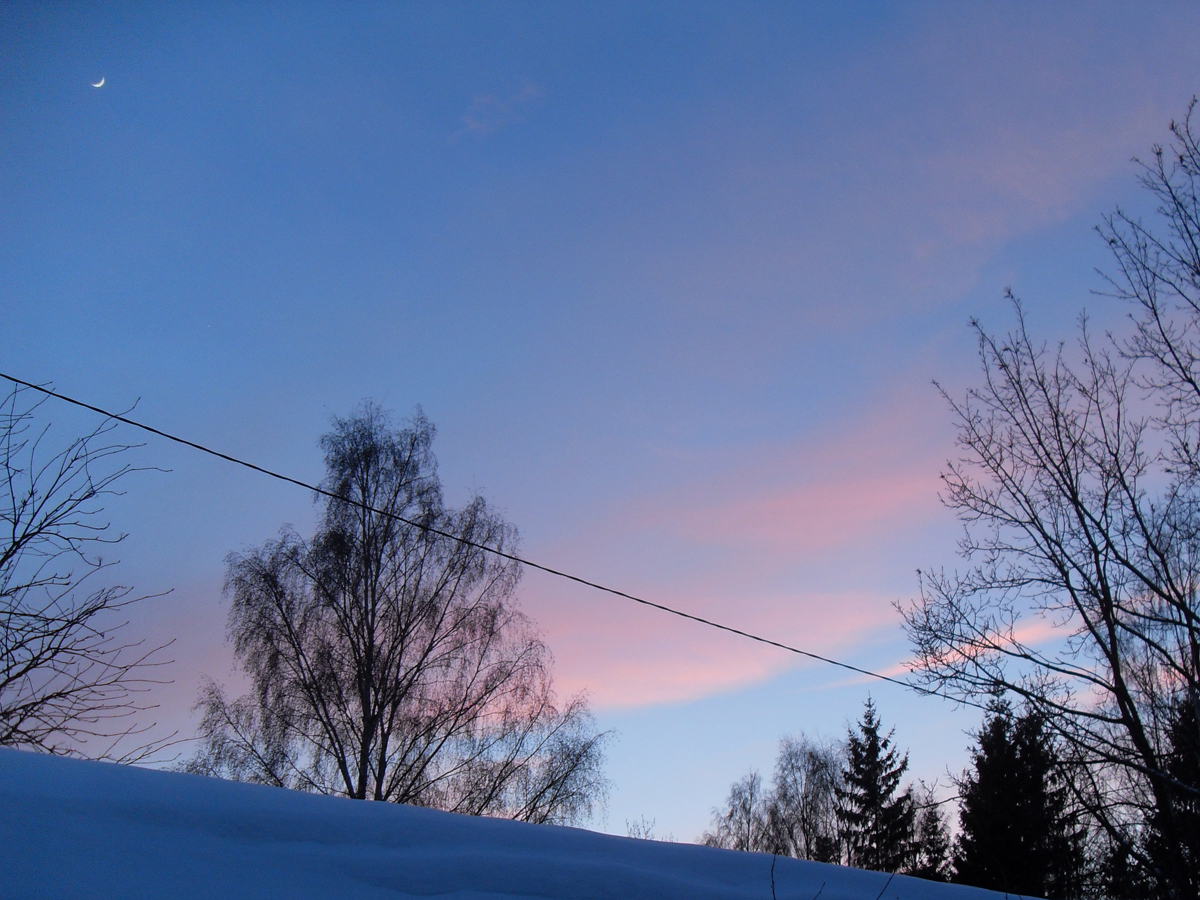 It had snowed again in the night but the sun was working hard this morning and the sky was bright blue. I decided to clear last night’s snow in the hope that the ice underneath might start to melt. While I was doing that I heated the car, and when the snow was cleared I drove to Prisma for milk, bread and vegetables.

When I got back I realised that the ices was melting where it was thinnest so I spent fifteen minutes with a spade helping it along. When I finished there was a large spread of completely bare driveway and I was so happy I decided to go for a walk in the woods.

Refreshed, I reheated yesterday’s chilli; chopped some tomato, lettuce, onion, and jalapeno; warmed some tortillas, and Naa and I went Mexican again. This time we managed to fold the burritos without the filling dropping out.

While I was doing this Irma phoned from Delhi to say that the madness in Katmandu has been capped by a little old Frenchwomen dying in their hotel, after Irma had been comforting her because she didn’t feel well.

Here, everything remains relatively normal and I will while away the hours reading, writing, and coding. Three tasks and a penchant for displacement activity: at least one will get done!

Looking out the window I see the red of the setting sun, with the crescent moon already clearly on duty.