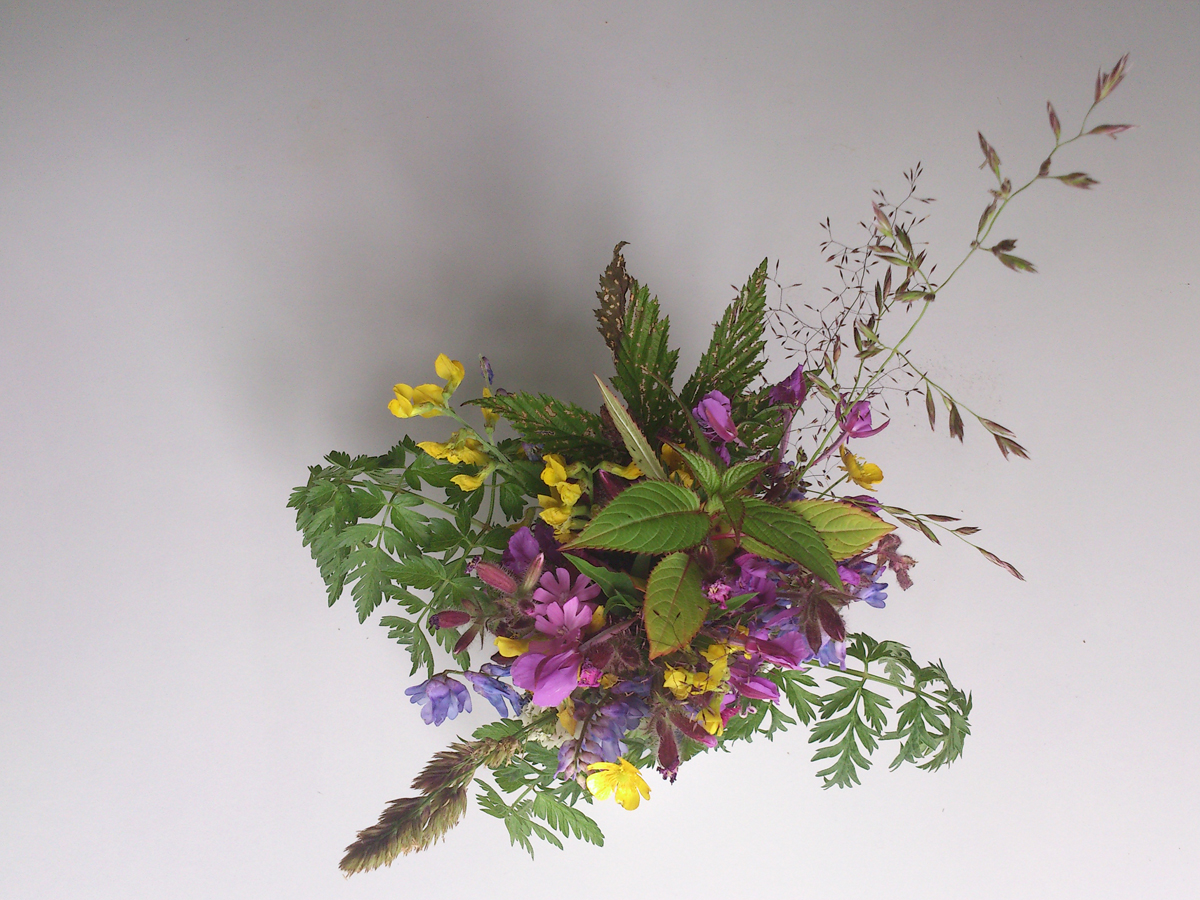 It was cold and wet when we woke up, so we went back to sleep and woke up later. It was still cold and wet, but not actually raining.

We have had a late brunch and driven to Ann-Maj’s to talk with her and buy flowers. We then drove to Pirjo and Jammu’s. Now we are at home again and Irma has been collecting flowers from the garden. Here they are.

Later we will go to a very remote house on Sundö, whose existence we had never even suspected. This will involve driving the car through a moonscape of rocks and holes, before abandoning it and walking for a kilometre through woods and up a hill.

After this the girls will help with the hay work that is slotted quickly into a brief dry period. The hay work will end when the rain starts again, and Irma and I will go off to see Erika and her husband, before stopping for huge ice-creams from the kiosk where Ann-Sofie is working.

The visits were all connected in one way and another to a letter that Irma and Camilla have written and signed and, more distantly, to the recent brouhaha at the market.