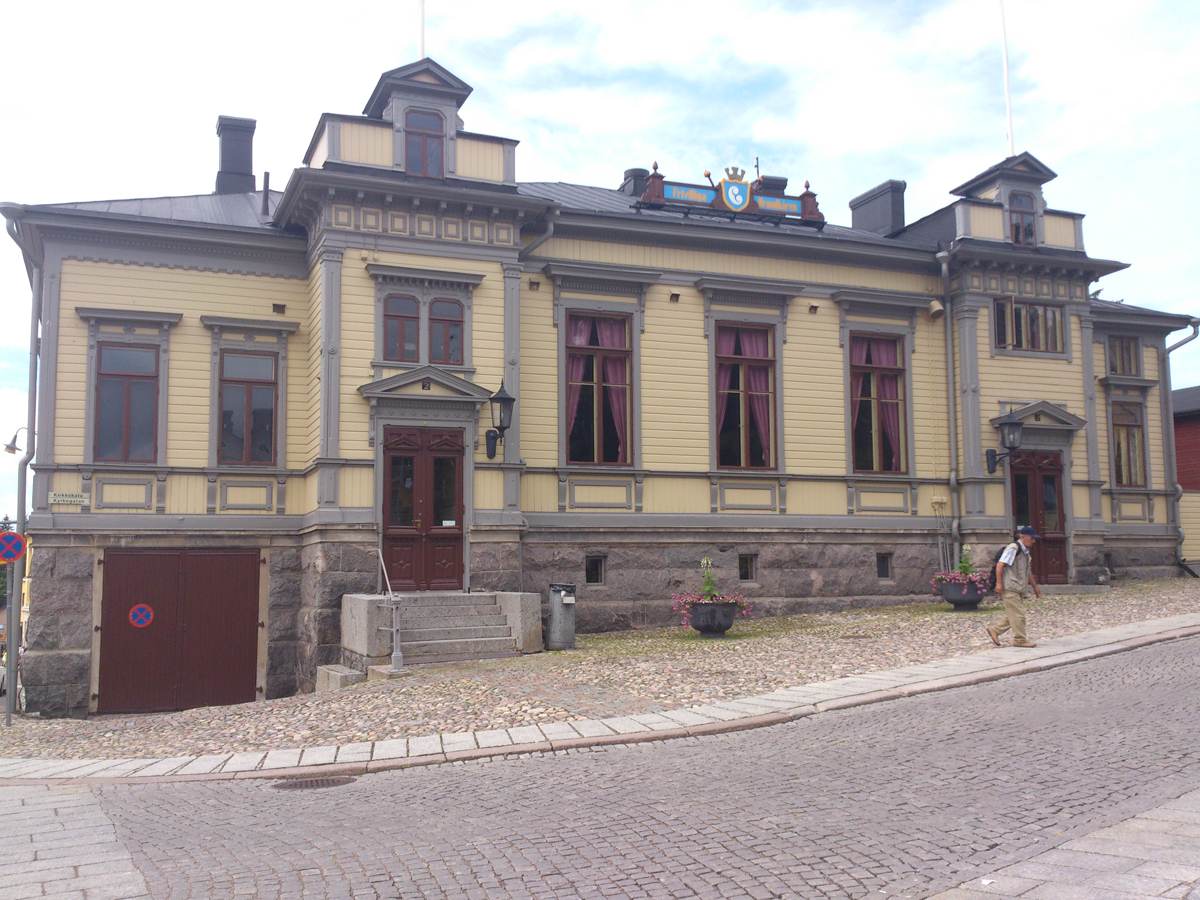 This morning, while I was writing, I saw a mårhund walking through the garden. It stopped and looked at me when it saw me, but ran off before I could photograph it. It was a shock because I realised that I am not used to seeing animals that I don’t recognise standing three metres from me. Later I will learn that it has stolen a chicken for the second night running, and that Johan has plans to find and shoot it.

We are in Borgå where Irma has just hand-delivered a letter. She is now in a little crafts shop, the girls are in the library, and I am standing looking at what I believe to be the old fire station. Later I will find out that it is also the current fire station.

WE will exchange some old crockery for some different old crockery in the Old Town, stop at Brunberg’s for chocolate, and then meet the girls at Sokos. After this we will go to Mikrokulma where we will eat in the Vietnamese restaurant. We get there near closing time but it is still much better than merely acceptable.

In the evening we will do hay work and begin our summer exercise regime. There were more people than hay so we had a gentle start. Afterwards, over a beer, we will learn that everyone eats at the Vietnamese restaurant in Mikrokulma when they go to Borgå on business.