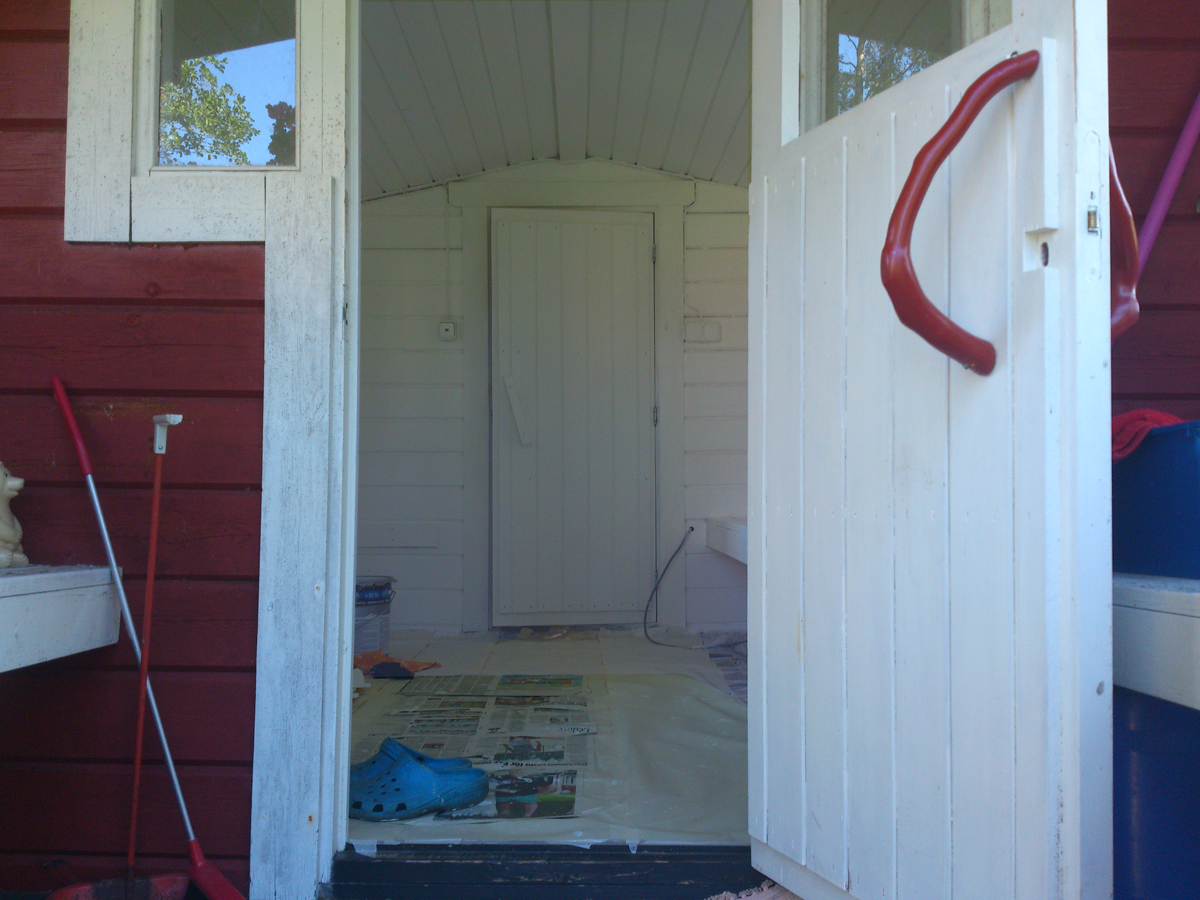 This morning I got up and began writing. At 9:30 I went over to Camilla’s to help her get her new laptop up and running.

To my surprise and horror it was a nice new Acer laptop equipped with Windows 8 in Swedish. I had never actually seen Windows 8 in action before and so I had to spend a long time finding the tools that Microsoft have carefully hidden. And yes, the Metro interface confused Camilla completely.

By 11:00 I had it working with their wifi, I had Chrome and Thunderbird installed, and their email accounts working. I also had Arkimedes, a Finnish Filemaker-based application, running with the old data ported from the previous laptop. Finally I had the fun of installing F-Secure and watching it fight a death battle with McAfee Security, which refused to be uninstalled until it had thrown up dozens of cries for help and demands for rescue.

I sat in the garden in the blazing sun having a later breakfast while Irma and the girls emptied the sauna house. I knew what this meant. By 12:30 Naa and Auo had sealed the floor with paper and thin plastic sheeting and it was ready for painting.

It is now 22:30 and it has taken me eight hours to give the walls and ceiling two coats of white, with a pause for dinner somewhere in the middle. This is what it looks like in the evening light.

I am going to bed.