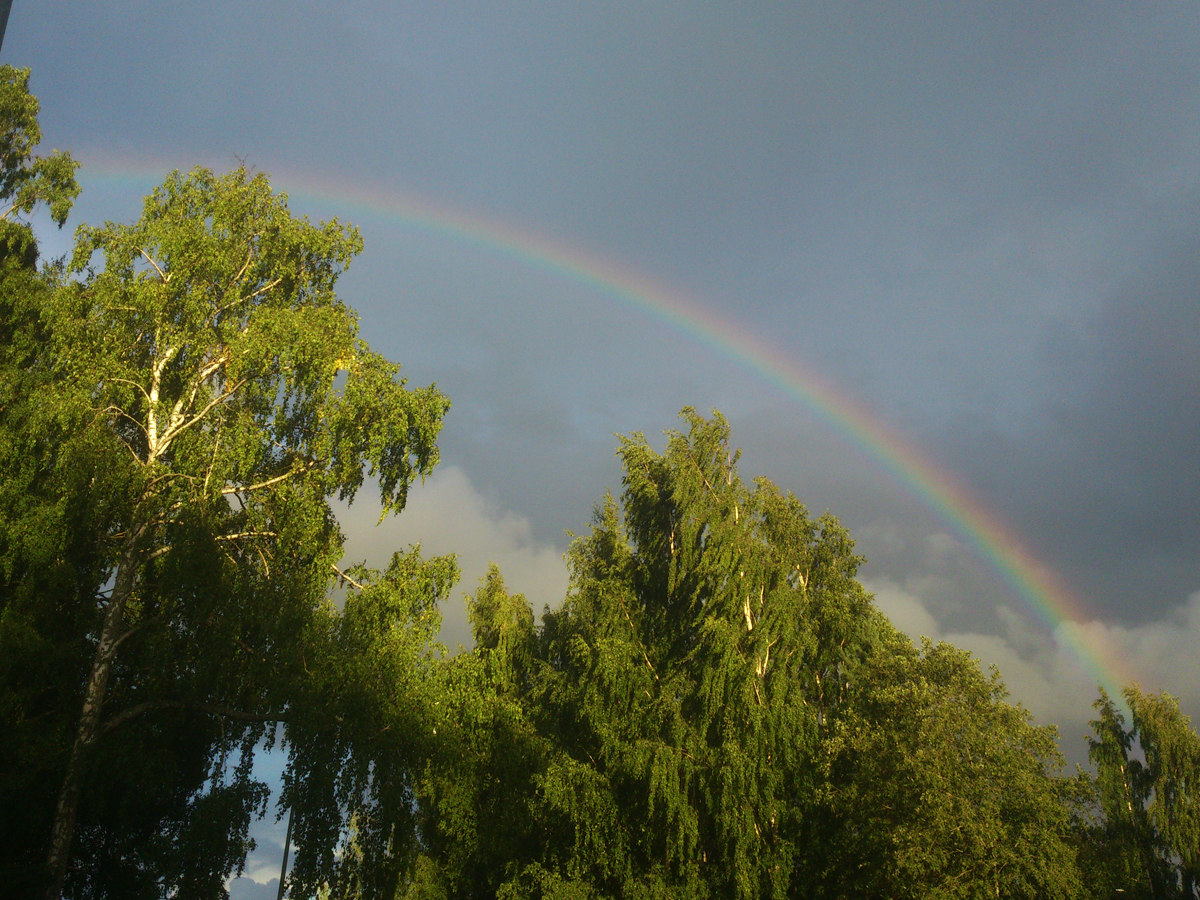 Auo starts school tomorrow but she left with Naa and I because she has decided to spend the day in Kamppi. They stayed on the metro when I got off.

It had rained very heavily in the night and while I waited at Sörnäinen it started again. It stopped briefly while I trotted into the mall to get some cheese and crispbread for lunch. The building works there have resulted in a new H&M, which in turn seems to have resulted in the Seppälä becoming a Seppälä Outlet. None of this is as interesting as I had hoped for.

Arcada was almost empty. Tommy and I chatted and then I spent the morning setting my desk up again and getting all the online systems up and running. I also completely emptied my inbox and did as many things on my task list as I could. I got corralled at lunch time and had beetroot patties with boiled potatoes and sour cream sauce, instead of my crispbread and cheese. There was rainbow trout but I have been spoiled by the fresh fish at Pellinki and it will be a month or so before I turn to that.

I spent the afternoon upgrading software, backing up, and deciding whether flashcards might make the basis of a series of initial student assignments. Done right, I suspect that they might. I therefore decided to spend a couple of hours tomorrow trying to do them right.

In the evening, at home, Irma made juice and jam from the berries we have picked. I set out for a brisk forty five minute walk under the pretence that, if I walk briskly enough, it will count as training for the Midnight Run in three weeks time.

Just before I get home I look up and see a completely unexpected rainbow. A few moments later it will start raining.