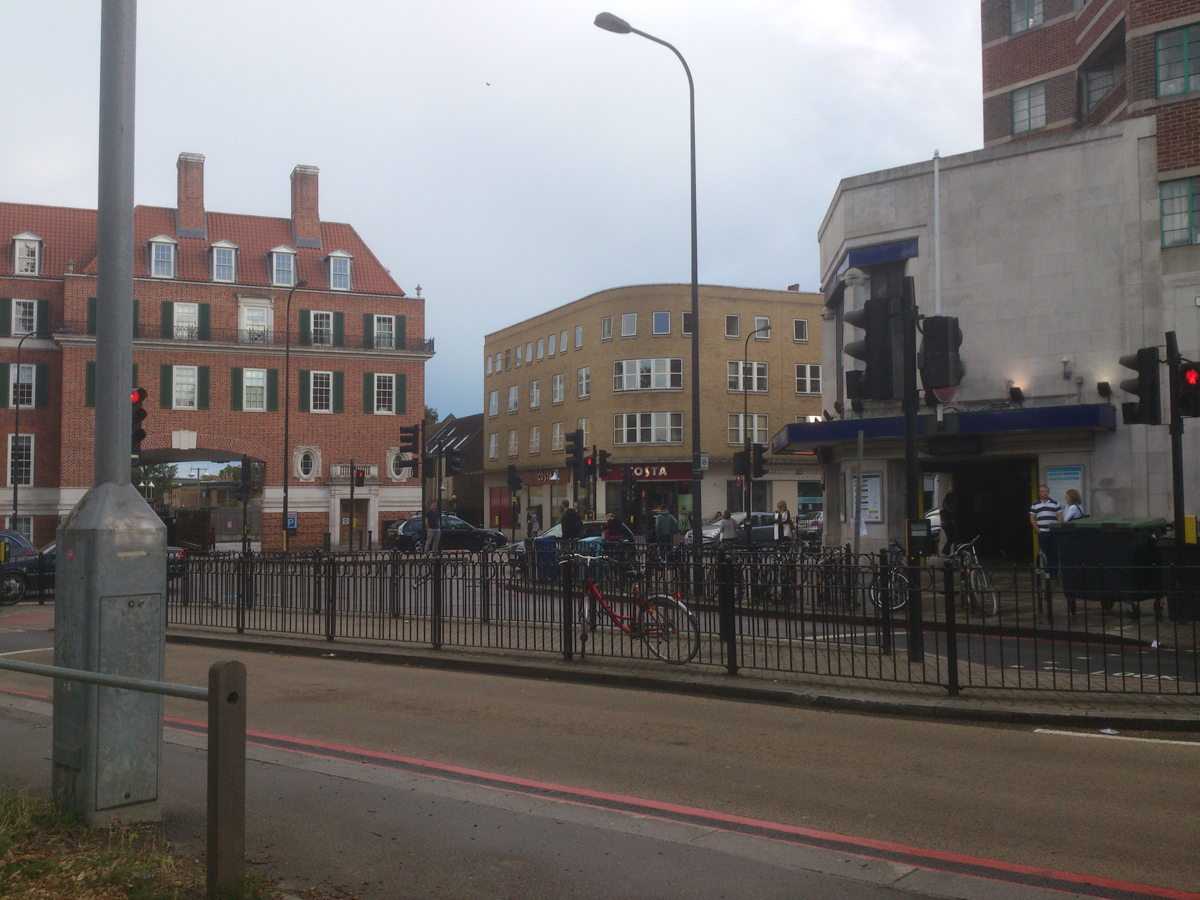 I went out and took some panorama photographs and came back and uploaded them to 360Cities.net. After completing three missions I learned from the app that I was now in the top 99% of users, from which I deduced that I was one of the 17 people using it.

In the afternoon we went for a long walk along Clapham High Street, during which Auo ticked off another item on her list of things that she simply must do. She went into Starbucks and ordered herself a flat white. We explored the huge Sainsburys there and then had to stop under a shop doorway while a sudden monsoon poured down in front of us.

Now I have gone out again in search of something for Auo to drink. Tesco has closed and I am just walking back from Marks & Spencer. I am on the Common side looking back at the station. I am trying to recover from the expensive and time-consuming frustration of printing out our boarding passes on the antiquated computer system in the hotel lobby. The browser is so old that neither Arcada nor Google will not let me log in.

In the evening Auo will decide that she can do the packing and I will not disagree. When I look up a few minutes later I will realise that she has done it, and done it perfectly.