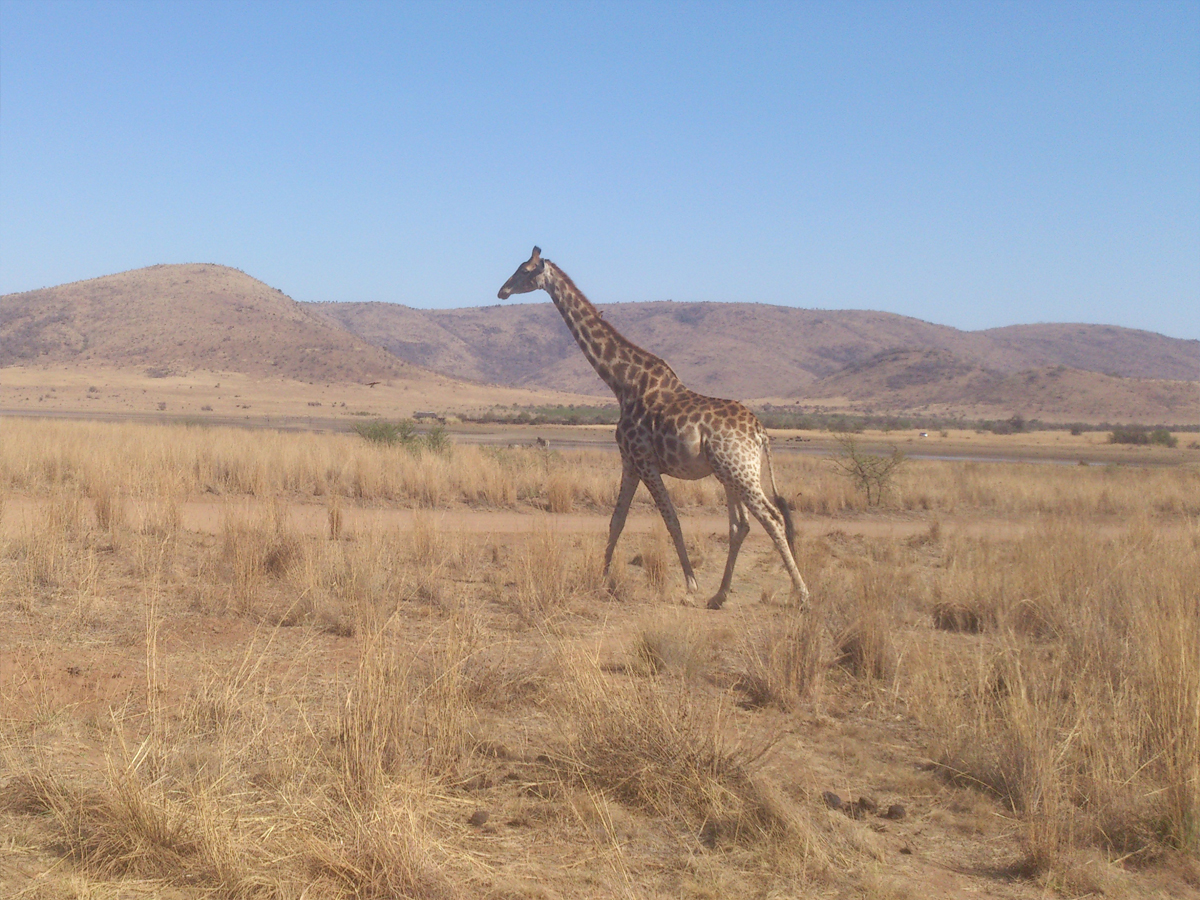 This morning, since we had not arranged to meet the students, Gina suggested we should go into the bush. In practice this meant a trip to Pilanesberg National Park, and this meant leaving shortly after 9:00 for a three and a half hour drive out of Johannesburg.

Gina had borrowed a huge Toyota jeep thing and took Lars, Jutta and me. Steve drove Jani and himself in Gina’s car.

The landscape was extraordinary and we drove past the entrance to Sun City, which caused me to fail to remember the tune or lyrics to the protest song that Little Steven created in the eighties.

As soon as we got there we stopped for a buffet lunch, and the buffet was extraordinary. It took us an hour to sample more than a fraction of it.

Now we are driving around the park. Since the animals are living in natural surroundings that cover a very large area there is no guarantee that we will see anything. As it is we do. We see elephants, zebras, giraffes, wilderbeest, impalas and kadu in various places. We also see a large white rhino close up.

As they move slowly through the bush, the giraffes are an unlikely mixture of ungainly and graceful.

We will get back about 19:30. Everyone will agree to meet for something to eat and drink. Fifteen minutes later I will fail to find anyone. Twenty minutes later I will look again, find nobody, decide they have left for something to eat and drink, and instead spend a happy thirty minutes having a video Skype chat with Auo, joined later by Irma. I will give them a guided tour of my room and the house it is in. Surprisingly the wifi will be strong enough to allow this: presumably because nobody else is in the hotel to use it.

After this I will spend a couple hours on the roof writing, while looking out over the lights of Saturday night Johannesburg and listening to the sound of partying.