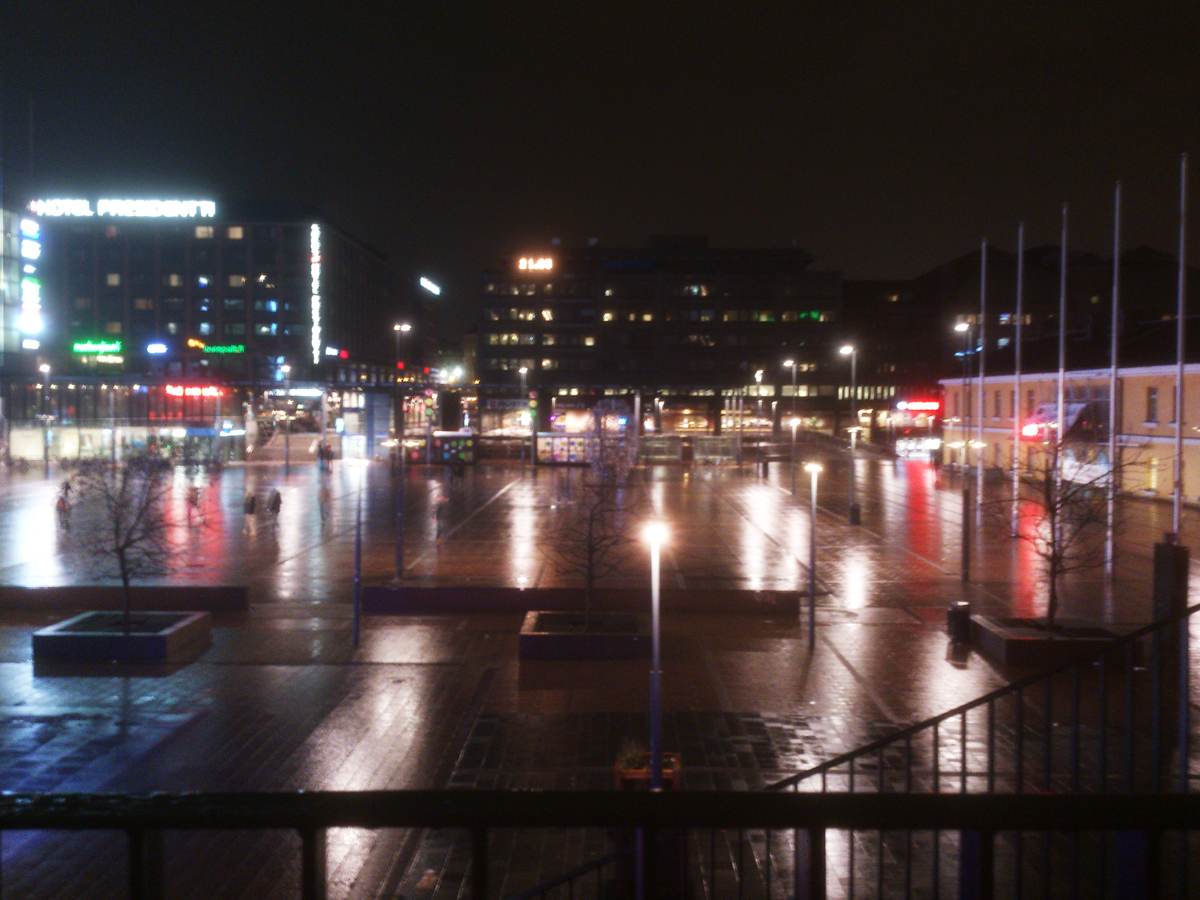 Erik Østergaard arrived at Arcada about 8:30 and the day began. We were joined by Jutta, had a chat and prepared for Erik’s lecture: the first step in the Interactive Storytelling course. Nobody was sure how this was going to work out, and so we were relieved to find twenty six students waiting in the room. I introduced the course, and Erik spent the rest of the morning taking them through various aspects of interactive and transmedia storytelling.

In the afternoon Erik went back to his hotel to sleep and Jutta and I planed furiously. Now we knew what he had said we had to construct tomorrow and Thursday’s sessions. WE had arranged to take him for dinner in Kallio, not far from his hotel, and Jutta went to Kamppi. Just as I was about to go to meet him she phoned to say he had phoned her and he was at Kiasma and would like to eat in the centre. I met Juta in Kamppi and then Erik turned up, praising the beer bar he had found in Kalevankatu.

We decided to go to Colorado since Jutta knew and liked it and it was about ten metres from where we were standing. WE spent three hours eating texmex food and talking. By the time we left we had a plan for joint cooperation this and next year.

Now we are outside in the rain looking at what used to be Kamppi bus station. I am going to show Erik how to get the number 3 tram back to his hotel, and then get the metro home. It will rain all the way.