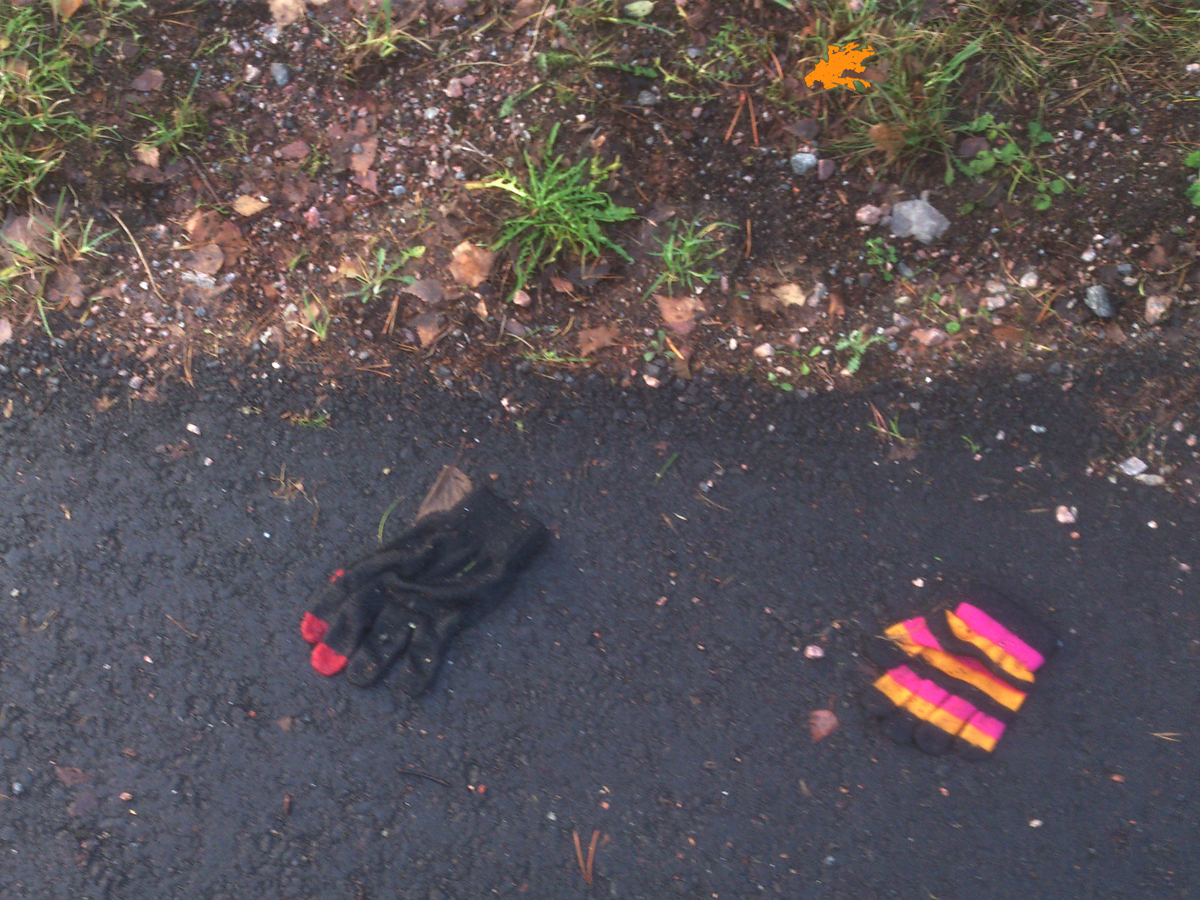 This morning the three women went to the hairdresser together, and I cleaned the house. Having done that I decided to go to Prisma. The weather was clear and dry so I decided to walk.

I have crossed Riskutie and on the pavement I see two odd gloves lying side by side.

Irma and I will go to Thomas’ 50th birthday party at 19:00 where we will eat a lot and drink a little. We will leave at about 21:30 as the party begins to the move towards bigger glasses at more frequent intervals.

We will arrive home about ten minutes after the Doctor Who 50th Anniversary special began. It is being shown simultaneously in about 70 countries, and in 3D in cinemas in several of them. Auo will attempt to bring me up to speed and then she and I will sit through the rest of it. It certainly does manage to change a number of major aspects of the series, and the finale in which Tom Baker appears as the final Doctor who has decided to retire to became The Curator, is wonderful, and genuinely moving.