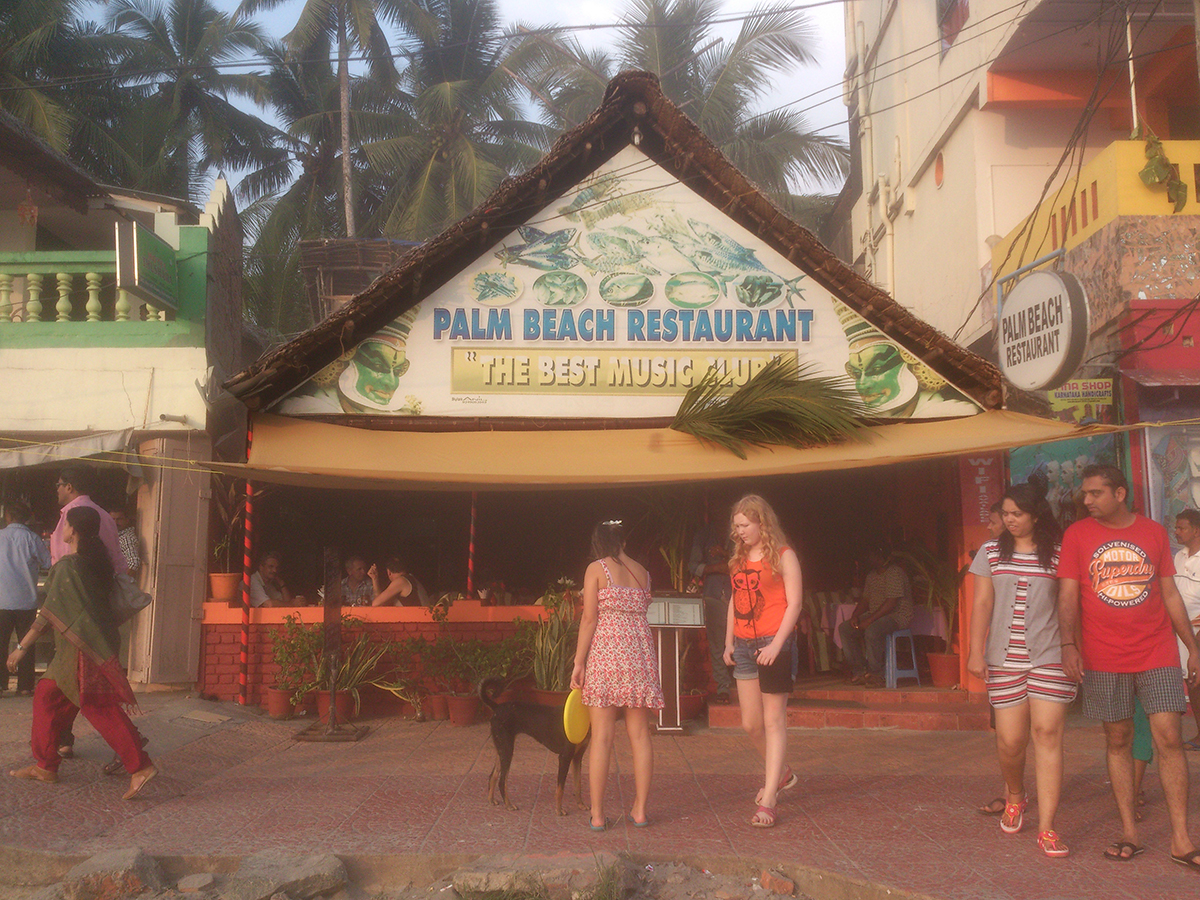 Everyone woke up late, and everyone had slept well. We showered, ate breakfast and fed the cat. Then Irma got a rickshaw to Divine Supermarket to get some more food and supplies.

In the afternoon we walked down to the beach and changed money. We walked up and down, saying hello to everyone who recognised us. Eventually we sat down at Leo and had either a late lunch or an early dinner. I had fish biryani, and it was excellent.

Michael is no longer at Leo. He had an argument with the owner and moved further down the beach. He is at Palm Beach Restaurant and so we walked along and found it. Now we are outside, about to go in. Michael is glad to see us and within minutes we have flower garlands round our necks and rose petals all over us.

We stay to have cocktails, which Michael points out are not available at Leo. I have a colo loco in a coconut shell and Irma has something in a pineapple. The girls have mocktails.

As we walk back along the beach we met Brasard and Hari. Brasard has moved away from Hari’s business and started his own massage parlour called Bliss. Hari has a new masseur.

We will walk back from the beach in the dark. Vincent has moved back to Leo, having left two years ago after an argument with the owner, and we decide during the walk that we still much prefer Leo.

We also decide that Michael will probably be back there next year.