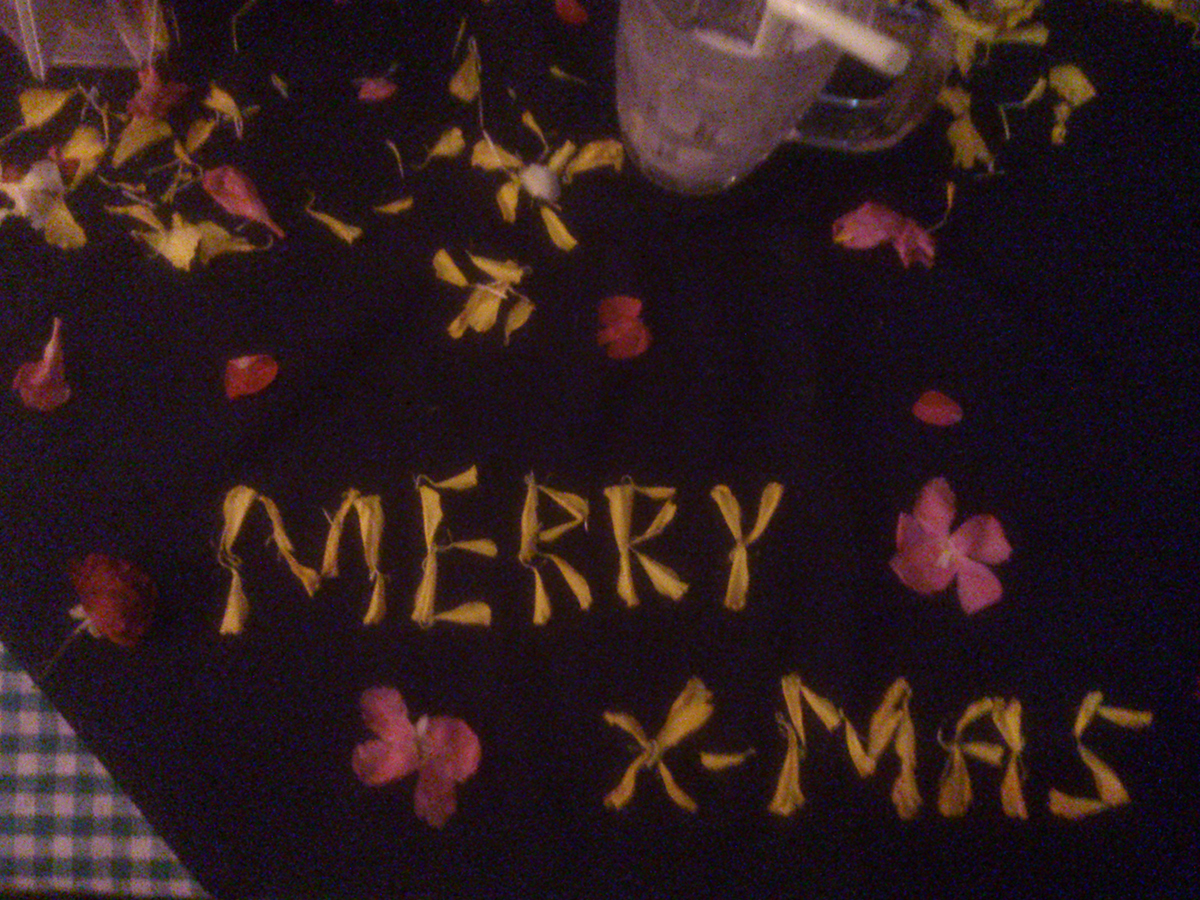 We had some problems with the electrical supply. Uday came to look at it and announced that “it will be alright before dark”.

At 18:00 we were ready for Christmas dinner and at 18:15 we set off down to the beach. Leo was not empty when we arrived. We were joined by Hari and we all shared a huge plate of pakora for starters. Hari left and we ordered our main course. Three of us chose the turkey special we had been told so much about, and Auo ordered a butter fish.

The waiter brought one to show her, which was about 30cm long. She said that was fine. It was, which was more than can be said about the turkey. I am not sure how it was cooked. My guess is that it was cooked very quickly in the tandoori oven and then, when cooked and very dry, simmered in a thick gravy until it had absorbed some of the moisture again. It had the texture of overcooked and dry turkey without being dry: a remarkable feat, really.

Naa had a whole leg and Irma and I had two clumps. They had been diced in the same way that Indians dice chicken. They do not carve the breast, they simply put the chicken on a table and chop it into cubes, each of which contains a mixture of bone and meat.

Auo took her huge fish when it arrived and confidently removed the head and spine and then set to. She finished ninety percent of it and then asked if anyone wanted to taste it. I did, and it was delicious.

Its fish for me again, next year.

Our table was decorated with petals and we were given garlands when we arrived. Now Naa is writing messages on the table with the petals and photographing them for Instagram. I join in.

When we get back to the house the electricity has not magically reappeared as promised, and we go to bed in the dark with no overhead fans.