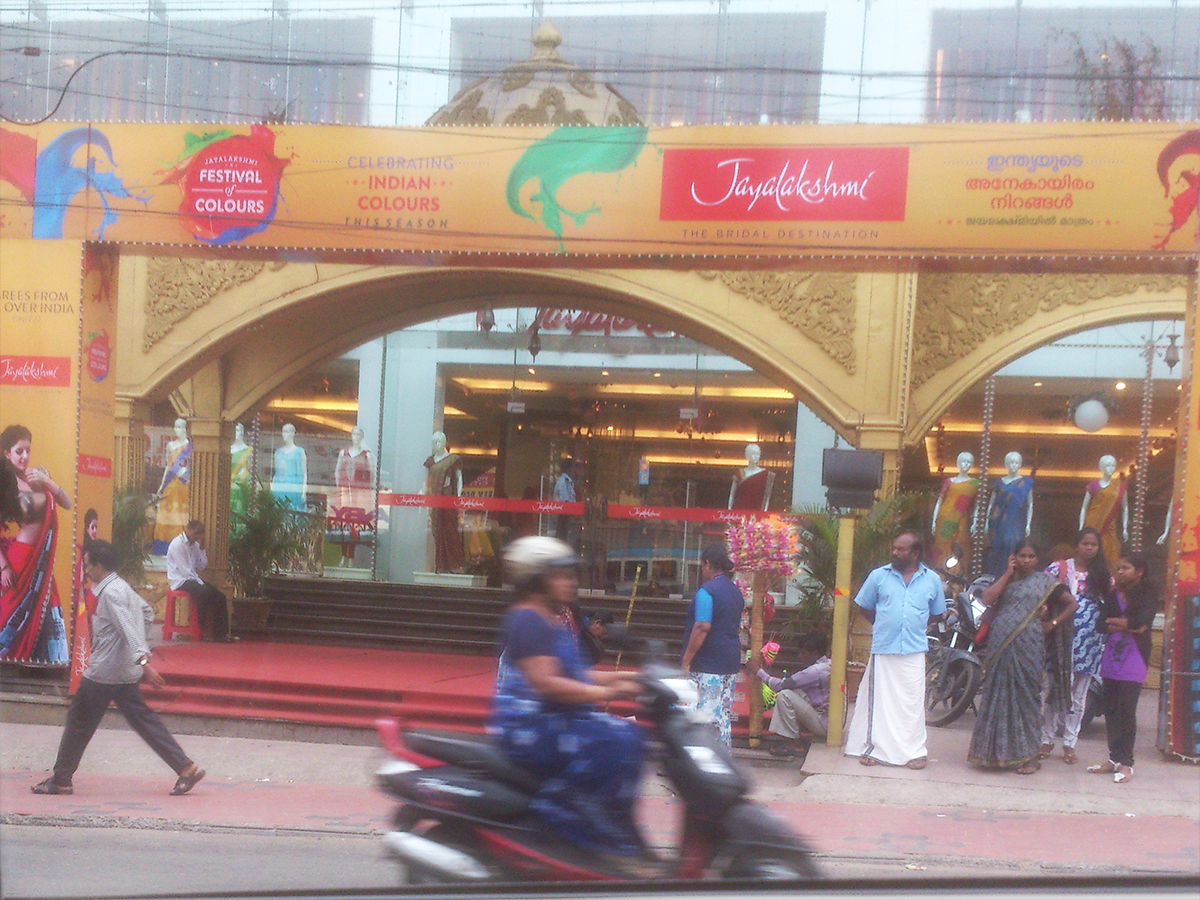 Irma had phoned Sreni yesterday evening, and he turned up with his car at 11:00. A cleaning woman also turned up at 10:30 as we were getting ready, to ensure a proper level of chaos.

Sreni drove us to Trivandrum where we went to Fabindia, which was celebrating its fiftieth anniversary. Apparently it was started in 1960 by John Bissell to import traditional Indian textiles into Europe. Since then it has grown inside India, catering to the burgeoning Indian middle class. It seems to have become a kind of Indian Habitat, when Habitat was in its glory years.

Astute readers might notice that 1960 is in fact fifty three years ago. We just assumed that the bags and flyers had been delivered late.

We then visited Style Plus, which was celebrating its fifteenth anniversary. I bought shoes, underwear and a cd by AR Rahman. Others purchased more.

Now we are driving across Trivandrum towards the Modern Book Centre. I look out the car window and watch a woman in a sari zoom by on a scooter. One second later, and the road would have been filled with tuktuks and school buses.

I will purchase five books including the obligatory annual O’Reilly book (jQueryMobile Up and Running) and the obligatory Osho book (Golden Nuggets).

At 18:00, back at home, we will have a power cut. Normally these are planned and last exactly 15 or 30 minutes. This will be different, and at 20:45, still in the dark, we will use our torches to get washed and have an early night. Since we will be without either fans or air conditioning I will get the spare mattress out and sleep on the living room floor.

There is an equation for this: