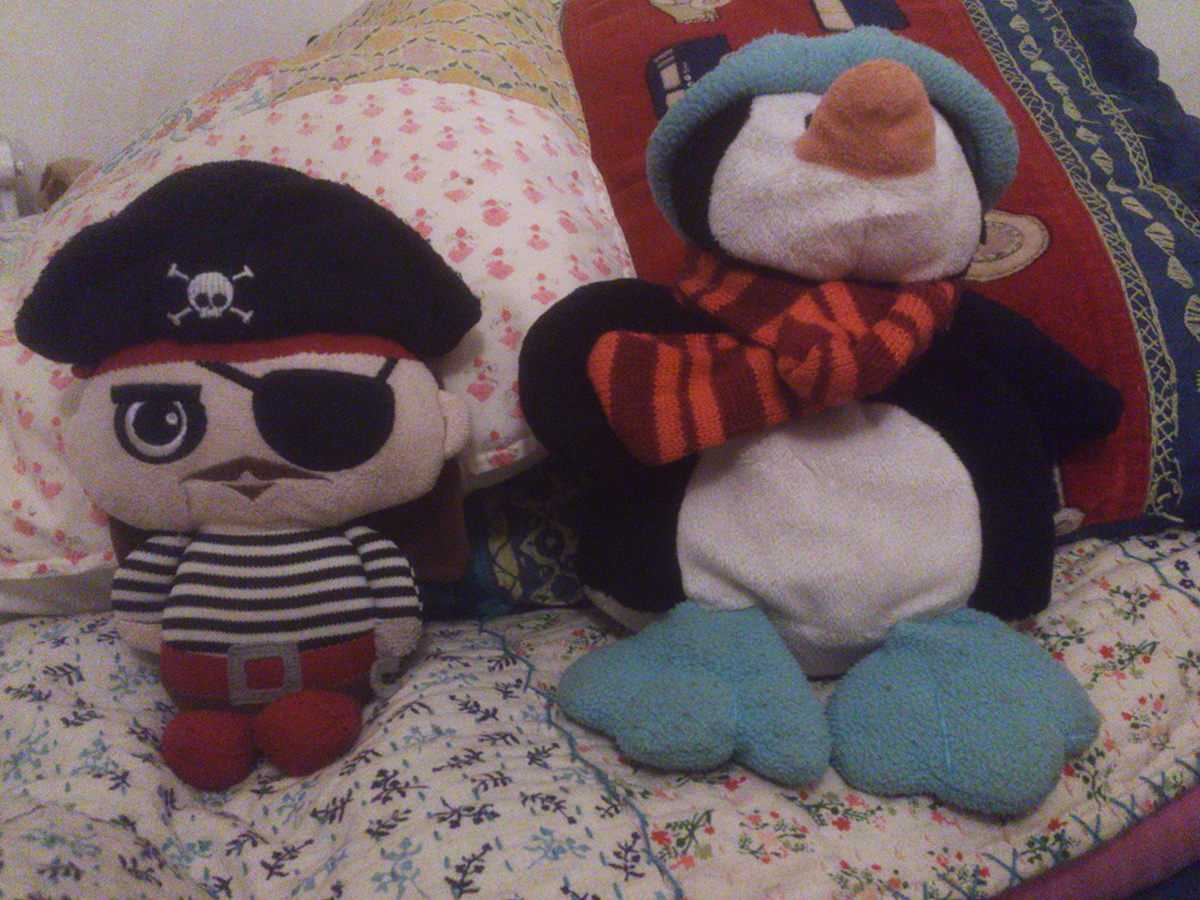 Naa went to school again. I sat down at my laptop and spent several hours cancelling and rearranging classes. I also decided to mail all the students to tell them what was happening. I figured that if I wrote then I could set the tone of the discussion.

Naa and I ate Pizza Mexicana for the second day running. We had decided yesterday that we needed to eat something, decided pizza would be least likely to pose problems, and found it surprisingly tasty. We repeated the experiment today with the same result.

We have been moving between uncontrollable crying and dry rationalism, but we have never both been crying at the same time. Naa pointed this out and it is true.

At about 16:00 Irma arrives home with Cata. She immediately goes to fetch the car from Kontula and then we hug and cry and begin unpacking. I am looking at two of Auo’s favourite soft toys; the ones that accompanied her everywhere. Irma has brought them back with her.

The penguin was bought from Stockmann many years ago and the pirate was her souvenir from Hamley’s the year before last. They have never had names because Auo thought that naming dolls was stupid.