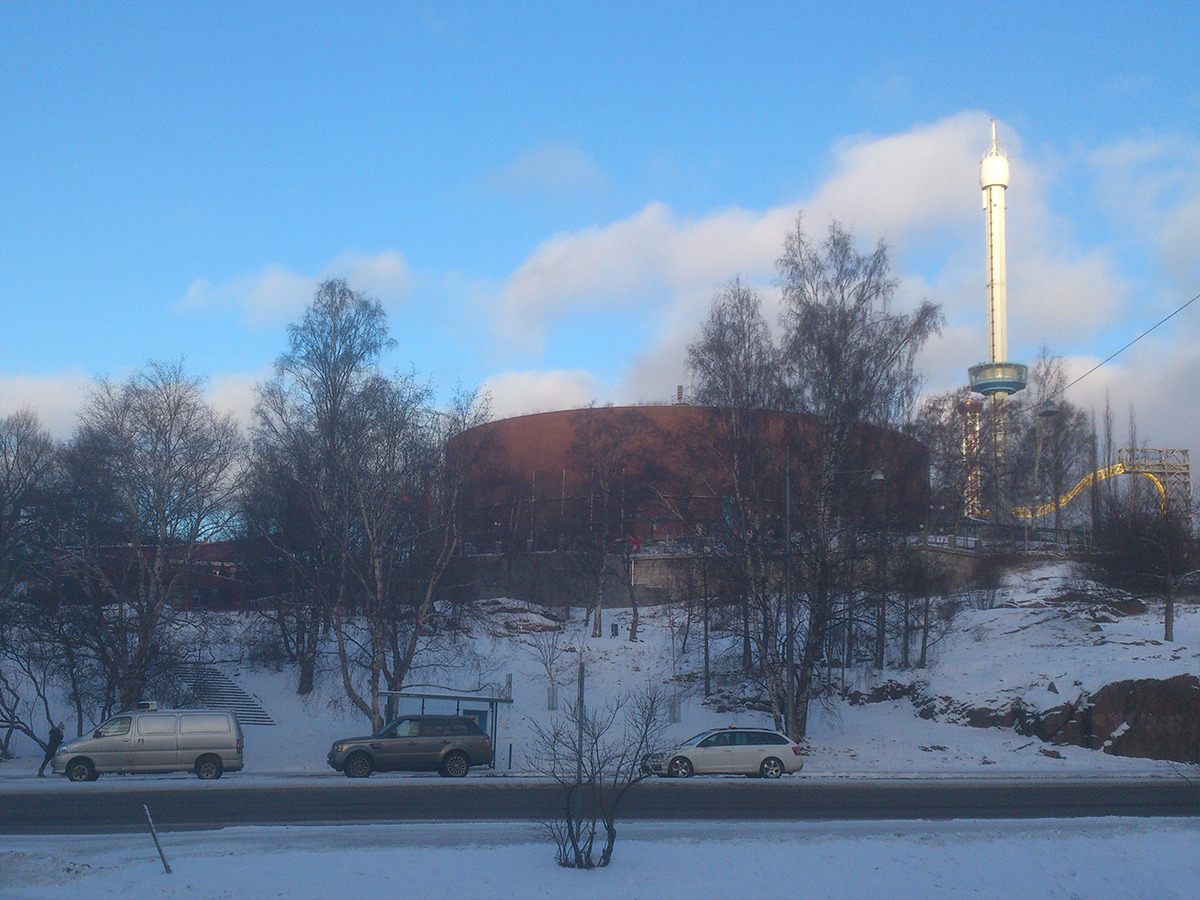 Naa got up first, at 7:00, had breakfast and left for school. We got up shortly afterwards and rescued the cat from the cold.

Yesterday I had made an appointment with Kari Hyyrynen at Diacor. At 10:00 Irma drove me to Itäkeskus to get the metro and at 10:45, after a tram ride from Sörnäinen, I was talking with him. He gave me a medical certificate giving me leave from work until the beginning of February.

We talked for a long time. I explained what had happened, and how I had felt about it, at the time and since. I was feeling consderably better than a week ago and reconciled to the fact that Auo had disappeared from Earth. I said that I intended going back to work at the beginning of February, but that I also intended to avoid dealing with students’ emotional issues and other more stressful aspects of work for some time after that. I told him about my power-walking, and my physical tiredness and the pains in my legs and arms.

He agreed that I should return to work. He also agreed that I should not see a therapist on the grounds that the therapist would almost certainly encourage me to try to find the strength to do what I was already doing. He decided that the pains in my legs and arms were simply a sign that I had had considerable muscular stress, and that the tiredness was another consequence of that. I left feeling better about feeling better.

Now I am waiting for a tram back to Sörnäinen. I am looking at Linnanmäki, which is closed for the winter. The winter sun is bouncing off some of the fairground rides.

At 13:00 the Crisis Team, or whatever they are actually called in Finnish, will come round to our house for their second visit. Annuka will appear with a different worker. Riika is ill so Hannu will replace her. We will spend two hours or more in conversation with them, and Irma will benefit from this more than me, if only because the work healthcare team she went to see yesterday or the day before would have been no possible help to anyone. They had consisted of two mushroom-like people, a nurse and a doctor, who attempted to demonstrate sympathy by speaking in platitudes and baby-talk, while offering no adult help at all.

Shortly afterwards I will walk down the road with the paper rubbish, and back again, just before Naa arrives home from school. We will sit down for more warming meat soup as the afternoon darkens.