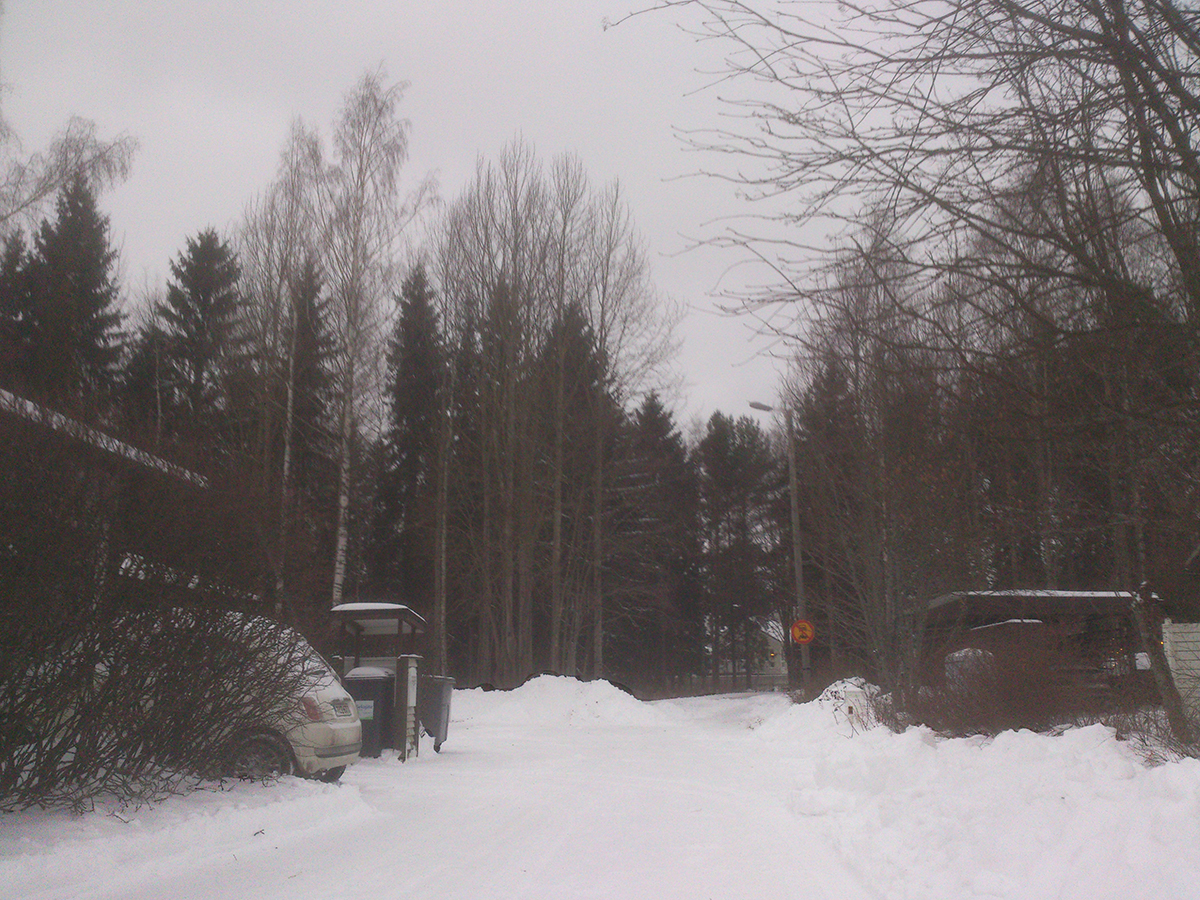 We woke up, looked out of the window and saw snow. Lots of snow. I got up and began clearing it for the first time this winter.

After breakfast the priest arrived to talk about the funeral service. She stayed about two hours, asking about Auo and then about the specifics of the service. As always, this drew us back to the original pain and led us to relive our feelings at the moment she died and the days afterwards. In some cases reliving an event is a way of defusing it, but not apparently in this case. Neither Irma nor I seem to derive any relief at all from this repetition.

I went back to clearing the snow and Irma and Naa left for Borgå to get the dress Naa has ordered for her school dance. I am now about three hours into snow clearing, standing outside the house looking at the woods. There are three reasons that it is taking so long, and will in fact take another hour. Firstly, I have decided to clear as much as I can. Secondly I have decided to drag all the snow I clear into the woods, to avoid the huge piles we have had in previous winters. Thirdly, there is a lot of snow.

Naa and Irma will return, with a dress and candies from Brunberg which we will serve at the memorial. Brunberg was Auo’s favourite candy shop “in the whole world”. The dress will look absolutely amazing on Naa.

I will talk with Luke about the funeral programme. One of our neighbours will bring us a mushroom pie, which will prove to be delicious. We will have a glass of wine before going to bed, in an attempt to evoke that Saturday feeling.

It will be vaguely pleasant, unlike last time, and I will certainly fall asleep as soon as I get to bed; but neither of us will mistake it for a party.