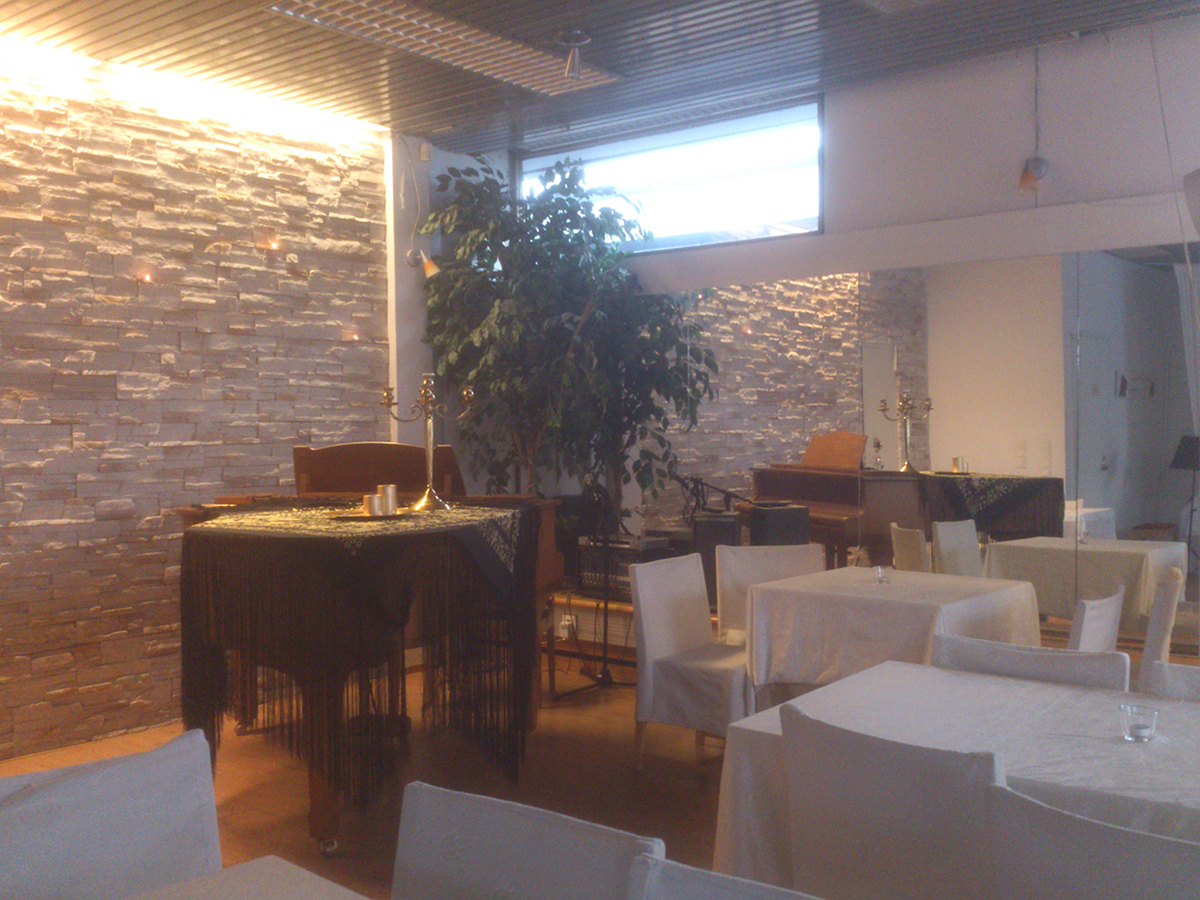 Today was Auo’s funeral, and one of the oddest, saddest days of my life.

Yesterday evening Irma had suggested that we should get the car washed so that we didn’t turn up in a completely filthy vehicle. This morning all the doors were solidly frozen shut. I finished my shower, put on a thick hooded jacket and stood by the car with a hairdryer. After thirty minutes the doors were frozen shut and my hair was frozen stiff in icicle dreadlocks. Pate arrived from Irma’s work and used several implements to force one of the doors open. Just as he arrived Irma ran out of the house with a burning towel, shouting that the house was on fire. She had read on the internet that a way of opening doors was to hold hot towels against them, and had then discovered that putting a towel in the microwave will set it on fire.

It turned out that the house wasn’t actually on fire and so, forty minutes later, we loaded everything for the memorial into the car through one door. We then left for Il Canto and the flower shop and, just as we left, the other doors unfroze.

The funeral was at midday and before it began we opened the coffin. All three of us were in floods of tears as soon as we saw Auo. The funeral itself was beautiful. The Band Perry and One Direction have never seemed so appropriate, and Erkki Rautio’s cello playing would have been moving under any circumstances. By the end of the service Auo’s body was almost covered in flowers.

For me, the most moving moment came at the very end when everyone was leaving and we were standing by the coffin, about to close it. Olivia came up shyly and asked if it would be alright if she put a letter in the coffin for Auo. I said “of course”. I didn’t read the note but it had a big heading saying Thank You For Being My Unbiological Sister.

The memorial was everything that it should have been. Several people commented on the programme that Luke had designed. Mark had written a poem; Tarkku read out two more; Juho played a piece of piano music he had written; a friend of Tarkku’s sang Tarkku’s translation of Walking In The Air; Irma spoke; people talked; Naa read out a very moving letter she had written to Auo; Irma and I read out messages from people who could not attend, including Luke; and I realised what a large and strange crew of people Auo had brought together.

Now the reception is over. Everyone has left and Il Canto is empty. All but one of Tusita’s spring rolls have been eaten, and Naa will eat that one later. We will spend the evening taking apart approximately seventy four bunches of flowers and carefully arranging them in vases. Finally we will have a glass of wine or two, and for once it really will be for medicinal purposes.