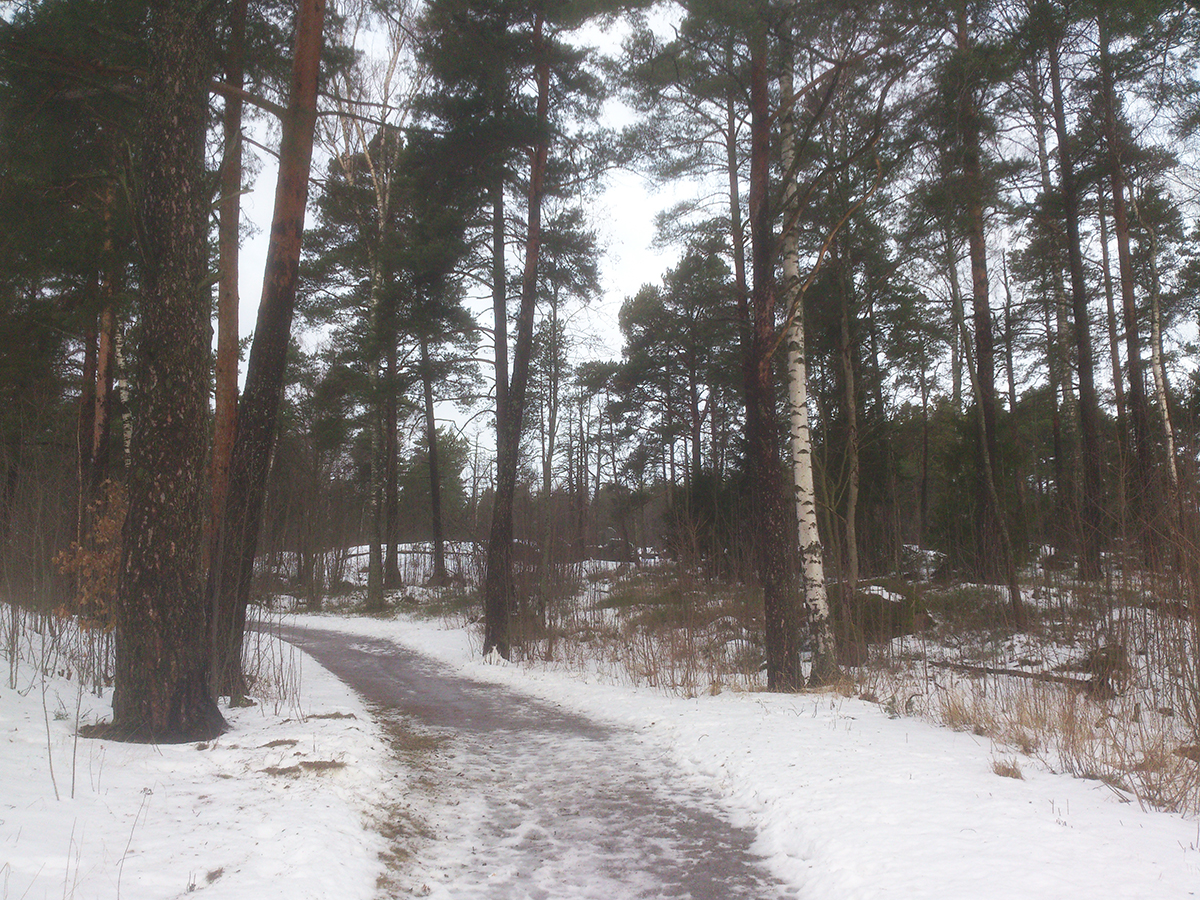 The cat was active in the night. It arrived on the bed at 2:00 and came back about once an hour until I finally got up. At 6:00, though, I was provoked into thinking about the things I needed to do to finish the Haiku Weekly project properly, and at 8:00 I got up to do them.

By 9:30 I had finished and I felt very happy that I had. I have been feeling extremely lethargic and this was exactly the kind of archival task that I needed. I had a complete project in hand, and had finally achieved something concrete. In rereading the haikus from 2008 I had also felt inspired to finish another set of haikus that I had begun in January, and so now I will. I felt like another small milestone had been reached.

At 9:45 I went for a walk to discover that the outside world had been covered in polished glass during the night. The temperature had obviously been perfect for melting the snow and then freezing it back into sheets of ice. I walked very carefully indeed, and very slowly. Now I am tiptoeing through the woods using the snow at the sides of the paths for traction.

I will get home to find Irma waking up, and Naa getting ready to go out to the cinema this afternoon with Samppo.

In the evening, before a shower and after designing a logo for nothing at all except practice, I will remember that the Dietrich Bonhoeffer hymn at the funeral service on Thursday had a title that was perfect, except for the fact that nobody would ever have thought of it, when Google translated it from Finnish for me. The title that Google suggested was The goodness of the power of the wonderful protection, a machine-generated version of Hyvyyden voiman ihmeelliseen suojaan.

And who am I to question its accuracy?