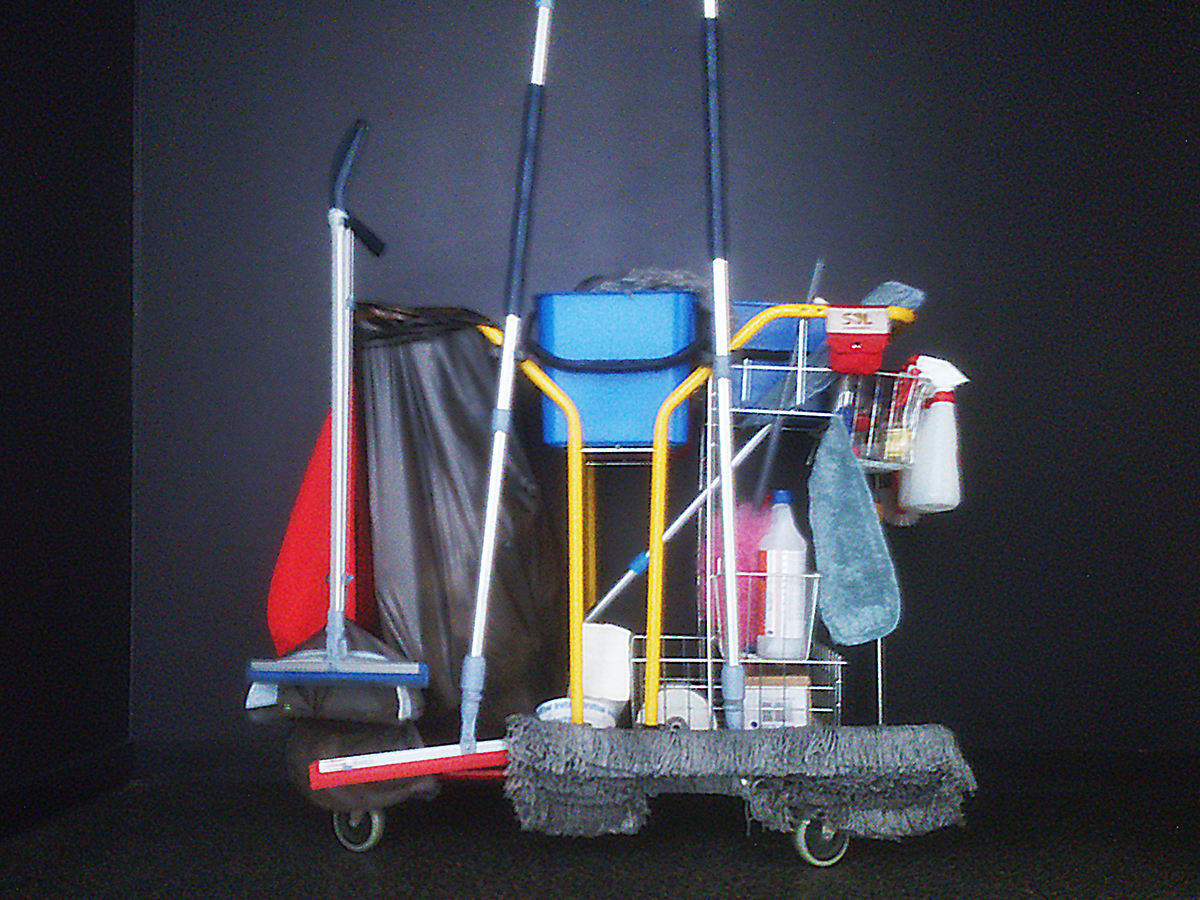 I wasn’t expecting Naa to leave with me this morning, but she did. We got a slightly later bus.

For reasons that I can’t really remember, I bounced from one task to another in the morning and ended up working with Audacity for the first time since several upgrades ago. I also looked at Paul’s Extreme Sound Stretch, and then made a quick audio sketch of something I first thought about a year ago. In trying to get to grips with some tools I had revived a project that had slipped my mind. Negrava is stirring in its sleep. Its been a long dream coming!

This line of thought led me in turn to the thorny subject of Plan B, and I decided that, come what may, I will wake up again at the beginning of April. I will simply accept that winter has slipped past in sadness, and therefore everything that I expected to get done in January will now get done in April.

Now I am prowling the corridors, trying to get away from screens for a few minutes. The cleaner has left her trolley in an alcove, but nothing escapes my eagle eye.

I will spend the afternoon reading drafts of several theses, including my own. None of them will please me, but the act of not ignoring them will be enough to propel me forwards.

In the evening I will hold two tutorials during the Media Management thesis seminar, and after this Irma will drive to Arcada to collect me. I will thus delay my second listen to Beck’s new album, after being very pleasantly surprised by yesterday’s first listen.