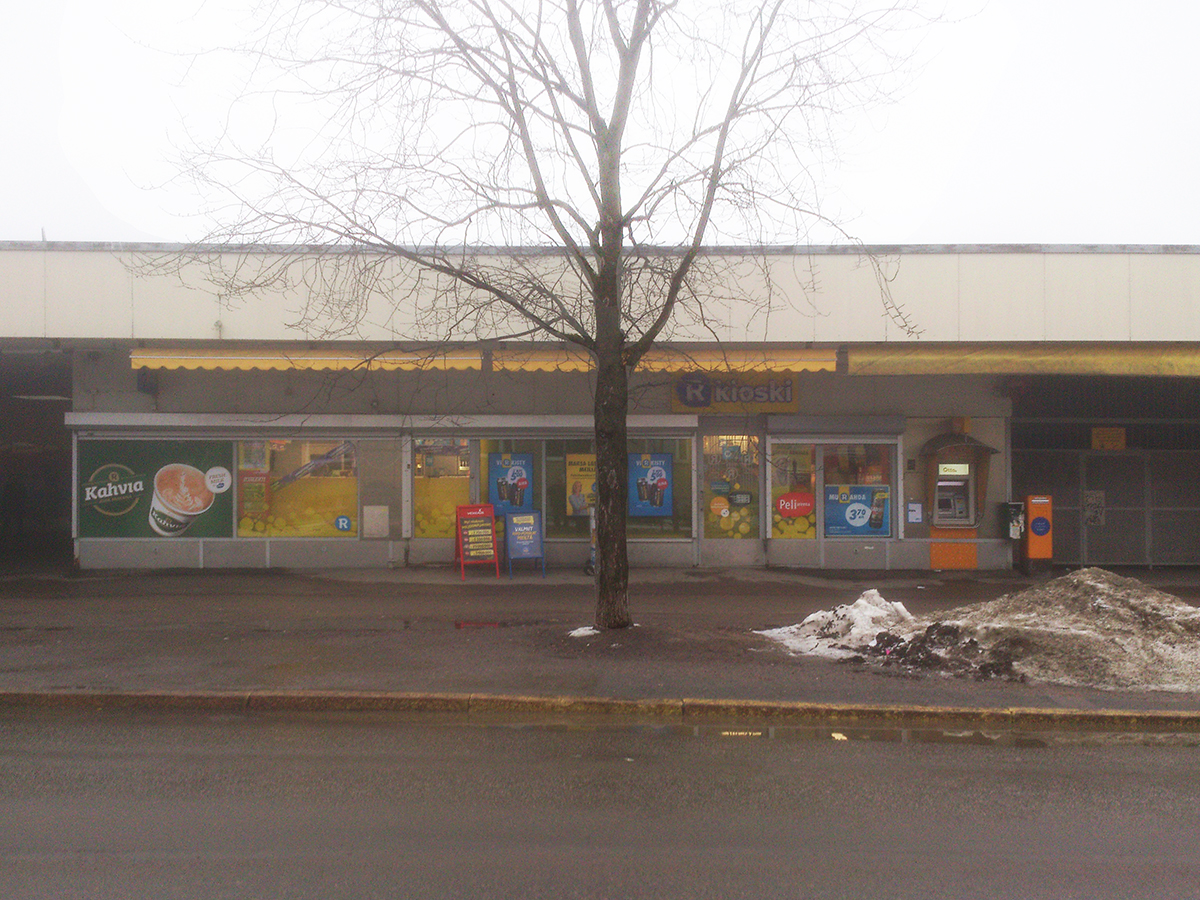 This morning there was fresh slush on the ground. We talked for some time before we got up and I went for a walk. I found some hidden ice and slipped over, arriving home with a cut hand, where I had landed on gravel.

Yesterday my spectacles were mysteriously broken. I strongly suspect that the cat did it. Today my task was to get some more. I corrected judged that Tiger would sell cheap spectacles and walk to Itäkeskus to get some. As I passed Alepa I stopped to buy some Battery: my first energy drink this year, and probably my last. Once I was at Itäkeskus I went to the library to see if they had any Beck cds. They had, so I borrowed three. I want to hear some more of his output.

While I was leaving the library I got hit by a tremendous wave of sadness. Something about leaving the library reminded me of Auo and I stood for some time in the bus station with tears streaming down my face. Fortunately that falls well within the range of expected behaviour around there so nobody took any notice. People either walked past or sat on the low walls drinking themselves into a stupor.

After a while I decided to carry out the plan I had a couple of weeks ago to walk home by following the route the 97V takes, so I set off from the bus station in the opposite direction from usual. Now I am probably half way home and my plan is seeming less interesting by the moment. I decide to stop to photograph an R-Kioski for no reason at all, and as I do a 97V approaches. I realise I am standing right by a bus stop. I wave it down and get on.

I will get home feeling awful, and go and lie down for a time. Then I will eat some delicious pasta and salad that Irma has made.

After a shower I will go to bed, fall asleep almost instantly, and wake up at 3:10. I will spend the time between then and 6:50 lying awake thinking about as little as possible.