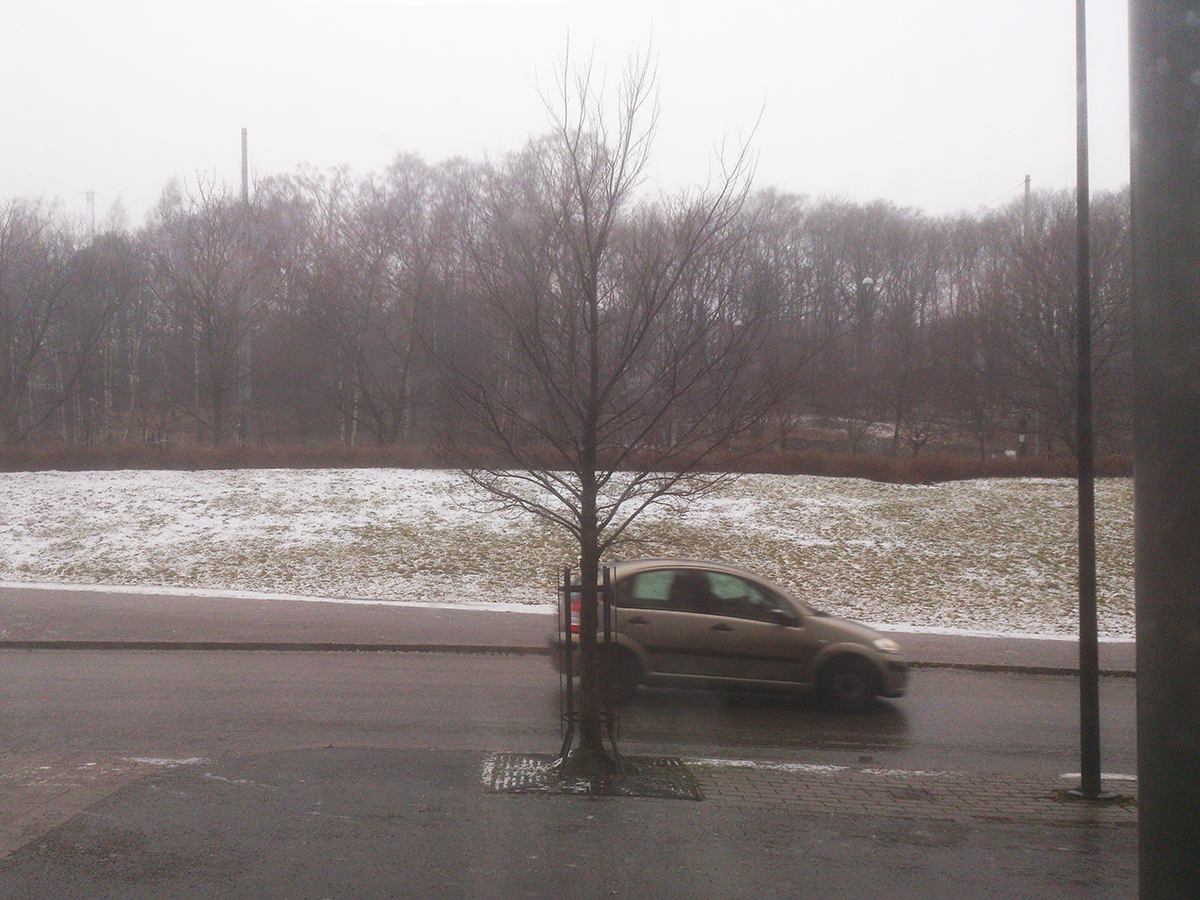 This morning Naa and I left at 7:00 to find ourselves walking through pouring rain. While we were on the bus the rain turned to sleet, and when I came out of the metro station to catch the tram the sleet had turned into a full-blown snow storm.

The weather has been dark and cold all day. Everyone in Arcada has been wearing jumpers, which is unusual given the central heating.

I spent the morning doing administration. I reminded some students that they owed me work. I wrote a short paper. I tried to claim some expenses using the new, completely baffling system, and failed. At lunch I ate turkey steak with blackcurrant sauce. I phoned Irma who was at Jyrki’s shop, which was nice to hear. This cheered me considerably.

In the afternoon Jancke led a departmental meeting at which he showed the new Arcada webpage where bar charts are compiled and animated for every query. We saw the bars going up and going down. Now I am walking back to my desk, empowered with the knowledge that my bar charts will no longer be static. Outside the sky is still a uniform grey. The snow has mostly disappeared but the puddles remain.