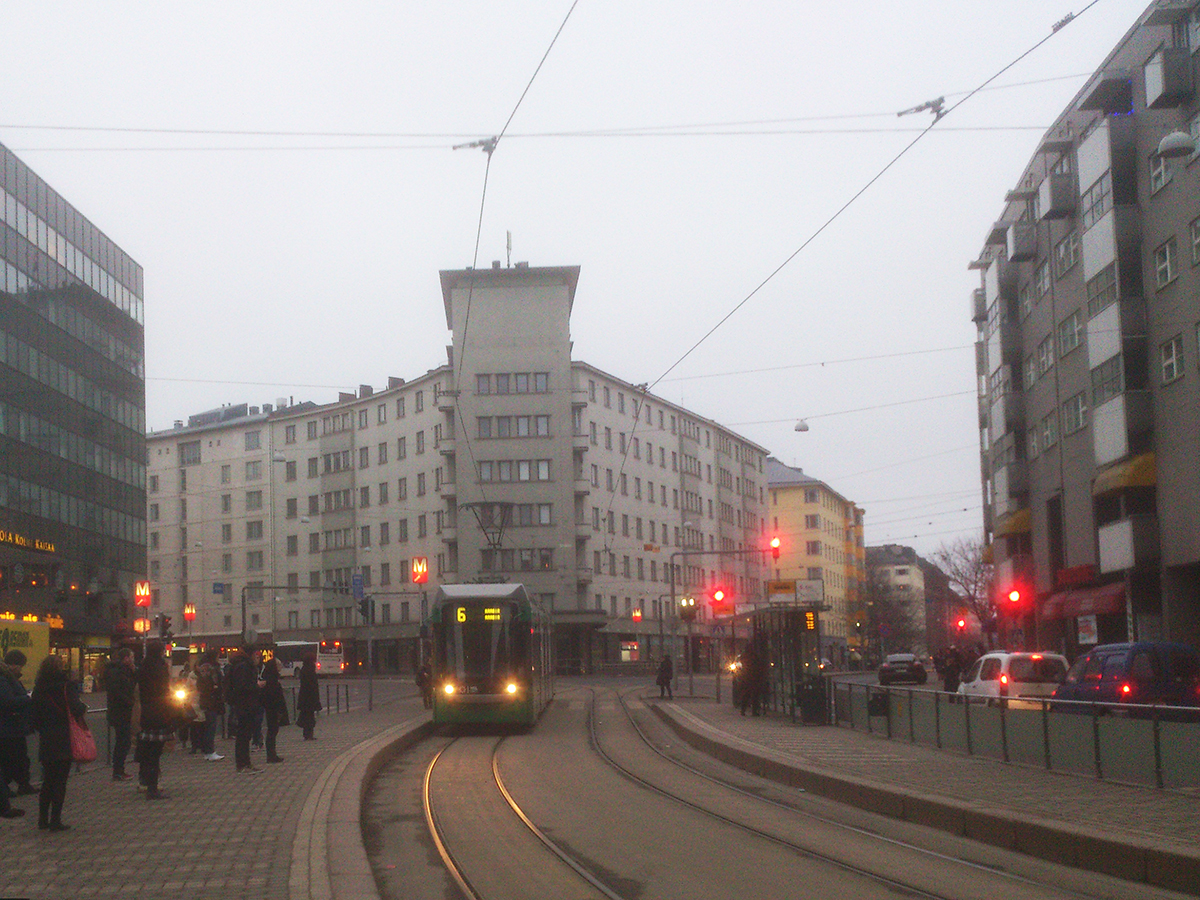 Last night I slept in Naa’s bed, because she was at Kamppi and Irma felt she would sleep better if I was not disturbing her. I certainly slept better. I woke up at 6:45, got up, had breakfast, and left quietly.

Now I am watching the tram arrive. The day is like an early Spring. The snow has almost gone and, if the weather forecast is correct, will have disappeared completely by the time the weekend is over. This is very different from this time last year, when we were still deep in snow with no sign of an end to it.

Riita will join me and I will tell her about the possibility of having Hari run some massage sessions at Arcada. She will tell me about her experiences with ayurvedic massage and similar optional activities in both Kerala and Bali. We will agree to talk with Jokke about whether or not he would like to book Hari as an external lecturer while he is in Finland this summer.

I will get to work to oversee the final session of the Social Gaming course, which will be accompanied by loud music from the sixties. For some reason Alex and Vikke have a keen interest in the work of Tommy James, the Strawberry Alarm Clock, and other remnants of my youth. They will play A Whiter Shade of Pale, and the intro will take me straight back to a summer holiday in Southend listening to it on Radio London and the other pirate ships. I remember attending the opening of the Arnold Palmer crazy golf course on the seafront, just to meet Mark Roman, the afternoon dj on Radio London whose show was imaginatively named The Roman Empire. He was officially opening it and I was unofficially impressionable.

In the afternoon I will attend Rector’s Kaffe where we will all welcome a new doctorate with sparkling wine and cakes. After this excitement Tommy and I will wrestle with the M2 Expenses system in a final effort to allow me to claim for the ebooks I bought last month. After both of us have wrestled with the system in three languages for about twenty minutes something will have happened. The expenses will have been sent somewhere, or they won’t have been. After another five minutes I will resign myself to never knowing which.

Interface designers should study the M2 website the way archeologists study hieroglyphics. They would learn a lot about the ancient history of the web, and the way things used to be done a long, long time ago.