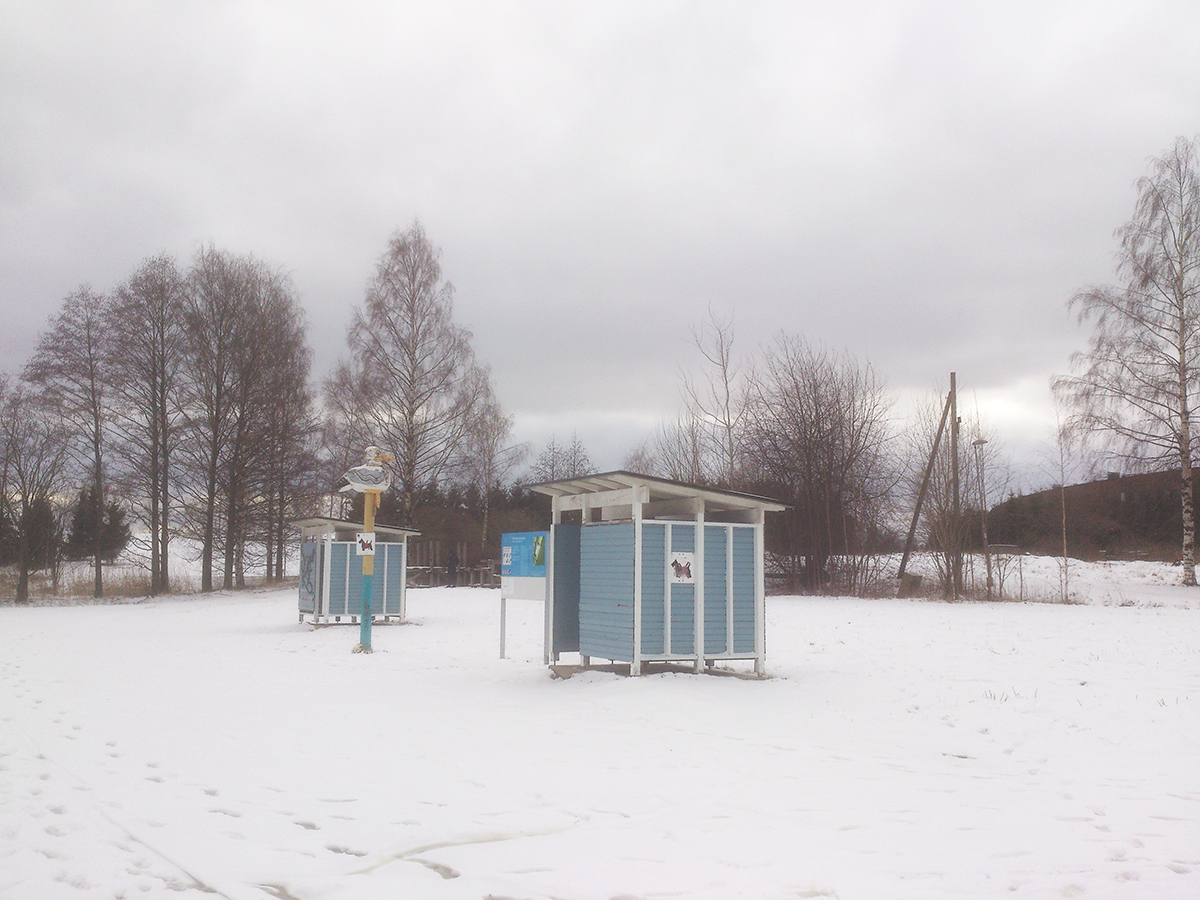 Last night I had an interesting dream. Auo and I were in Brixton, at the bottom of Coldharbour Lane, with someone else who was a woman, but never really distinct. We could see men sitting on pub tables in the street and we joined them. They were in front of a railway arch where we could see vans parked.

They kept insisting, and Auo thought this was both stupid and amusing, and began questioning them. Eventually some of them gave her samples of their mashed potatoes, which were all subtly different. Some contained onions, some had herbs, and one had Bovril gravy. Auo was finding this hilarious, and then I woke up.

I went for a walk in the morning and now I have gone for a longer walk. I have walked past Plantagen down to the sea and along to the swings on the beach, which is where I am now. This place reminds me very much of Auo, because we used to cycle here many weekends every summer. We also walked here in the snow last winter.

I will decide to walk up to the metro and along the road, something that Auo and I always intended to do and never did. It will be a long walk and I will end up by the crazy golf on the corner of the ring road and Itäväylä. For some reason this will upset me greatly.

On Friday, for example I listened to Iiro Rantalas’s new album Anyone with a Heart, in which he plays in a trio with a violinist and a cellist. I realised that Auo would have liked it, and that we would have looked to see if we could find the trio playing somewhere, and that I would then have taken her to see them. The fact that none of that will ever happen depressed me greatly. I could go and see them on my own, and probably enjoy the music, but it would not be the same, and I am not sure I can be bothered.

In the evening, while still upset and showering, I will knock against a light on the shower-room wall, causing the glass lampshade to fall off and smash on the floor. I will manage to wipe up the glass without cutting my feet, which will be more than I am expecting.

I will sleep badly.