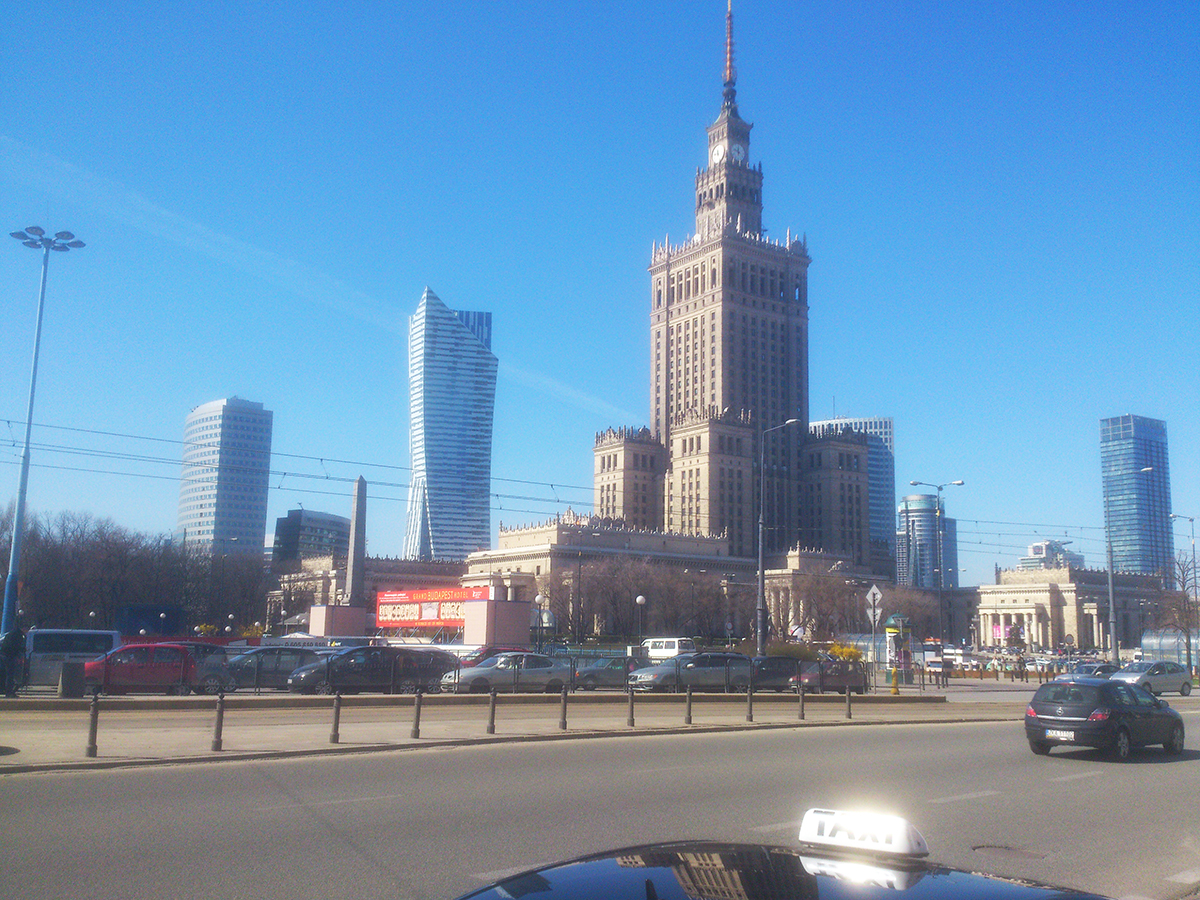 I started the morning with cold meats, cheese and breads – and an obligatory glass of sparkling wine. After that we went to our room and did nothing much for a while.

We had decided to have dinner earlier today and so at midday we wandered through the subway in a different direction. We ended up outside another row of shops that included a large Marks and Spencer. Shopping ensued, and biscuits were bought.

Clothes are cheaper than in Helsinki and so we went to M&S, H&M, C&A, and any other abbreviations we could find.

Irma’s ability to keep shopping is a wonder to behold. I have given up temporarily and am sitting on one of the many benches in the streets here, watching people go by. The main street is full of trams that come in many different sorts and move very fast. I am noticing that the city is plastered with large advertisements for Chris Norman’s concert tonight. Chris Norman used to be the lead singer in Smokie, some forty years ago. It appears that he is still big in Poland.

Having taken our finds back to the hotel we will go out again in search of dinner. We will go down a walking street that we saw earlier and find a restaurant called CK Oberza, with a dot over the z. I will have half a duck with red cabbage and potatoes and the portion will make yesterday’s seem small. It will be the kind of place where people drink beer or vodka with their meals. We will opt for beer.

Afterwards we will walk further down the road and see two shops selling bubble tea, whatever that may be. We will also see a five piece percussion band busking.

Later, while Irma has slipped back into a shop, I will attract a number of Polish punks, some with the traditional fierce dog on string. Since Polish is impossible to understand or even guess I will never know if they are wanting cigarettes or money, or offering to sell me drugs.

Or asking whether I like the music of Chris Norman.

Still unable to find the promised videos on demand we will spend the evenong watching three documentaries on the National Geographic channel about fatal plane crashes. One involved the Russian airforce shooting down a plane where the pilots had drifted 500 miles off-course through failing to understand their instruments. One involved a pilot letting his children fly the plane, and thereby discovering a little known flaw in the steering computer. One involved two pilots trying to perform opposite actions at the same time.

It seems that there is a lot that some pilots don’t understand that we might reasonably assume they would: things like understanding all of the controls, not just the ones you use to take off and land.

We will go to bed reassurred about our flight tomorrow..