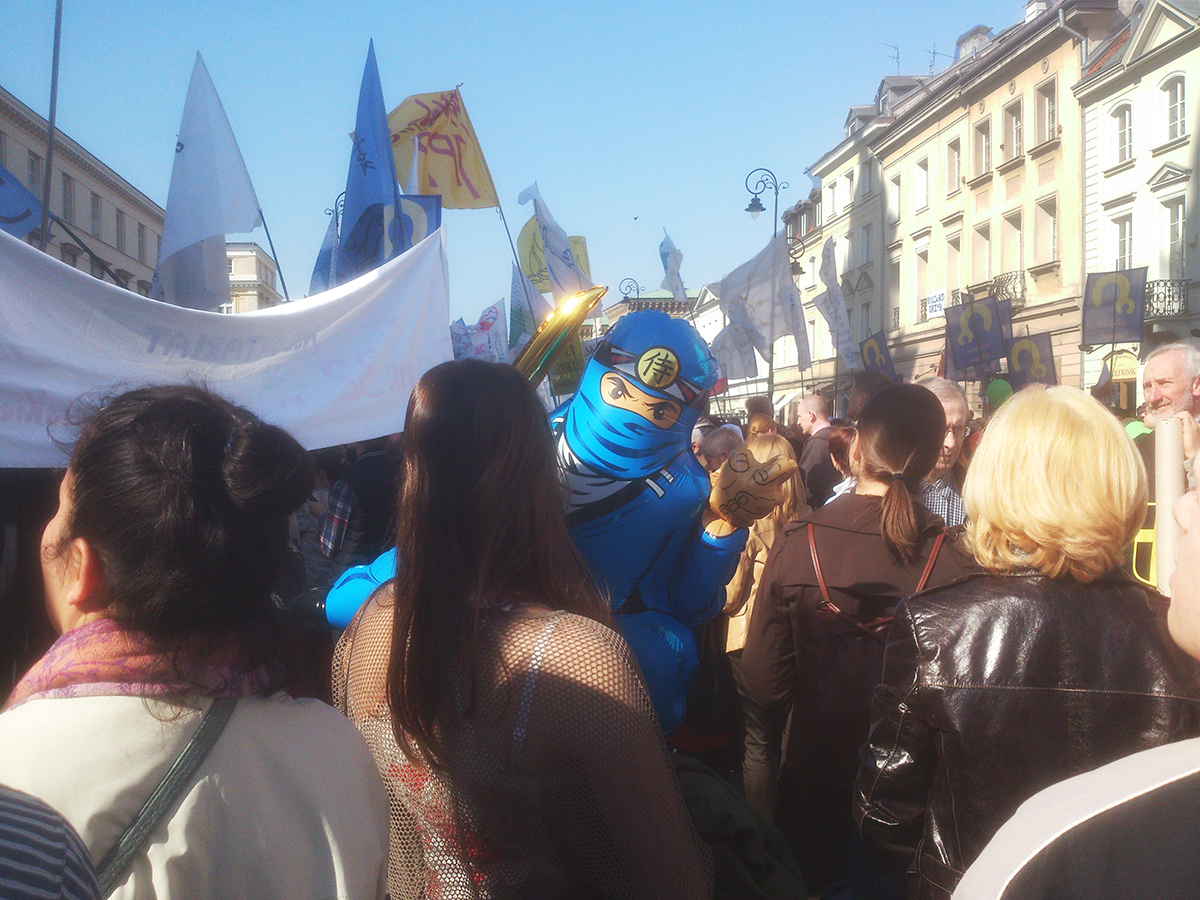 Last night we both slept soundly, and when we woke up we noticed that there was a marathon happening outside the hotel. For thirty minutes or so runners ran up the main road while music played.

At 9:30 we had our final buffet breakfast. The hotel was packed with weekend guests and we ended up sitting in the adjacent Bojangles cocktail bar, which was bizarrely decorated entirely in Rat Pack memoribilia. Pictures of Frank Sinatra and Dean Martin in various states of drunkeness stared down at us as we ate our cold meats and cheeses.

In three days I have had my eggs boiled, scrambled and now fried. If we had stayed one more day I could have had an omlette.

On Friday, when we were trying to work out how to cross the main road, we came upon a tiny gingerbread shop, hidden in the courtyard of an old apartment block. Later we realised that the courtyards were full of tiny shops of all kinds. This morning we returned to the gingerbread shop and bought an assortment of gingerbread-as-art objects.

I showered and Irma packed and we checked out, leaving our luggage there while we went for an extended final walk. We walked down Ulica Chielna, and this time we walked the entire length. It appeared that promenading was a popular Sunday sport because the street was crowded, and the bars and cafes were full.

At the bottom we turned left along Nowy Swiat and, to our surprise, and my childish delight, we found a Nespresso shop. We had never seen one before so we went in, and it felt like we had stepped into the pages of Monocle. We sat at the bar that was serving free coffee for customers, and then Irma bought some tubes of capsules to use in the machine I bought her last year.

We carried on walking and came to a church that we never identified. We went in to find a band rehearsing loudly. We sat and watched for a while and left, to find that, while we were in the cathedral, the street outside had filled with a large demonstration. The priests stood on the steps with supporting banners.

I am standing watching from the middle of the crowd who are demonstrating against abortion, homosexuality, premarital sex, short skirts, long hair, and anything else they can think of. From the graphics on the banners and flags I suspect that it is the first two that concern them most. For some reason that I cannot imagine, the woman in front of me, who does not have a child with her, is protesting by waving a helium balloon in the shape of the Lego Spinjago character.

We wander back until we pass CK Oberza, where we stop for a final Polish meal. Both of us are still full from yesterday. Irma opts for a starter of sauages and baked potato, which looks like a main course to me. I have a “large potato pancake stuffed with wild mushrooms”. Large is an understatement, and the stuffing and gravy probably contain half a kilo of mushrooms.

We will check-in at the hotel while we are collecting our bags and take a hotel taxi to the airport. We will be at the baggage drop thirty minutes before the Finnair staff. The airport will be pleasant, and I will check the price of beer to pass the time. A glass of beer would cost me 14.80, which is approximately 3.70€, or just over one third of the price at Helsinki airport.

The flight will be entirely uneventful, and we will wait for almost an hour at Helsinki airport for our luggage. We left with hand luggage but Irma bought some liquid soap and so she put her bag in the hold for the return journey.

Naa will be up waiting for us, and the three of us will go to bed somewhere around midnight. I will take some time to get to sleep, and then wake up at 4:30 when the cat will start howling for attention. The cat will not stop until about 6:15 by which time it will be too late to think of getting back to sleep.