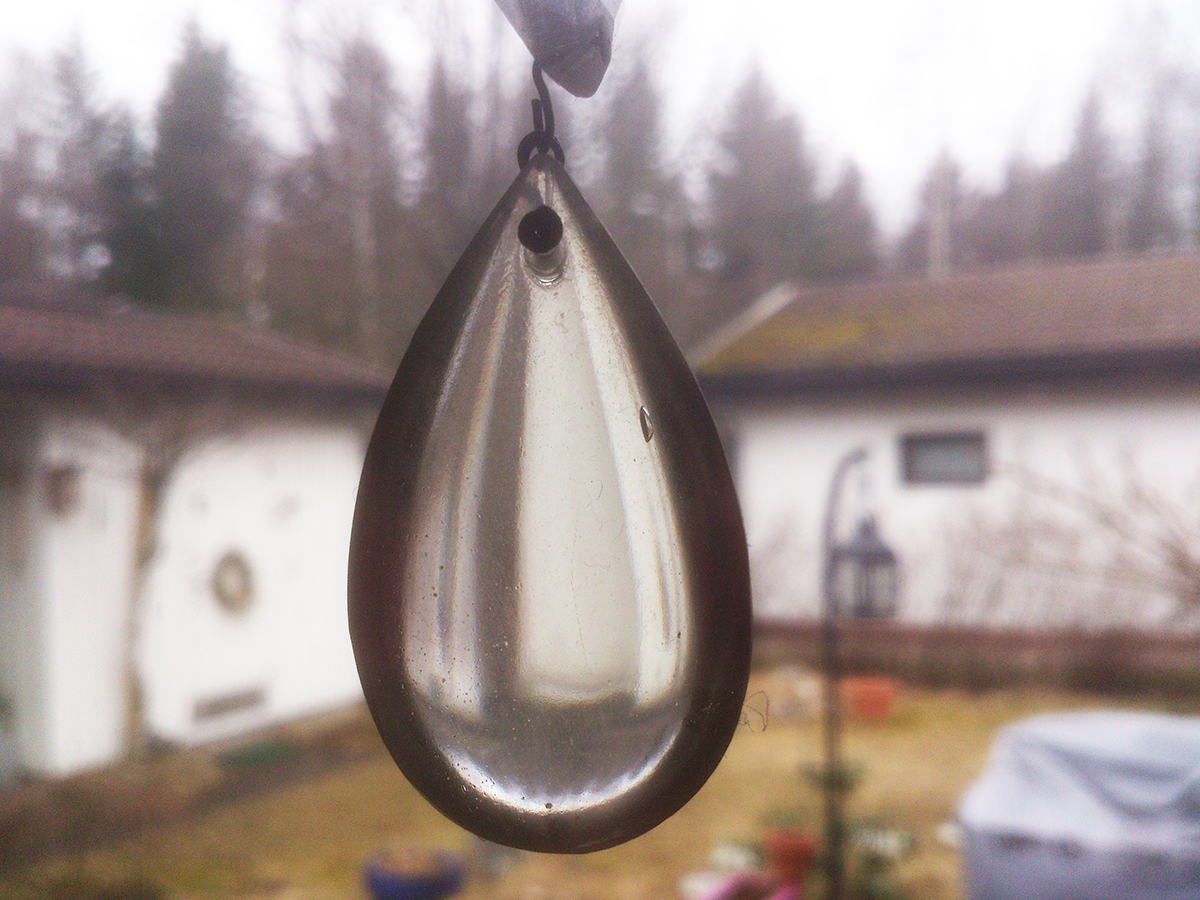 I brought my laptop home on Friday, and yesterday I began the process of moving all my files from the old hard disk to the two new ones I bought on Wednesday. I continued the process today.

The weather has been dull, grey and wet, although the glass pendant in the window makes it look more interesting than it actually is. Last night we both missed Auo a lot, and this morning the feeling of loss is still there very strongly. Irma just can’t get used to it. I suppose I am used to it, but I am certainly not happy about it, and Sundays seem to have become days of sadness and aching.

At some point in the early afternoon, when the rain has stopped, I will go for a walk to test my leg. I will end up in Itis, where I will be in two minds about whether or not to buy a third bargain hard disk. I will decide that if they have a red one I will buy it and if they don’t then I won’t. They will have just one red disk, and so I will get it.

My leg will ache, but no longer fail to support me. I am not at all sure what this means for this year’s Midnight Run. It is on Auo’s birthday this year and Naa and I have been planning to make a superhuman effort to complete it in less than one hour, by way of a tribute to her. At this rate I might have to hop the ten kilometres. Today I will cheat and get the bus most of the way home.

Since I have nothing at all on the internal hard drive on my laptop the new black drive will be used as my primary disk, and the blue one as my backup. I am acutely aware that I have a lot of irreplaceable photos and videos of Auo on them, and so I suspect that a second backup would not be a stupid expense. I can keep one at work and one at home, and be reasonably secure about not losing everything.

I am also acutely aware of the irony of feeling “reasonably secure about not losing everything” in the context of trying to retain some digital memories of someone who died without warning.

By the time I go to bed the black and the blue disks will be finished. I will do the red one next weekend.