This morning was Easter Monday. We all got up late. The morning was sunny and the sky was bright blue. I let the cat out and watched it stop to look at something. I went to see what it was and immediately and back in for a camera.

I was looking at two frogs on top of each other motionless. The bottom one was enormous. The cat seemed puzzled by them. It made no move to grab them and stood staring, somewhat suspicious. 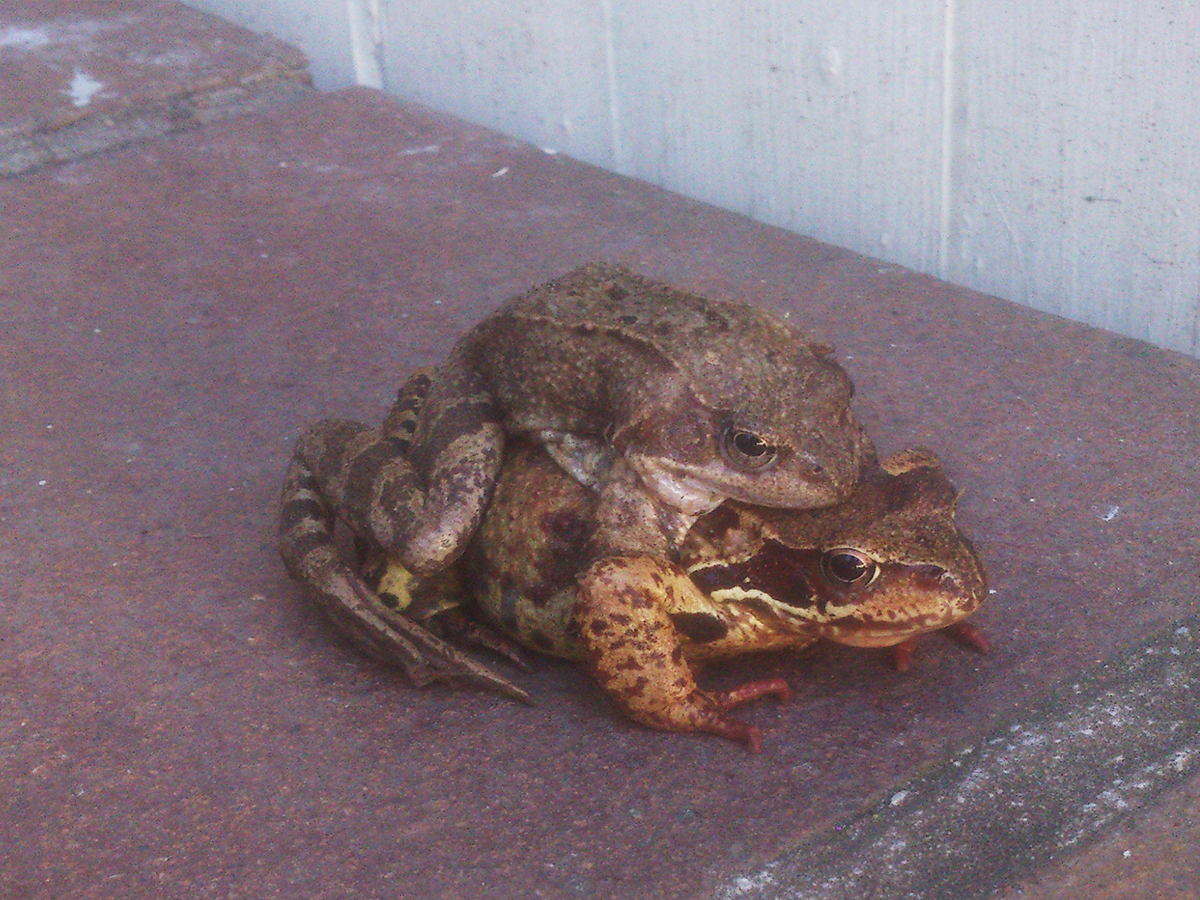 An hour or so later Irma found they had both jumped, one still on top of the other, on top of a decorative frog sculpture we have in the garden.

Were they mating? We are not sure.

Later in the afternoon, when the sun had moved, and they were no longer in the shade, Irma poured water over them. Later still she put them in a box and took them to the woods. When she put them down they hopped into a wet hole at the bottom of a nearby tree trunk.

She left them there doing whatever they were doing.