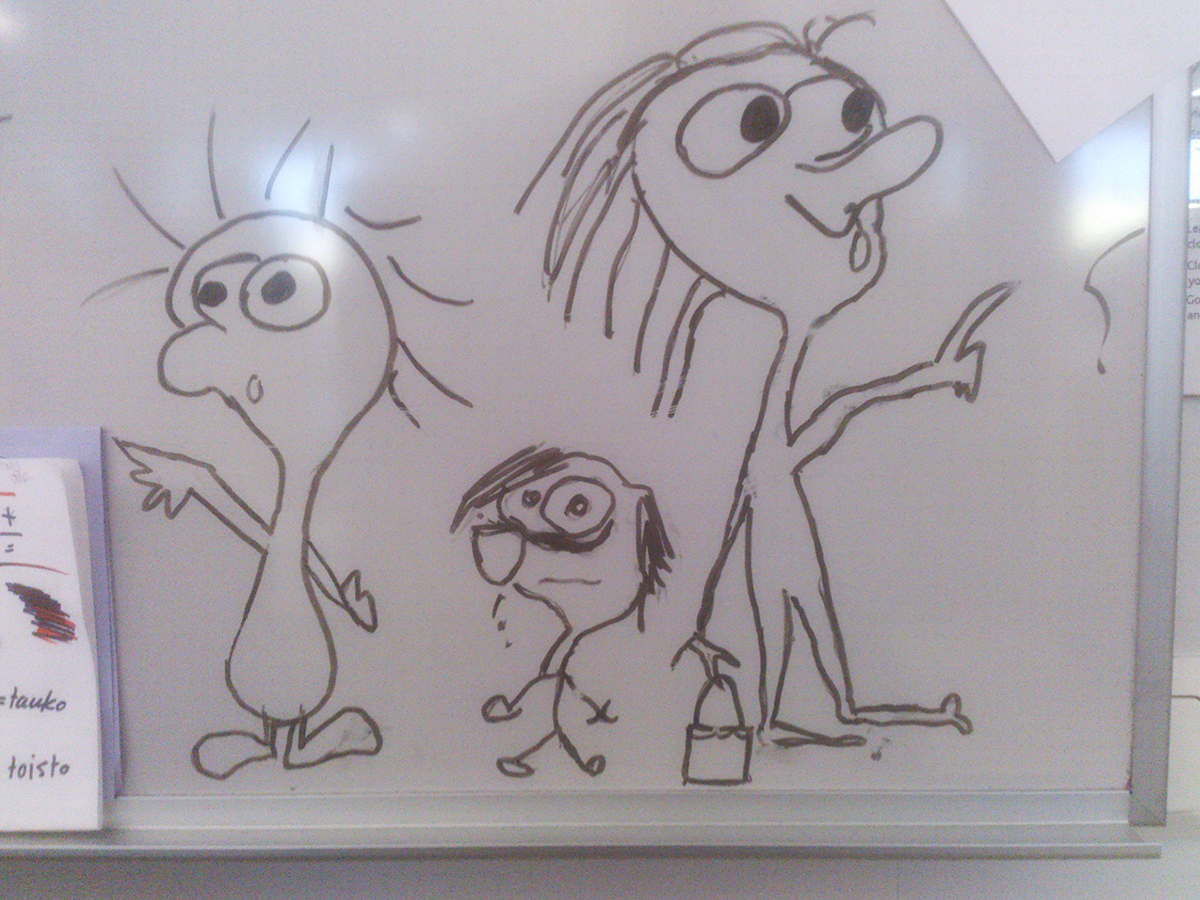 This morning Naa and went to work ten minutes later and got the crowded 93 bus that arrived thirty seconds ahead of the completely empty 97. I have tried to get the empty one in the past, but the problem is that experiment shows that trying and failing to flag it down as it arrives ten metres behind the 93 can easily lead to missing both of them.

I started the morning by clearing most of my task list for the week, after which I built a javascript clock for the front page of the Omtänk site that counts down to the site of the event. I then did a subtle but important redesign of the site at the request of the Event Producers, who wanted to start adding teasers for the party.

After lunch I did a complete backup of everything and contemplated switching from Chrome to the new, improved Firefox. Then I wrote a set of emails to Odense, Capetown and Portsmouth on the subject of interactive storytelling. I have decided that the framework I have – the one I used last week – is sturdy enough to build upon, and that that is what I should do.

While thinking this I looked up and saw Patrik rearranging the whiteboard and noticed that he had revealed a final piece of Auo’s artwork. Now I have leapt up before any erasers appear in any hands, and I am photographing it as best I can, given the propensity of the whiteboard to reflect every available light. I had not known that this was still there.

I remember Auo drawing this. As she started I looked up from whatever I was doing and asked if they were Moomin characters. “No they are not”, she said. “I can draw the Moomins very well if I want actually, but these are something very different.”

I remember a lot of things, including the fact that she was drawing them in this style as a protest against being bored. It was one of those days when there was no school and she had come to Arcada with me to have school lunch, which she always claimed was at least a hundred times better than the lunches they got at school. Now it was almost time to go home and I just had to finish one more task, and she amused herself at the whiteboard in a silent protest.

Soon I will pack up and leave, in a bid to see Naa before she goes to spend the next thirty hours or so with Sampo. In the evening Päivi will come for a visit and I will do digital things while she and Irma chat.

Last night we got sucked into a random episode of Criminal Minds just before we went to bed. Uncharacteristically, it turned out to finish with a cliffhanger. Tonight we will end the evening finding out what happened after the van exploded.