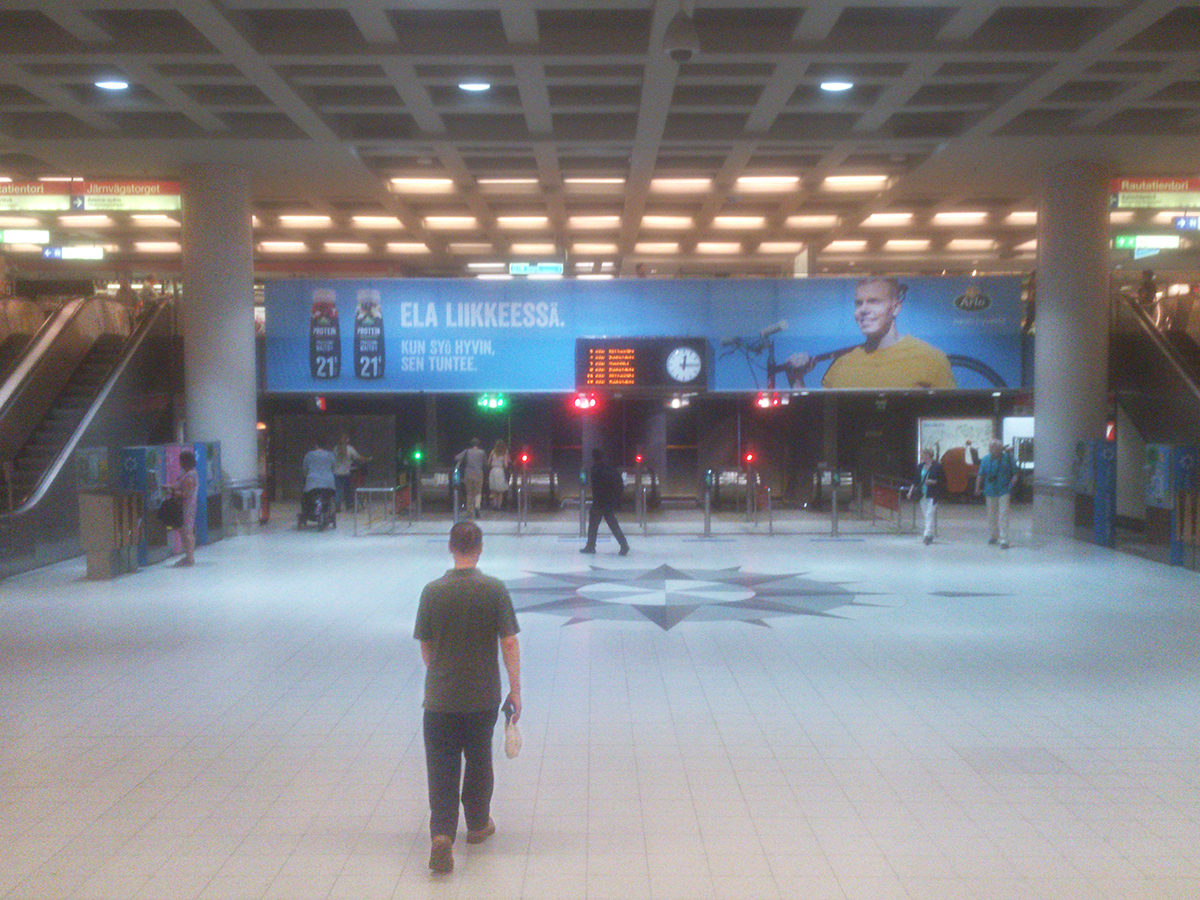 Today I am working from home, and so I got up later, sometime after Irma had left. Naa was still soundly asleep and the cat was ready to come in from its early morning patrol.

At 9:00 I had a Skype meeting with Jutta, and at 9:30 I started a long Skype meeting with Erik. I explained everythingthat had happened in Tallinn, and the conversations that I had had at Arcada subsequently. In ninety minutes we had worked out the basis of a 5 ect course that we can deleiver both online and offline in Spring 2016. I agreed to write it up and mail a short paper to Erik, Jutta, and Lasse. I then went back to Jutta to finish our conversation and bring her up to date.

By this point Naa as up and wanting conversation. She is missing Auo a lot, and more so since school ended. She is also worried about what will happen when we get to Sundö in ten days time and she starts working on the farm – something which she always did in a team of two in which Auo was the noisier and they both played to each other’s strengths.

We chatted until I had to leave to for the centre for my next dental appointment. I had an x-ray in a machine so modern that I felt as though I was in a scifi tv series. Tero then did two fillings in almost as many minutes and told me to make another appointment for next week.

Now I am walking down to the metro to return home. The weather has suddenly turned hot and I am feeling overdressed, even though I only have a shirt and a cardigan on. Ahead of me Elastinen, the Finnish rapper, is advising me on the benefits of some high protein milk drink, which will presumably enable me to cycle grinning through the Finnish countryside.

I will spend the afternoon at home finally managing to get the old Negrava cassettes transferred to a digital format. Doing this will involve using an old Windows 7 computer much less modern than my current laptop. With the old Asus it will just work, and I will be very happy. I will be less happy to realise that the tapes have indeed degraded in the thirty years they have been lying in boxes. They are listenable as archive recordings but they are not something I would want to release for consumption as entertainment.

On the other hand, once I have got used to hearing them as though they were being broadcast from a pirate radio ship onto an old transistor radio, some of them will sound much better than I remembered. Maybe I can factor this in and manufacture a time capsule of specialised entertainment for a niche market numbering approximately one.

Naa had spent the afternoon having a picnic with Wiljam, and she will arrive home to find me with the laptops packed away and cleaning materials in my hand. Taking advantage of the fact that the cat is out again in the heat I will clean the floors and get the vacuum cleaner out.

Irma will arrive home and leave again to take Tarku to Ikea.

Finally, before bed, we will discover that the summer schedules have kicked in on Fox TV and Criminal Minds starts a crucial five minutes earlier. We will miss the first three minutes without feeling that we have missed anything at all.