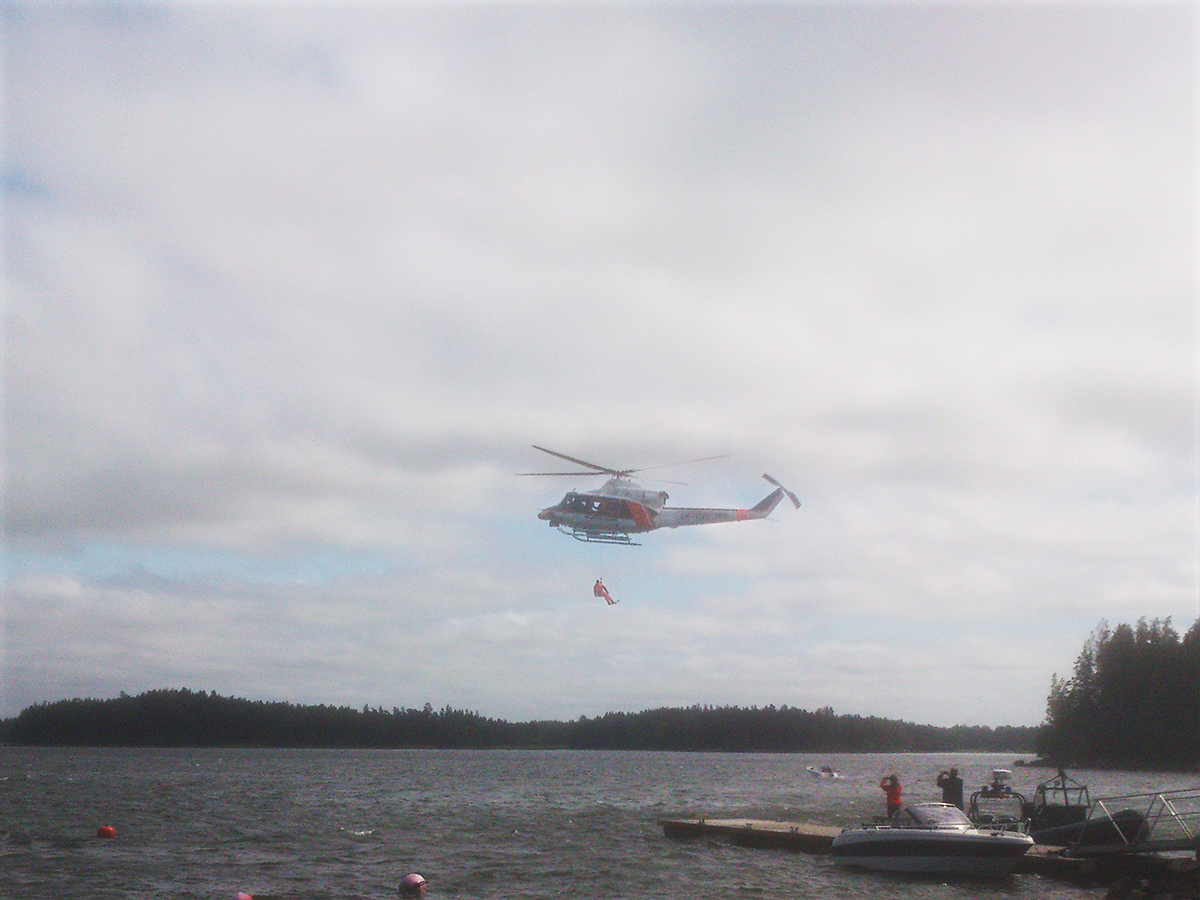 We got up early for the market. Åke Andersson was not coming today and so Irma had been told she could have the stall. We set up and Terttu joined us in the other half of the hut. The weather was cold and very, very windy.

I got the early morning coffee and egg bread, which was on proper island bread. There were hardly any customers, and the cold and the wind continued. We felt strangely outside it all, as though we were watching the market on television rather than participating in it. Naa had stayed asleep and didn’t really want to come, and Auo was sorely missed. Many people nodded to us but stayed their distance, whereas in previous years they would have come across and chatted. For some it was the first time they had seen us since last summer and, I suppose, a certain degree of awkwardness was inevitable.

Today is the day that everyone on the island brings their fire extinguishers to be tested, refilled or replaced. It is also the day when the fire brigade and ambulance crews do safety demonstrations. Today the Border Guards have arrived in a helicopter to demonstrate grabbing a drowning man from the ocean. The rscuer is on his way down now, and I am standing alone filming it. I suddenly realise how much I miss Auo in this kind of situation. I can imagine the comments she would have made and the questions that she would have asked. What happens if the drowning man won’t come? (I will learn later that the standard procedure if the person being rescued panics is to break one of their fingers. Apparenntly the shock stops them thrashing around.)

Despite the lack of customers Irma will make enough to cover her rent, and buy a cup of coffee. We will learn that Åke will not be coming next week either, so we are able to leave all our stuff in the shed.

It is Shop Day in Söderby so we drive to Erika’s shop to chat and buy, and get our free shopping bag. We will spend the afternoon mowing and pulling up weeds, stopping occasionally for a traditional cider break, and by the time we have a fresh fish and new potato dinner, the garden will almost be back to normal.

All three of us will be very tired. Sunshine will appear after a long day’s hunting, and we will all be in bed asleep by 21:30.