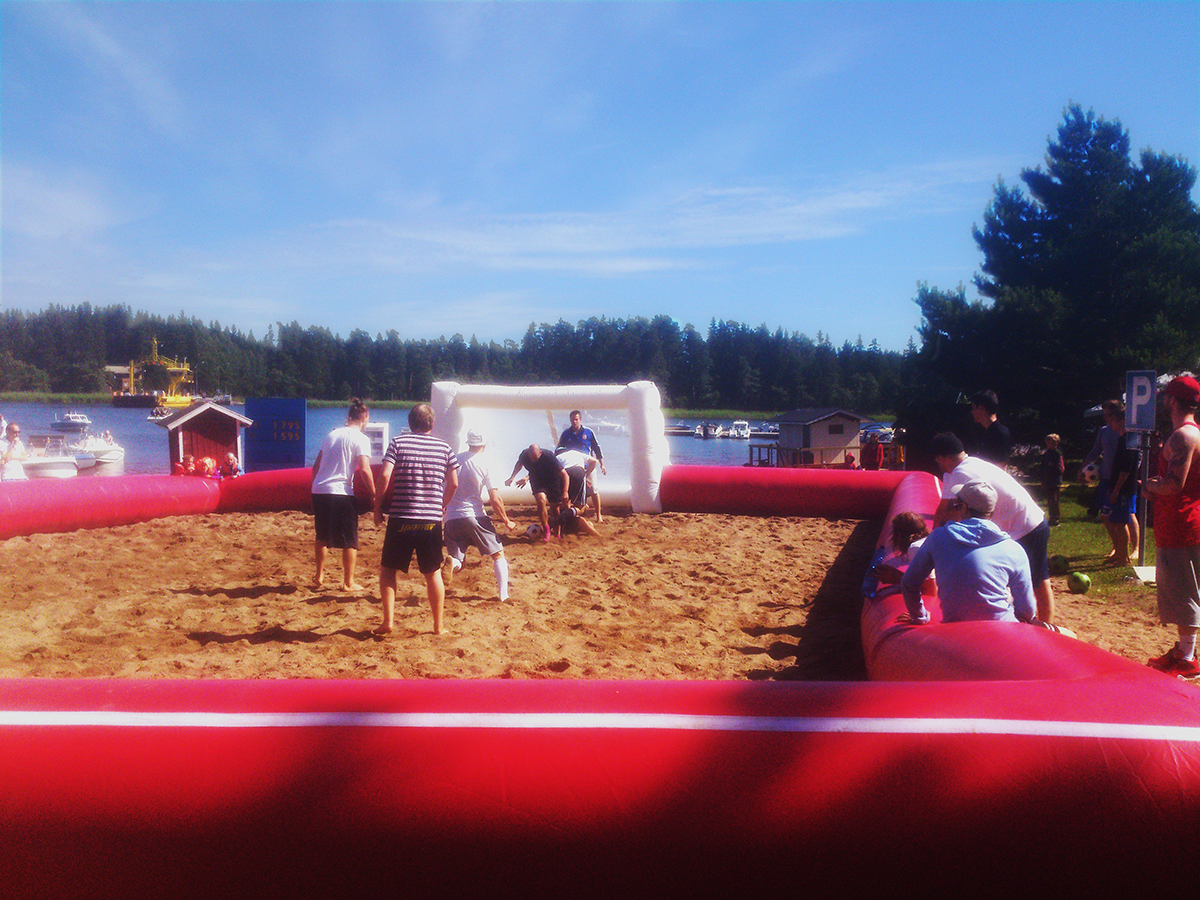 This weekend is Pellinge Dagar, and this morning at the market there was a celebration of the 100th anniversay of Tove Jansson’s birth. Erika, from the village shop shared the hut with Irma, selling a huge range of different Moomin-related books, games, cups, and bags. There was a reprint of the board game that Tove Jansson and her brother designed in the 1950s, which I had not seen before. Erika confirmed my suspicion that it is a lot like Afrikan Tahti.

We spent a couple of hours in the bright, sunny afternoon doing three loads of washing. While we were doing it we could hear cheering from Tirmo, and I remembered that today is the annual beach football competition outside the bar. Now Naa and I are there watching. She is finding it hilarious how seriously the men are taking it.

Naa and Auo used to go to the shop a lot last year and the year before. They would go for ice creams and to sit on the terrace with lemonade. Sometimes they would just go, because they were bored and Ville and Margit might be there. Naa has not wanted to go on her own, and so this is the first time she has been to the shop this summer. We wander around it, and by the time we get the ferry back that is one more thing that she has no longer not-done.

Later Irma will put Sunshine onto the sauna house roof for the second time in two days, to its obvious irritation. Yesterday it walked around the edge of the roof for about ten minutes before making an enormous leap onto the (lower) roof of the shed and from there onto a table and then the ground. Everyone was shocked since it is not know for its athleticism. Today, it will look around for a minute or less and then just drop to the ground, before going to hide under the shed before Irma can do anything else.

Having had about four hours sleep yesterday, between the last time listening to The Rose and opening the market stall at 8:00, we all collapsed into our respective beds at about 22:20 tonight.