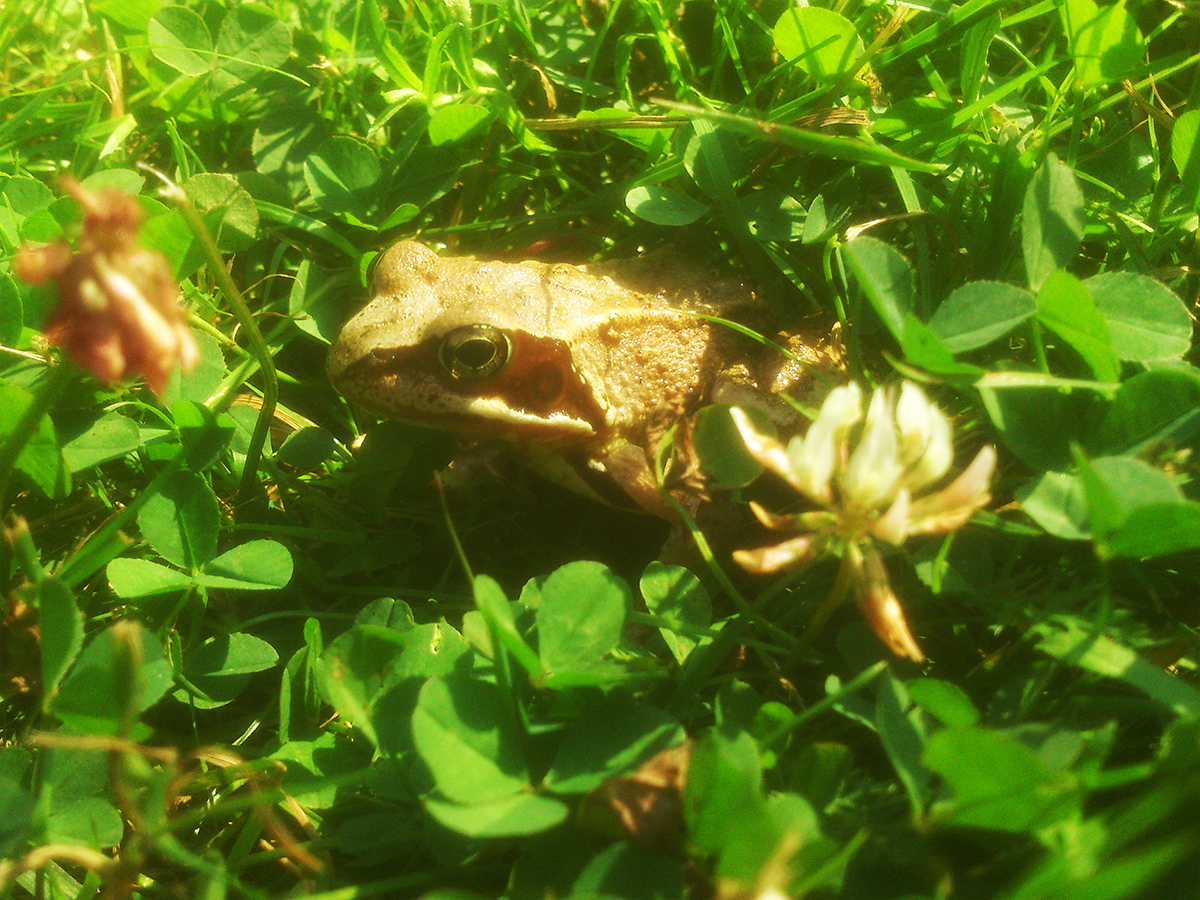 At 9:00 Irma left for Borgå to collect her mother, who was coming to visit for the day. At midday she arrived back with her mother and a new cooker. I had spent the morning reading and (re)writing.

When they returned I collected all the cherries from one of the tress and then sawed down another branch that was blocking the sun. We then planted two irises.

Now I am sitting reading and Sunshine is wandering around. Quite often we tend to think of it as a bit dopey and not very athletic, but I just watched it notice a butterfly in flight, watch it carefully, and then make a huge jump from a sitting start and successfully catch it in midair. Now I am watching something even more surprising. It has spotted a frog jumping acorss the lawn, but failed in its first attempt to catch it while it is jumping. It tries again but misses and then the frog just stops and sits completely still.

To my complete surprise Sunshine cannot find it, even though it has stopped about half a metre away. The cat is sniffing around and sometimes almost standing on the frog. It is even looking at it sometimes, but it cannot identify it. I go to get my camera and when I come back the cat is still looking for the frog which is now about 20 centimetres from the cat’s head. I lean forward and photograph it.

In ten minutes time the cat will give up, growl with irritation and walk off to sit in another part of the garden. The frog will remain stationary for almost two hours before suddenly leaping off. By that point Irma and her mother will be in the sea swimming.

We will eat Åke Anderssen’s freshly caught salmon with Camilla’s potatoes. At 18:45 Irma will her her mother back to Borgå, where she will get the bus to Kamppi, about two hundred metres from where she lives.