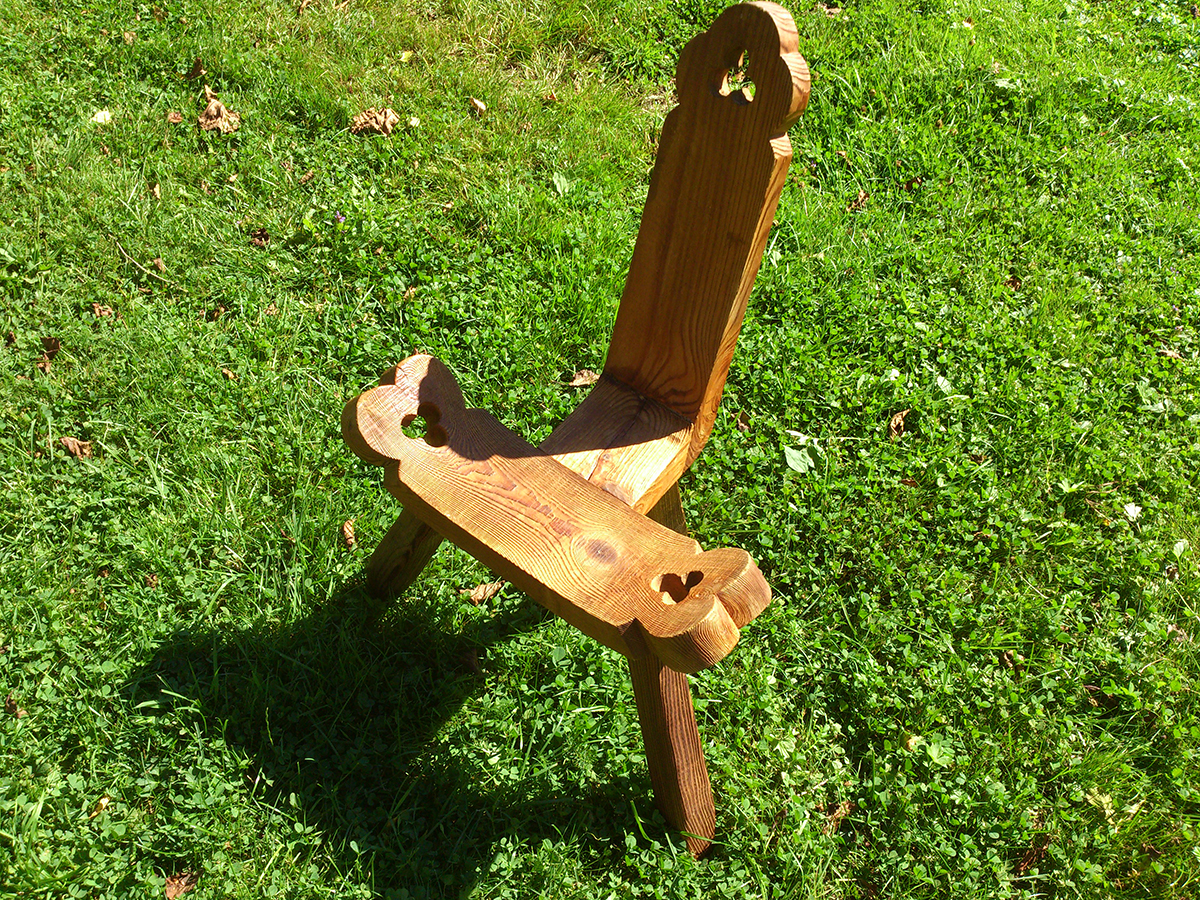 After we had rearranged the bedroom we needed a chair. After we had painted the entrance we found one: an old three legged wooden chair we had got in Björkböda. Last night, while sitting on it for the first time in its new position, the back leg broke and I went tumbling. Irma managed to take a series of photographs of the incident.

I had been under the impression that this was a very valuable piece of old Finish country design, and apparently I was wrong. It is a modern copy of an old country-style chair that, even in the original, is neither valuable nor rare, nore interesting. Irma has put it in the garden to stand a plant on and I am photographing it because I still find it interesting, in that I have never seen one like it before. Initially I was sceptical about it but it turned out to be very comfortable right up to the moment when it threw me on the floor.

In an hour or so I will sit in one of the old garden chairs to read my thesis, which I finally sent off to Stefan and Juha this morning. It isn’t finished, in the sense that they are bound to ask for some changes and I will agree with them, since I am already asking for some changes. It is finished though in the sense that it has a beginning, a middle, and an end: and it more or less makes the sense I want it to make.

As I sit in the chair, which is twenty years old, one of the plastic arms will break and I will be flung backwards. Irma will manage to take a series of photographs of the incident.

Later we will go to Benita’s to get gasoline for the mower and do one load of washing using the miracle pulsaatori.